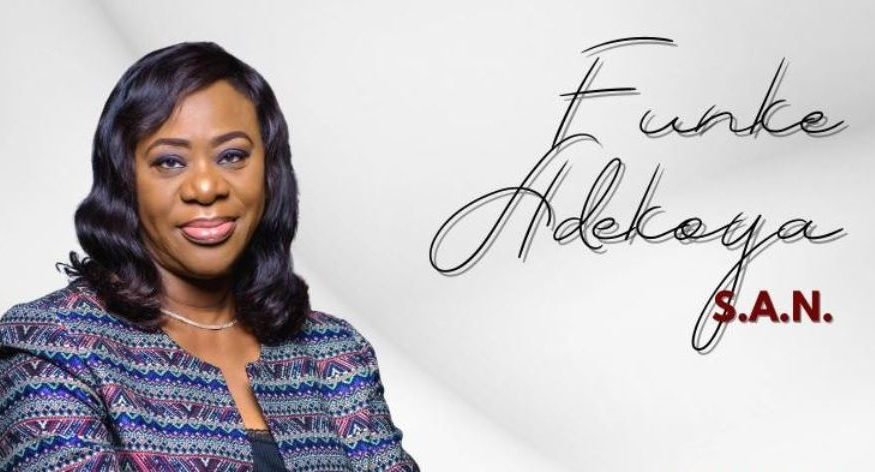 Pre-eminent senior lawyer and Bar Leader, Mrs. Funke Adekoya SAN is set to retire from AELEX, a leading Tier-1 law firm she co-founded with four partners almost 18 years ago. This is coming against the backdrop of her attainment of the age of 70 years.

Perhaps pre-empting her retirement, Adekoya wrote in July 2020 on Twitter: “Time flies when you’re having fun! Glad to have been a part of this dream. Looking forward (with some trepidation I must confess) to the next step in the strategy plan – retirement! Many more mountains to climb!! #Lawfirmmanagement. #Strategy. https://lnkd.in/eNhQybh.”

Meanwhile, the legal industry has been agog with effusive encomiums on the respected legal amazon and globally acclaimed arbitrator. Extolling the virtues of the former Nigerian Bar Association (NBA) First Vice President, the Chairman of the Council of Legal Education (CLE), Chief Emeka Ngige (SAN) described her as “a great Amazon at the Bar.”

According to Ngige, “I took interest in Mrs. Adekoya when she contested and was re-elected as the National Treasurer of NBA at the 1991 NBA Annual General Conference held at Owerri. Her Treasurer’s report shook the conference to its foundations. Since then Mrs. Adekoya has remained a beacon of conscience and integrity at the Bar.”

Not done with his lavish praise, Ngige said: “As the 1st Vice President under Chief Wole Olanipekun’s able leadership she proposed the introduction of Stamp and Seal by the NBA to check the activities of fake lawyers. She has also contributed immensely to the improvement in the standard of legal education when she served as a member of the Council of Legal Education. She did her utmost best to raise the Bar in the legal profession with the setting up of one of the best law firms in Africa.”

Concluding, the CLE Chairman and former NBA presidential candidate said: “As Madam Funke clocks 70 and retires from active legal practice, I join her numerous well wishers and brothers in wishing her a joyful birthday, many happier returns, sound health, greater heights and peace of mind! I am very proud to be associated with her.”

Adekoya is a founding Partner at the firm and heads the Dispute Resolution Practice Group. Appointed Notary Public in 1986 and elevated to the rank of Senior Advocate of Nigeria (SAN) in 2001, Adekoya has almost 50 years experience in Litigation and Arbitration. As a Litigator, she represents clients regularly before the Nigerian courts at all levels. She also provides expert opinions and has appeared as an expert witness on Nigerian law issues before the courts of England, United States and Turkey.

In the field of arbitration, she represents both local and transnational parties as counsel in domestic and international arbitration proceedings within Nigeria and abroad and has acted in numerous disputes as either party appointed Arbitrator, Sole Arbitrator or Presiding Arbitrator. She lectures regularly on arbitration law and procedure and has been approved by the Chartered Institute of Arbitrators as a Tutor at the Associate to Fellowship Course level.

A LLM graduate of the prestigious Harvard Law School, Boston, Massachusetts, Adekoya is regularly listed by leading global ranking entities as a go-to lawyer, especially in litigation and arbitration. She is ranked Band 1 (Dispute Resolution) by Chambers and Partners; Thought Leader (Arbitration) by Who’s Who Legal; “Most Outstanding Female Legal Practitioner” by Financial Standard Newspaper of the Year 2007, and “Most Outstanding Female Legal Practitioner” by Women Entrepreneurs African of the Year 2007 Network.

Aside from being a former Chair of the NBA Section on Legal Practice (NBA-SLP), CITY LAWYER recalls that it was Adekoya – as Chair of an NBA Lagos Branch committee – who recommended litigation against the Central Bank of Nigeria (CBN) and Attorney General of the Federation when the Economic and Financial Crimes Commission (EFCC) sought to compel lawyers to make reports on their clients to the Special Control Unit against Money Laundering (SCUML). The recommendation was unanimously endorsed by NBA-NEC. Both the trial court and Court of Appeal gave judgement in favour of NBA. It is not clear whether any further appeal is pending on the matter.

Adekoya who is the President of International Lawyers for Africa (ILFA) is frequently appointed to arbitral tribunals, either as sole or party-appointed arbitrator conducting proceedings under the rules of the ICC, ICSID, UNCITRAL and LMAA. Arbitrations in which she has been involved range from disputes arising from gas sales agreements, oil rig supply contracts to joint ventures in construction and real estate.

Her recent appointments have been in disputes brought under the ambit of either a BIT or an investment agreement. She was most recently appointed by the State party as arbitrator in an investment dispute between the purchasers of a monopoly electricity producer and the State in one case and in another case, the dispute was between an investor alleging breach of a mining contract by a State and the subsequent cancellation of the investor’s mining licence. She also advises clients on award enforcement issues within Nigeria and leads the counsel team in arbitration-related litigation.

Adekoya is a Fellow and has achieved chartered arbitrator status at the Chartered Institute of Arbitrators, London and has served as the Chair of its Nigerian Branch. She was a founding Board Member of the Lagos Court of Arbitration (LCA) and a former member and a past Vice President of the Court of Arbitration of the International Chamber of Commerce (ICC) in Paris.

A Life Bencher, Adekoya is listed on various panels, including the ICSID Chairman’s Panel of Arbitrators; those of CIETAC, the Kigali International Arbitration Centre, the Lagos Regional Centre for International Commercial Arbitration and the Panel of Neutrals of both the Lagos Multi-Door Courthouse and the Nigerian Communications Commission (NCC).

She has been invited to conduct arbitration training courses in Accra, Ghana and Kigali, Rwanda and is a regular speaker on arbitration law and practice both within and outside Nigeria. 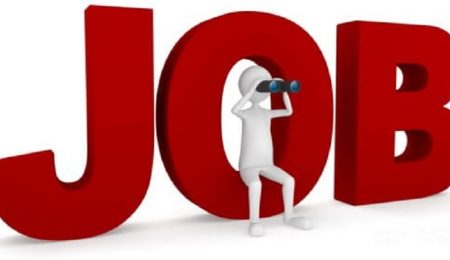