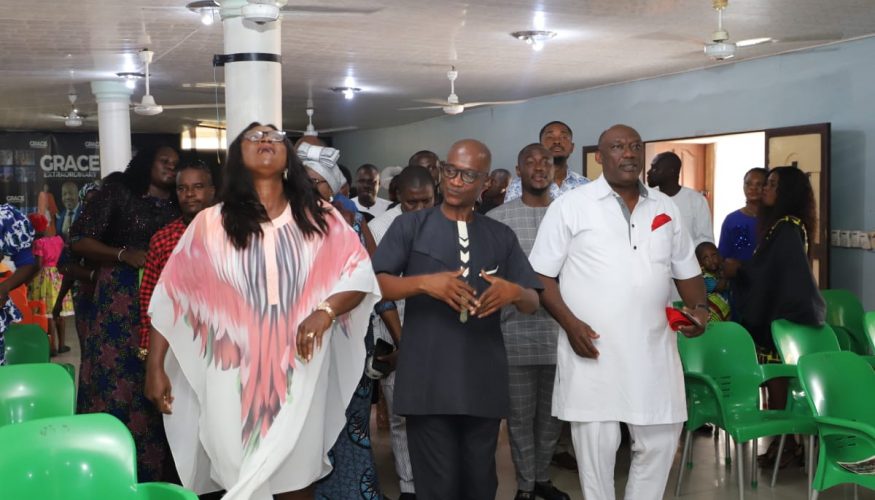 It was a special day as the ebullient members of the NBA Yenagoa branch gathered at the Kingdom Life Gospel Outreach Ministry International, Yenagoa to thank God in appreciation of a successful and hitch free 2022 annual law week of the branch.

The joy of the members were complete with a great sermon that focused the need to build a relationship with God and hear from God as children of God in the obedience of faith.

At the climax of the sermon, the members who were all well adorned in their different native attires danced out to the church altar accompanied by the NBA Presidential Aspirant Chief Joe Kyari Gadzama SAN to give thanks to a God whom many said has been faithful to the branch all through the law week activities.

The highlights of the thanksgiving witnessed the branch Chairman, Ukubiriyowei Saiyou, Esq. who addressed the Church in testimony of the countless blessings of God throughout the branch law week.

The Chairman after thanking God, also thanked Chief Joe Kyari Gadzama SAN who he refered to as the “in-coming President on the Nigerian Bar Association”, for finding time to join the branch in their thanksgiving to God for the hitch free celebration of the 2022 NBA Yenagoa branch annual law week.

After the thanksgiving members were all blessed by the Pastor of the Church. Thereafter, members shared the grace together which was followed immediately by a group photograph of the branch members, their Chairman and the erudite learned Silk Chief Joe Kyari Gadzama SAN and his entourage.

The NBA, Yenagoa branch organized the F.F Egele, SAN Football Tournament during the 2022 law week of the branch. Various football teams such as Ambaowei FC, Wuku FC, Dambo FC, Ayabowei FC amongst many others participated in tournament. Medals and trophies were also presented to the teams that participated in the tournament. Worthy of note is that friends of the Learned Silk, Joe-Kyari Gadzama, SAN contributed a token that was attached to the medals presented to the players.

You may recall that the Learned Silk witnessed the football game for third place between Dambo FC and Ayabowei FC where Dambo FC came out victorious. He also witnessed the finals between Ambaowei FC and Wuku FC where Ambaowei FC emerged as the overall winner of the tournament with a score line of 4-2.

Mrs. Peretimi Peterside, chairman of the sports committee for the 2022 law week noted that the team had lost its first game with a score line of 5-0. She congratulated the team for their resilience throughout the tournament. Afterwards, the medals for the team were given to the Learned Silk, Chief Joe-Kyari Gadzama who congratulated the team and presented the medals to the players of Ambaowei FC, the champions of the football tournament. With smiles on their faces, the players accepted their medals and took pictures with the Learned Silk. 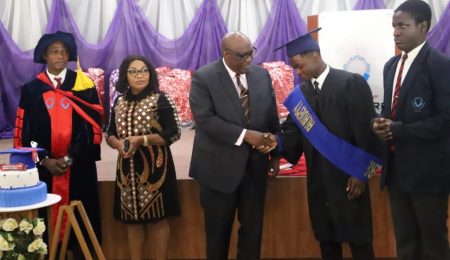 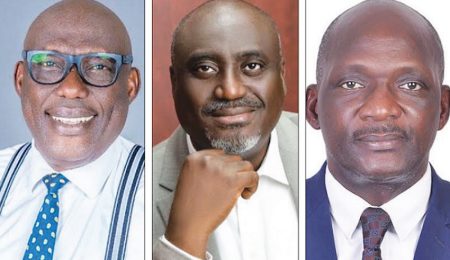