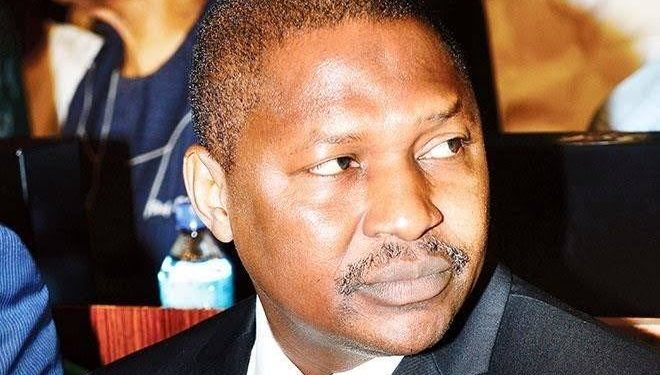 No less than 6,072 persons have so far signed a petition seeking to strip the nation’s chief law officer, Mr. Abubakar Malami SAN of the coveted rank of “Senior Advocate of Nigeria.”

Started barely eight days ago by one Izu Aniagu, the petition which is still trending on www.change.org, the petition is titled “Sign to strip Nigeria’s AGF, Abubakar Malami the title of Senior Advocate of Nigeria.” The tagline states that “Izu Aniagu started this petition to Lawyers in Nigeria and 5 others.” The “Decision makers” listed on the petition are “Lawyers in Nigeria, Nigeria Bar Association, LEGAL PRACTITIONERS DISCIPLINARY COMMITTEE, THE LEGAL PRACTITIONERS PRIVILEGE COMMITTEE, THE NATIONAL JUDICIAL COUNCIL and The Bar Council.”

The petition states that “Since assumption of office, the Attorney General of the Federation has continued to go rogue, from his disobedience to court order, to his lackluster prosecution, to his outright failure to prosecute, to allegations of corruption and bias against his person, to usurpation of office, to shielding of suspects, to his general dereliction of duty.

“This time, the AGF has decided to take his imprudence (sic) to top notch by unilaterally deleting the provisions of the Rules of Professional Conduct which provide for stamp and seal as well as bar practicing fee for government lawyers. The AGF does not have such power. Section 12 (4) of the LPA gives the General Council of the Bar power to make any such amendment and make other decisions concerning the NBA.

“There is no record of any meeting convened by the The (sic) Attorney General of the Federation who is the president of The Bar Council. The AGF took the decision alone and his actions constitute a threat to the rule of law. His action is totally shameful and is underserving (sic) of a lawyer in the rank of a Senio (sic) Advocate, let alone a Chief Law Officer of the federation.”

One of the signatories, Ogholaja Onesiosan gave the reason for signing the petition as follows: “The AGF has abused the rule of law and has not conducted himself in a manner that is expected of him.” CITY LAWYER could not confirm at press time that all the signatories are lawyers.

Following a meeting with Malami in his office, NBA President, Mr. Olumide Akpata had in a letter to the chief law officer dated September 15, 2020 demanded rescission of the amendment “immediately.”

Former NBA Second Vice President, Mr. Monday Ubani had also dragged Malami to the Federal High Court seeking among others a determination whether the AGF has the power to “unilaterally, alter, amend and or make any rules of professional conduct, without a proper meeting of the general council of the bar, duly convened, and notices thereof, issued to other members of the general council of the bar.”

CITY LAWYER recalls that the Legal Practitioners Privileges Committee had stripped some senior advocates of the rank following their conviction for criminal breaches or successful petitions against them.

However, one Fred Ogundu-Osondu argues that the online petition against Malami is dead on arrival, saying: “If his actions can be interpreted as an abuse of the powers vested in him as Attorney-General of the Federation, then an actual petition can be lodged against him before the Legal Practitioners Disciplinary Committee. If the LPDC finds him guilty of professional misconduct, then the LEGAL PRACTITIONERS PRIVILEGES COMMITTEE may withdraw the rank of Senior Advocate of Nigeria from him. This was clearly stated in No. 5 of the GUIDELINES FOR THE CONFERMENT OF THE RANK OF SENIOR ADVOCATE OF NIGERIA, 2007. However, let us keep it in mind that the HAGF is the Chairman of the LPDC. The only other ground is if he is convicted for any offence that in the opinion of the LPPC is incompatible with the honour and dignity of the holder of the rank of SAN as an offence relating to breach of trust, theft or other offence involving fraud or dishonesty. Again, the HAGF is the Chief Law Officer of the federation, and may not allow such prosecution to see the light of day, as he is clothed with the constitutional powers of nolle prosequi.”