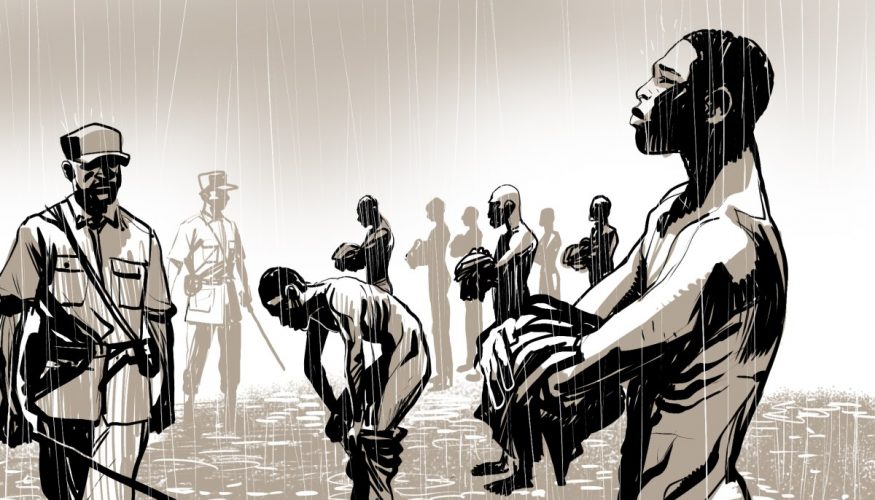 The United Nations Committee against Torture has urged the National Human Rights Commission (NHRC) to investigate 27,858 complaints of torture in Nigeria.

Noting that the commission “has mandate to visit places of deprivation of liberty, receive complaints, conduct investigations and award compensation and request enforcement of its decisions,” the UN Committee commended the commission for its “active involvement in advisory, training, advocacy activities and participation in several investigative panels.”

The Committee in its latest report on torture in Nigeria however noted “the lack of information provided on the follow up to 27,858 complaints on torture and ill-treatment the Commission received between 2019 and 2020, compensations awarded and enforced, and cases communicated to the attorney general at federal and states level for further prosecution.” It also expressed concern at the inadequacy of resources allocated to the commission.

Pointing the way forward, the Committee urged the Federal Government to “Strengthen its office so that it can effectively carry out its mandate in all parts of the country, and provide it with adequate human, financial and institutional resources, in line with the principles relating to the status of national institutions for the promotion and protection of human rights (Paris Principles);

“Ensure that it handles complaints of torture and ill-treatment promptly and effectively and reports publicly and regularly on the outcome of the cases and compensations awarded,” and

“Clarify the coordination with the National Committee against Torture concerning the visits of places of detention, avoid overlap, if any, and strengthen the referral mechanism of complaints.”

On the government’s counter-terrorism measures, the Committee “appreciates the State party’s commitment to adopt measures to fight against impunity with an increased focus on Boko Haram’s crimes, made during the universal periodic review in 2018 (see A/HRC/40/7/Add.1).”

It however expressed concern “at the continuous degrading security environment owed to the systematic attacks by non-State armed groups as well as farmer-herder clashes, resulting in around 2.9 million of internally displaced persons in the northeast, and the reported use of children as fighters or wives by Boko Haram. In addition, the Committee is equally concerned at the numerous allegations of extrajudicial killings, torture, enforced disappearances and sexual violence by military and the CJTF in the course of the security operations, as highlighted by the Special Rapporteur on extrajudicial, summary or arbitrary executions in 2021 (A/HRC/47/33/Add.2, paras. 38-39).”

The UN Committee noted that despite establishment of the Special Board of Inquiry and Presidential Investigation Panel to Review Compliance of the Armed Forces with Human Rights Obligations and Rules of Engagement in 2017, “the Committee regrets the lack of information on conducted investigations and prosecutions, their outcome, and redress of victims.”

The Committee said it is “troubled” by the reports of arbitrary and incommunicado detentions, including women and children removed from or allegedly affiliated with non-State actors, deaths in military-run camps for displaced people across Borno State in 2015 and 2016, the 2017 bombing of the Rann Camp for displaced persons resulting in at least 160 casualties, deaths and poor conditions in military detention facilities, particularly in Giwa Barracks and Kainji military base and the lack of investigations therein.”

While applauding the action plan to end and prevent the recruitment and use of children signed by CJTF in 2017, the Committee “remains concerned at the reports indicating the use of boys aged between 13 and 17 years by military in support roles in Borno State, in 2019 (arts. 2, 11, 12 and 16).”

The UN Committee urged the Federal Government to “Step up efforts to ensure the safety and security of the population affected by the conflict and to prevent violations of their human rights by any party to the conflict and ensure that military and CJTF respect instruments on human rights and international humanitarian law and cease detaining women and children on arbitrary grounds;

“Take measures to increase transparency of the investigations, including publishing findings of above-mentioned panels, and continue conducting prompt, impartial and effective investigations into allegations of abuses committed in the context of counter-terrorism operations, both by non-State and State actors, particularly military and CJTF, prosecute and punish those responsible, and ensure the victims access to effective remedies and full reparation;

“Ensure that registers of arrests and death in military custody are reviewed by a judicial body, immediately release children held in all military detention facilities and use detention of juvenile offenders only as a last resort and in appropriate facilities,” and

“Continue strengthening efforts to prevent use of child soldiers, ensure that children are not used in support roles by military and investigate such incidents promptly.”