A delegation of the University of Lagos Senate today visited President Muhammadu Buhari to express their grievances over the controversial sacking of Prof. Oluwatoyin Ogundipe as vice chancellor by the university’s council led by famous corporate lawyer, Dr. Wale Babalakin SAN.

Led by former Dean, Faculty of Law, Prof. Chioma Agomo, the team also met with the Minister of State for Education, Mr. Emeka Nwajiuba and delivered Senate’s petition against the council to him. A similar petition was delivered to the National Universities Commission (NUC).

In an interview monitored by CITY LAWYER, Agomo, a respected jurist and the first female Dean of Law at the university, said the Senate resolved that the purported sacking of Ogundipe which has thrown the university community into crisis did not follow due process “and therefore it cannot stand.”

Her words: “We are here on behalf of Senate of the University of Lagos. We came to the Villa because the President of the Federal Republic of Nigeria is the Visitor to the university. So we thought we should come and pay a courtesy call to the Villa.”

Accompanied on the visit by current Dean of Law, Prof. Ayodele Atsenuwa and former Provost of the College of Medicine, Prof. Wole Atoyebi, Agomo gave more insights into the Senate Resolution, saying: “On the 13th of August the University of Lagos Senate held an emergency meeting attended by 91 professors. More than that (number) signified in the petition that they needed to have that emergency meeting.

“What is the issue? We are here because we want to make it known that the alleged or purported removal of the vice chancellor of the University of Lagos has not followed due process, and therefore is illegal and cannot stand. We are not saying the council has no right to remove the vice chancellor; No. We are saying due process has not been followed. There is a laid-down procedure in the extant laws of the Federal Republic of Nigeria, namely the Universities (Miscellaneous Provisions) Act of 2003. It applies to all federal universities. It provides for removal of a vice chancellor, if there is any need to remove the vice chancellor on the basis of misconduct. The procedure is that there should be a joint committee of council and Senate. This procedure has not been done in this case. So, we are saying it cannot stand. Rule of law has been trampled underground.”

Speaking on the fate of the council, Agomo said: “This council has trampled on due process and therefore Senate said that they have lost confidence in the council. First of all, they affirmed their confidence in the substantive vice chancellor, Prof. Oluwatoyin Ogundipe and the loss of confidence in the present council of the University of Lagos led by Dr. Wale Babalakin.”

A go-to expert in corporate and commercial law, Agomo stated that the Senate also lampooned the Babalakin-led council on the alleged appointment of an Acting vice chancellor, saying that it “flies in the face of justice. That is not what the law provides. It provides that if there is a vacancy and there is need to appoint an acting vice chancellor, that council has a right to do so on the recommendation of Senate. This has not been done. We are not dealing with a banana republic; we cannot wake up and just rewrite the rules and think that things will stand that way. If we keep quiet, today it is University of Lagos; tomorrow it will be another university.”

She said that while the Senate is not holding brief for Ogundipe on any alleged infraction, “Bandying allegations here and there is begging the issue.”

It is recalled that the embattled vice chancellor got a huge boost in his quest to retain his post when the Senate Representative in Council, Professor Bola Oboh, sent a save-our-soul message to Senate members, saying: “Dear senate members University of Lagos regulation has been stepped on and ridiculed. Babawale Babalakin, the Pro-Chancellor waited for the tenure of Prof. Chukwu and Prof. Familoni to end, to call an Emergency Council meeting.”

“But then went ahead to announce the removal of the VC. Dear Senate members, the procedure for removal of persons in office is clear and this was pointed out to Babalakin several times but he turned deaf ears.

“He said he will announce the Ag. Vice Chancellor at 5pm. I have excused myself that I need to report to Senate members the shameful act currently ongoing. Please let us arise to fight this.”

On her part, Odukoya said: “It is with great regret that I announce to you that the Pro Chancellor has had his way in actualising his machinery to remove the Vice Chancellor.

“At today’s 12th August 2020, emergency meeting of Council in Abuja, Dr Babalakin asked the VC and DVC (DS) to leave the meeting and by vote of 6 to 4 announced that the Vice Chancellor had been removed.”

“This is untrue and a figment of his imagination. Therefore, stakeholders of Unilag and the general public are advised to disregard this mischievous disinformation about the sitting Vice-Chancellor of Unilag, contained in that notice. Professor Ogundipe still remains Unilag’s Vice-Chancellor.”

Chairman of ASUU at UNILAG, Dr. Dele Ashiru had last March warned Babalakin not to step foot on any UNILAG Campus, saying that the decision was reached during a congress of the union.

His words: “Dr. Wale Babalakin is now a persona non grata on our campus. We don’t want to see him again anywhere in the university. He is no longer needed.”

A statement by the Registrar and Secretary to Council, Mr. Oladejo Azeez titled “Notice to the General Public on the removal of the Vice-Chancellor of the University of Lagos” had claimed that Ogundipe was removed based on “gross misconduct.”

According to the statement, “The general public is hereby notified that at an emergency meeting held on Wednesday 12 August 2020 and in accordance with the statutory power vested in it by law, the Governing Council of the University of Lagos removed Prof. Oluwatoyin T. Ogundipe, FAS from office as Vice Chancellor of the University with immediate effect.

“The decision was based on the Council’s investigation of serious acts of wrongdoing, gross misconduct, financial recklessness, and abuse of office against Professor Oluwatoyin T. Ogundipe.”

CITY LAWYER gathered that disagreements between the university’s governing council and the management worsened in March when its week-long 2020 convocation was cancelled on the order of the National Universities Commission (NUC) in response to a directive by the education minister, Adamu Adamu. 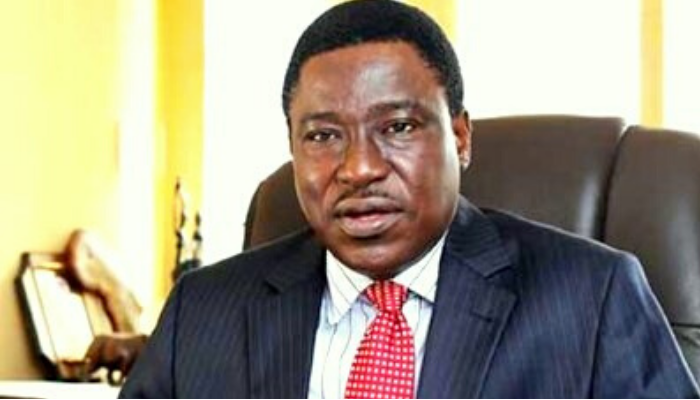 The Oyo State Government is set to recruit personnel for her two ministries. Details of the recruitment exercise as obtained by CITY LAWYER are below:

Applications are invited from suitably qualified candidates for appointment into the post of Education officer in the Ministry of Education, Science and Technology, Oyo State.

Each of the posts is pensionable and in case of new entrants into Public service, their appointment will be on probation for a period of two (2) years. Other conditions of service will be as prescribed, for the time being, for officers of equivalent grades in the Civil Service of Oyo State of Nigeria.

Meanwhile, it is to be noted that the Oyo State Civil Service Commission reserves the right for final selection as deemed fit.

Interested candidates should visit the Oyo State Government website jobportal.oyostate.gov.ng to complete the application forms and submit same as appropriate.

Closing: Application and submission will close on Friday, 10th July, 2020. 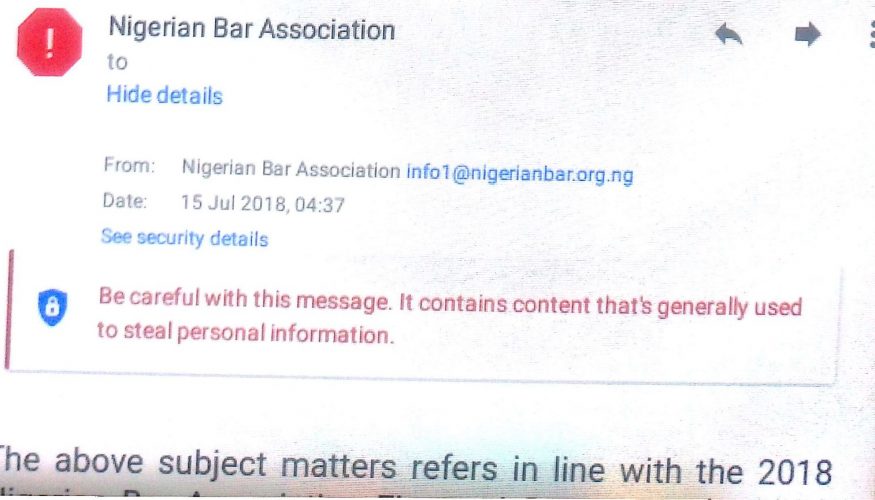 The controversies trailing the forthcoming Nigerian Bar Association (NBA) National Officers Elections inched up a notch higher at the weekend due to a phishing email to members allegedly emanating from the lawyers’ body. END_OF_DOCUMENT_TOKEN_TO_BE_REPLACED 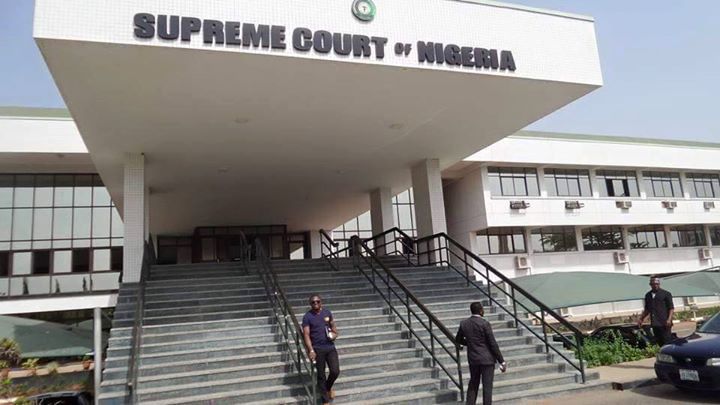