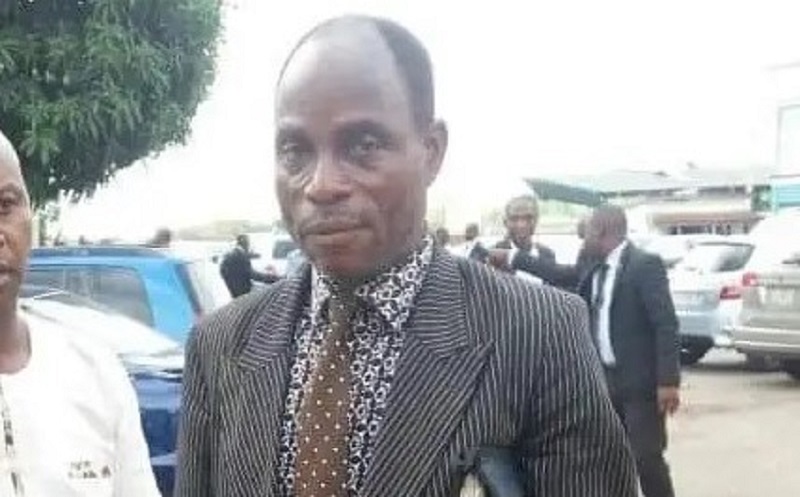 There are concerns in legal circles that a convicted fake lawyer, one David Adesanya may have gone back to carrying on the illegal practice of law.

In a “Notice to Divorce” sighted by CITY LAWYER and dated 11th October, 2022 Adesanya had given one Mr. Seun Ayantunde, husband to Mrs. Omobake Ayantunde, “another 7 days to comply or apologise to your wife or if any complain (sic), the case of Divorce will take action and file (sic) to Court.”

CITY LAWYER recalls that one David Adesanya aka Davido was arrested at the Magistrate Court 2, Iyaganku, Ibadan in March 2017 after announcing his appearance as a lawyer on a watching brief. He was reportedly nabbed by then Vice Chairman of the Nigerian Bar Association, Ibadan Branch and Chairman of its Anti-touting Committee, Mr. Adekola Kareem.

CITY LAWYER investigation showed that the branch began to beam its searchlight on “Davido” after one Akpan Osagie Hope, a detainee at Agodi Prisons, petitioned the branch on how Adesanya received “appearance” and sundry payments from him and allegedly fleeced his bank accounts without delivering the agreed ‘legal’ services.

When CITY LAWYER contacted Kareem, he stated that Adesanya was sentenced to three years imprisonment “with hard labour” for illegal practice of law, adding that he confessed in court that he never trained as a lawyer.

“He was arraigned in the same court where he had appeared to hold ‘watching brief.’ As a result, he had no room to maneuvre,” said Kareem. “He was unable to process bail and was tried speedily. He must have completed his prison term, given the prison calendar.”

CITY LAWYER gathered that Adesanya was sentenced by Magistrate F. Richards (now deceased), and was originally attached to one Mr. Attach, a lawyer, as a Litigation Clerk.

There has been heightened concern in legal circles that the legal market is increasingly shrinking due to the unchecked activities of quacks and liberalisation of the market by regulatory agencies.

Adesanya could not be reached for comments at press time.

Below is the full text of Akpan’s petition.

Criminal Breach of Trust and stealing

Greetings to you in the name of our Lord Jesus Christ.
I came to draw your attention over the professional misconduct, breach of trust, stealing and abuse of office of Barr. David ADESANYA aka DAVIDO.

Sir, I came to court on the 15th of March, 2017. My bail was cut short by my surety and I was approached by Barr David for his service. I was charged N35,000.00 as legal fees and appearance. I gave him the cash instantly inside the courtroom. And he further demanded another money for surety to be produced. Nothing was done by him before I was remanded in prison at Agodi, Ibadan. He came to the prison and demanded for money which he told me was N50,000. He signed for the collection of my 5 ATM cards with (Access Bank, Zenith Bank, First Bank, Skye Bank and GT Bank) and my mobile phone with balance of N1,800 on my mobile line. I gave him the pin to my Access Bank account (0040235646) which I told him to withdraw the sum of N55,000 only, that he should bring the additional N5000 to me at Agodi prison, Ibadan for my upkeep and feeding which he did not. I gave him my phone to contact Mr. Muhammed to hand over my properties, so Mr. Mohammed can help me contact my family and friends as I do not have anybody close at Ibadan. He used my mobile phone for his own purpose by contacting (08071584034, 09057588552,09061143316, ) and many more. He used my mobile balance to N0.22k. He further demanded N30,000 from my elder brother that the given amount with him could not perfect my bail condition, while I was still at Agodi Prison, Ibadan. From the 16th of March Barr David Adesoyan performed various debit transaction on my account unknowingly to me and reduced my Access balance to N528. The total balance on my Access Bank Account 0040235646 as at when I handed the ATM card to him was N175,185 and from my account statement a family friend sent me N37,500 in two different days 16th and 17th of March 2017= #75000, totaling my new account balance to N250,185. He later went ahead and withdrew N3000 from my Zenith Bank on the 25th of March 2017 at Mokola Branch ATM, which I never authorised him to use. I spent 12 days at Agodi prison, Ibadan because of this dubious act he carried out on my accounts. I attach the statement of my Zenith and Access Bank accounts which shows all my transaction history until 27th March 2017 when I was released from Agodi prison, Ibadan. At the time of this writing Barr David Adesonyan is still in possession of my ATM cards. 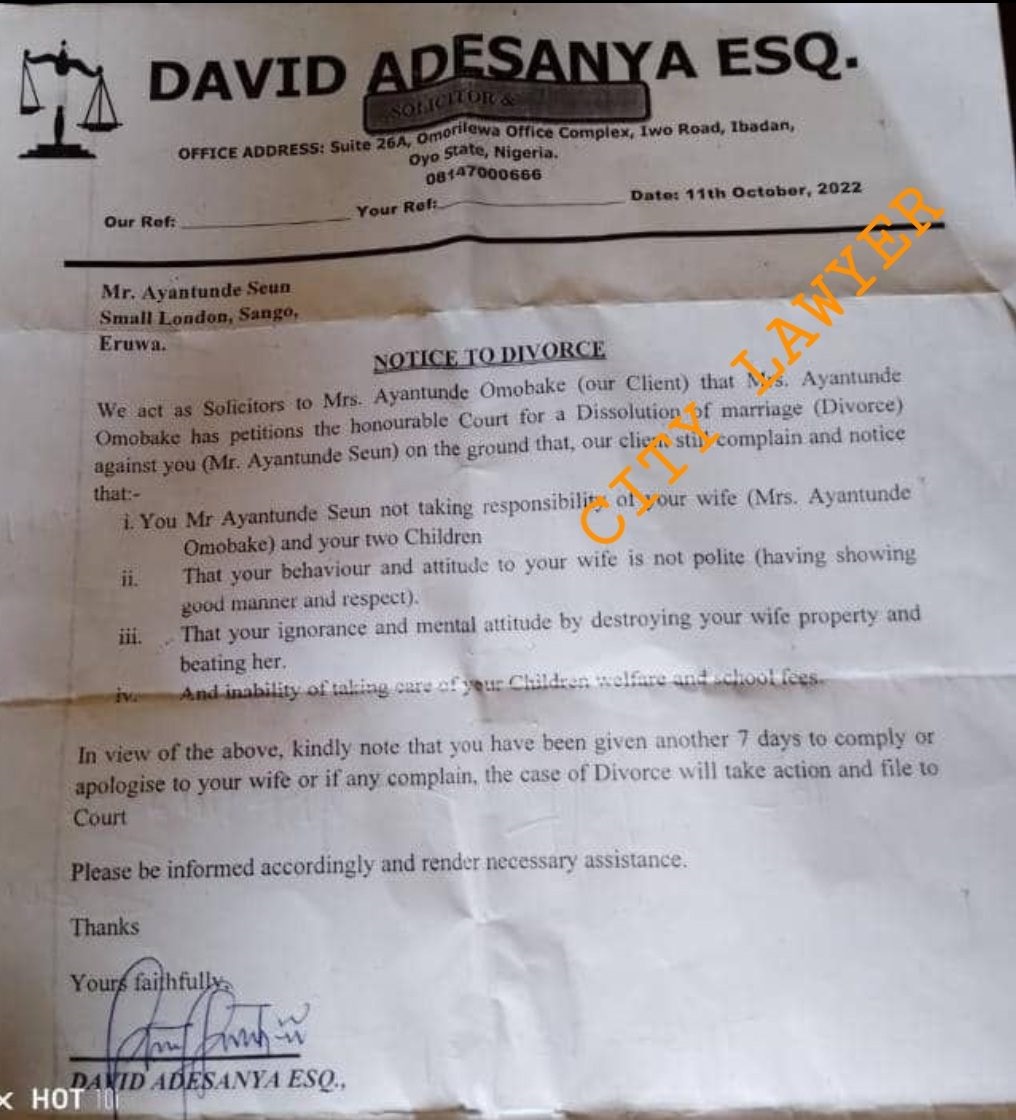 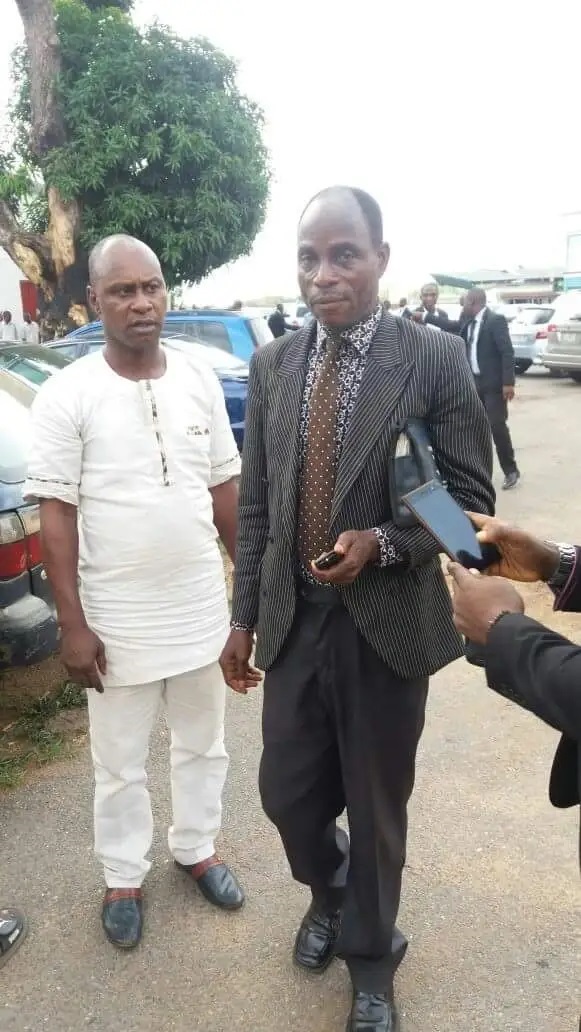