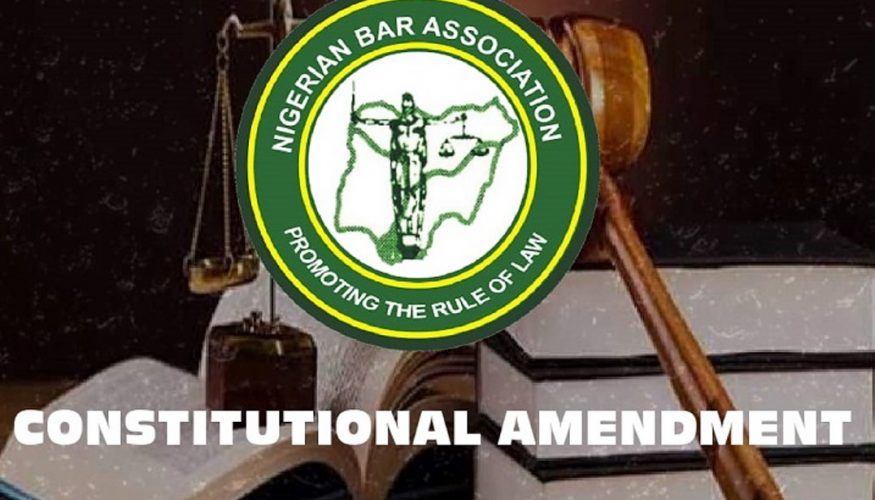 In an objection letter obtained by CITY LAWYER and addressed to the CAC Registrar General, Mr. Abubakar Garba, the fiery senior lawyer said that he was writing “to formally object to your Commission’s approval of the purported amendments now seeking to repeal the Extant Constitution.”

According to Ojo, “Contrary to the provisions of section 833 above, the NBA by its Notice now seeks to repeal the Extant Constitution pursuant to Sections 28 and 29 of the proposed Nigerian Bar Association Constitution 2021 while no such resolution to repeal was ever passed. Find attached herewith as Annexure 3, the Resolutions passed at the 2021 Annual General Meeting (“AGM”) of the NBA, held on the 28th day of October, 2021 at the Yakubu Gowon Stadium, Elekahia, Port Harcourt, Rivers State, which clearly shows that no resolution was made to repeal the Extant Constitution.”

In the letter titled “NOTICE OF OBJECTION TO REPEAL OF THE NIGERIAN BAR ASSOCIATION CONSTITUTION, 2015 (AS AMENDED IN 2019), Ojo argued that the NBA “duly adopted and passed the resolution to amend the Extant Constitution at the 2021 Annual General Meeting,” adding that “Contrary to the foregoing state of fact and resolutions of the AGM, it now appears that the NBA had inadvertently inserted the following into the proposed NBA Constitution 2021 which purports to now repeal the extant Constitution:

Ojo said that the 2021 NBA AGM “has never purported to have repealed the 2015 Constitution, but merely amended same.” He added that “It is also trite that for the Extant Constitution to be repealed, there must be a 60 days’ Notice to such effect.”

He urged the CAC to “uphold this objection” by refusing to register and approve the proposed “Nigerian Bar Association Constitution 2021” for failure to reflect amendments, for which proper notice had been given, duly approved and passed by the AGM.

He also urged the Commission to request the NBA to amend the cover of the proposed NBA Constitution 2021 to read as follows: “Nigerian Bar Association 2015 Constitution (as amended in 2021),” adding that that “is a true reflection of the resolution of the AGM.”

Ojo prayed the Commission to “further mandate the NBA to delete Sections 28 and 29 therein wrongly, unlawfully and illegally inserted into the proposed Nigerian Bar Association Constitution 2021” and “to resubmit a corrected version of its Constitution reflecting amendments, for which proper notice had been given, duly approved and passed by the AGM.”

In a “Forwarding letter” to the NBA President, Mr. Olumide Akpata also dated February 4, 2021 Ojo stated that the Public Notice “is an indication of your willingness to accommodate diverse views, comments and sincere commitment to due process.”

“I greatly commend your open mindedness sir,” said Ojo, “and further to the said public notice, I now hereby forward herewith a copy of my Notice of Objection on the referenced subject to the Corporate Affairs Commission (“CAC”), as demanded in the said Public Notice.”

It is recalled that Ojo had also petitioned the CAC against amendment of the 2015 NBA Constitution. In a petition with Ref No. CAC/IT/MIA/No.2365 dated 14 September, 2016, Ojo had argued that the 2015 Constitution (as amended), for which the endorsement of the CAC is being sought “belatedly,” did not amend or alter the subsisting 2001 NBA Constitution approved by the CAC.

CITY LAWYER investigation shows that the amendment debacle may not be unconnected with the forthcoming NBA Election, especially as it affects provisions of the NBA Constitution on the zoning of offices. A frontline Bar Leader told CITY LAWYER that if the amendment sails through as currently proposed by the NBA, the zoning arrangement may start afresh instead of track back to the 2015 NBA Constitution (amended).

The citation for the proposed NBA Constitution reads: “This Constitution may be cited as the Nigerian Bar Association Constitution, 2021 and comes into effect this 28th day of October 2021 upon its adoption by the Annual General Meeting.”

The NBA leadership is yet to respond to Ojo’s objection at press time. 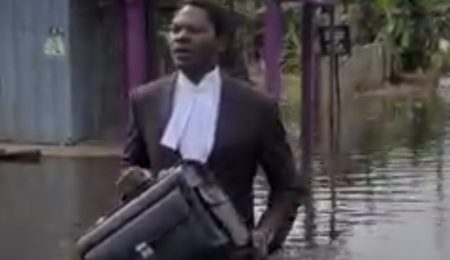 LAWYER CRIES OUT, WADES THROUGH FLOOD IN ROBES, SHORTS (VIDEO)