In the petition obtained by CITY LAWYER, the senior lawyer pleaded with the electoral committee as follows: “I humbly urge the Electoral Committee of the Nigerian Bar Association to IMMEDIATELY DISQUALIFY Mr. Isaac Omuta Ogbah from participating in the forthcoming elections for anti-Bar, in fact anti-lawyerly (sic), activities as he is not fit to be part of us, let alone leading the Bar.”

When CITY LAWYER contacted Ogbah on the petition, he expressed surprise, saying: “Wow!!! This lawyer is at it again. Unfortunately, I was never served nor copied. Thanks for availing me this copy. (I) Will study same and revert as soon as possible.”

Also, when CITY LAWYER asked whether the ECNBA has arrived at a decision on the petition, its Chairman, Mr. Ayodele Akintunde SAN urged “patience.”

Continuing, the apparently aggrieved petitioner said: “Our Bar needs to be weaned of charlatans and there is no better time than now, if we intend to keep working with and maintaining the mantra of promoting the rule of law.”

Dated April 16, 2022 and titled “Petition against the qualification of Mr. Isaac Omuta Ogbah to run for the office of the Third Vice President of the Nigerian Bar Association: Lawyers Beware!!!” the petition was received by the electoral committee on 22nd April, 2022.

Dwelling on the kernel of his petition, Amulu said that he “partnered with the law firm of Greys & Acquisitions, a law firm based in the Federal Capital Territory, Abuja at some point between 2019 and 2020. While in the partnership, a client was referred to the law firm from Anambra State who informed us of how his 40 ft container containing super glues he imported from China was hijacked and confiscated in most inglorious and Gestapo act of brigandage by unidentified persons, suspecting kidnapping and armed robbery, and briefed us to write the Inspector-General of Police for a discreet investigation of the case. That I did and without more.”

In a damning allegation, Amulu stated that “Upon police investigation, it was gathered that the acts complained of were carried out by Mr. Isaac Ogbah in collusion with police officers attached to the AIG Maritime Division, Lagos. It was further gathered that the goods of our client, Celez Global Resources Limited, were unlawfully hijacked and seized by the police officers in most inglorious means at the instance of Mr. Isaac Ogbah who was being overzealous in the representation of clients who was (sic) not even aware of the heinous steps he was taking on their behalf.”

Turning to perhaps his main grouse against the aspirant, the senior lawyer alleged that “In an apparent bid to cover up his heinous extra-legal cahoots with the police, Isaac Ogbah turns around to claim that I gave false information to the police and defamed his personality and instituted a civil matter against me in Suit No: Cv/3120/2022 before the High Court of the Federal Capital Territory, sitting in Gudu, Abuja.”

Continuing, he said that the Bar Leader wrote two more petitions against him to the police “over the same set of facts,” adding that he “was detained three times like a common criminal despite an order of court mandating the self-same Isaac Ogbah and police to desist from taking actions sub-judicial (sic) of the proceedings on-going in court. They defied all court orders. Alas! the court would not agree to join the police to the suit even as they and Isaac Ogbah stressed that they would not be bound by an order of court in which they were not parties to the proceedings.”

Amulu also alleged that Ogbah procured two junior officers in the Legal Unit of the IGP’s Office “to prefer a baseless charge in Charge No. CR/wz2/09/2022 IGP v Uchenna Amul & Ors against me,” adding that “In court, he testified of his grouse with Mazi Afam Osigwe, SAN, which he is now vindictively visiting on me, falsely alleging that I work with the learned silk, whereas it is not so.”

Passing judgement on the aspirant, Amulu said: “Isaac Ogbah notoriously abuses the judicial process by a wanton mix of police oppression and running for cover using police prosecutorial powers as provided by law. He cannot be allowed to lead the Bar, as the damages he will cause with any little position are better imagined than felt.”

When contacted, Amulu told CITY LAWYER that he does not “know” members of the electoral committee, “So I cannot say whether I trust or don’t trust anyone. But I have confidence in Akpata Administration; he has tried to promote the rule of law, he has tried to challenge the abuse of our rights and laws, even by the Attorney General. So I should also trust his judgement on those he appoints in the capacity of members of the ECNBA. So I expect them to do the right thing. Their judgement may not favour me; it may favour me. But my own is that I am happy now that I have spoken out. They cannot pretend not to know about this petition and about this issue hanging on the neck of this person (Ogbah). So even if Isaac scales the ECNBA (screening), let the voting community of lawyers know the person who Isaac is. If we vote him in despite all these weighty allegations against him, if he turns out to be a tiger or a dog who eats the bone hung around his neck, let us not blame ourselves like we brought in (President Muhammadu) Buhari. That is the aim. If ECNBA disqualifies him, they have made my day! But I am not the one to take that decision for them. So I will keep quiet and hope that they do the right thing. If they compromise it, no worries. The lawyers would have seen that I wrote this petition; so we will use our voting rights to vote him out!” 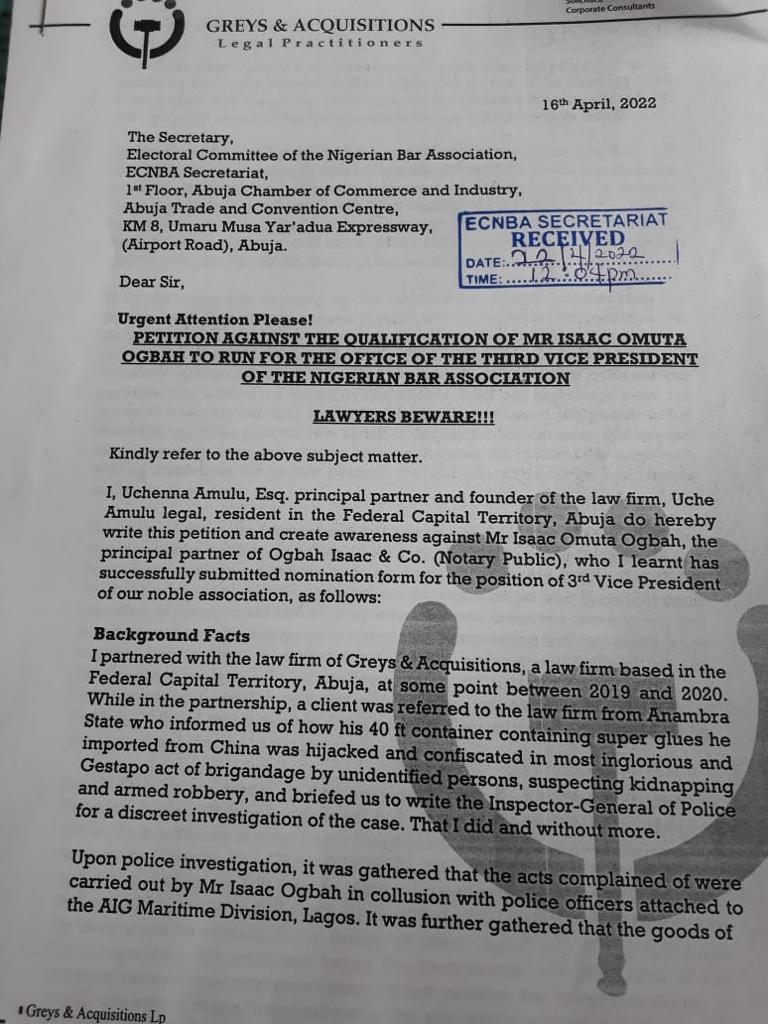 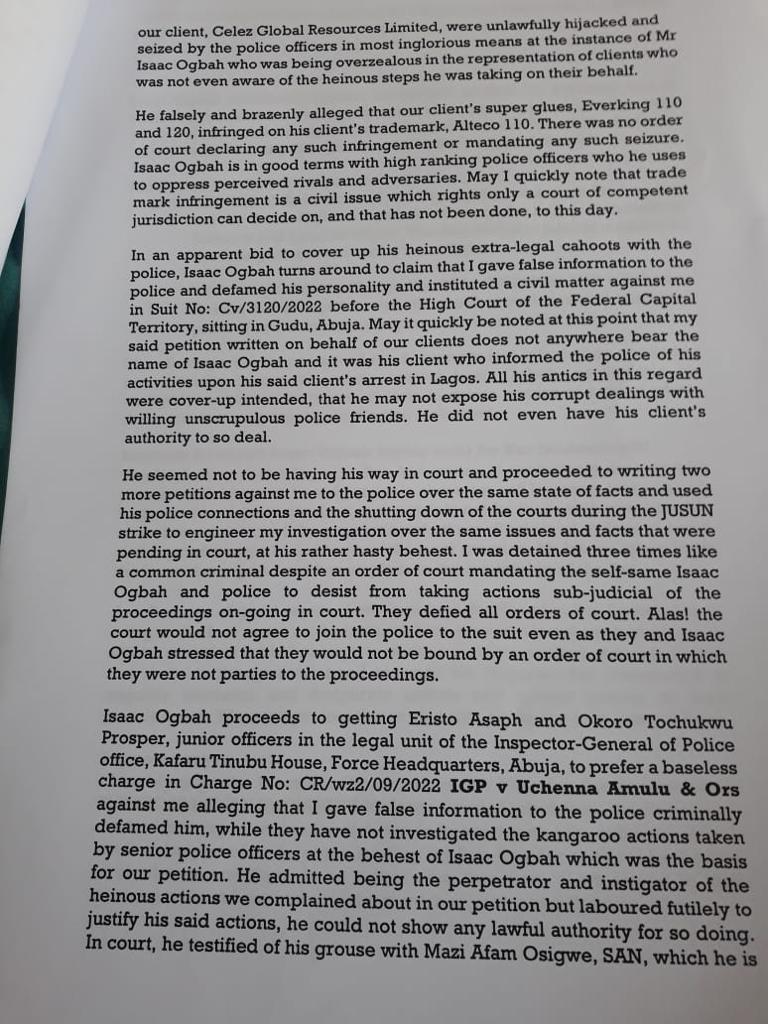 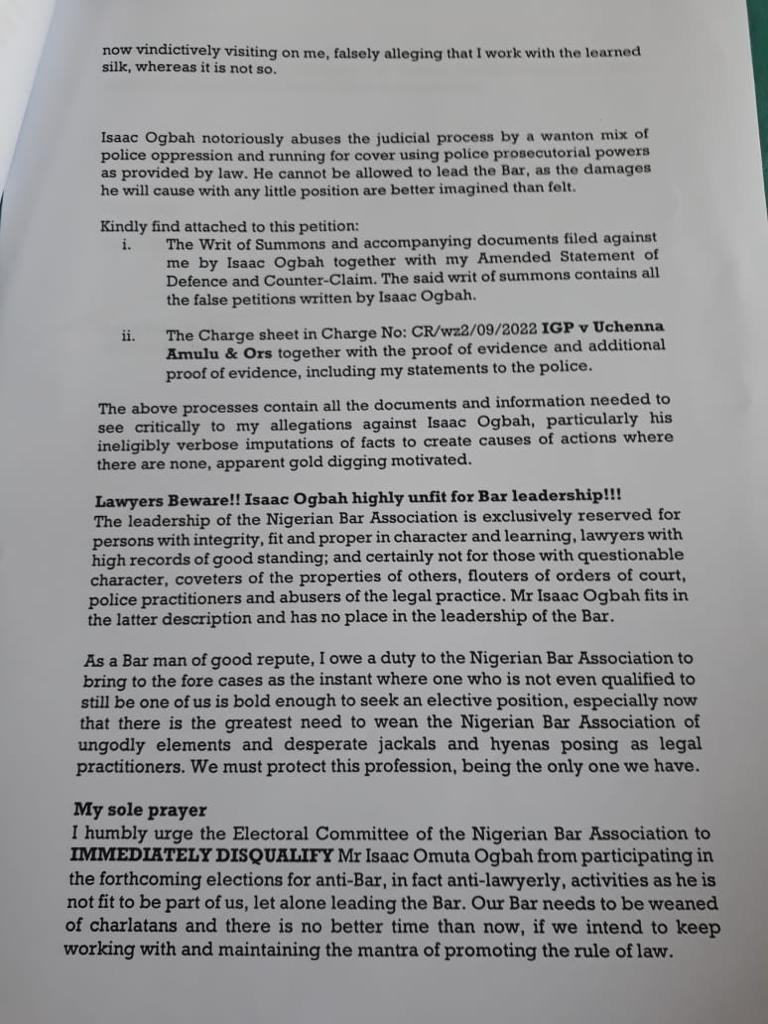 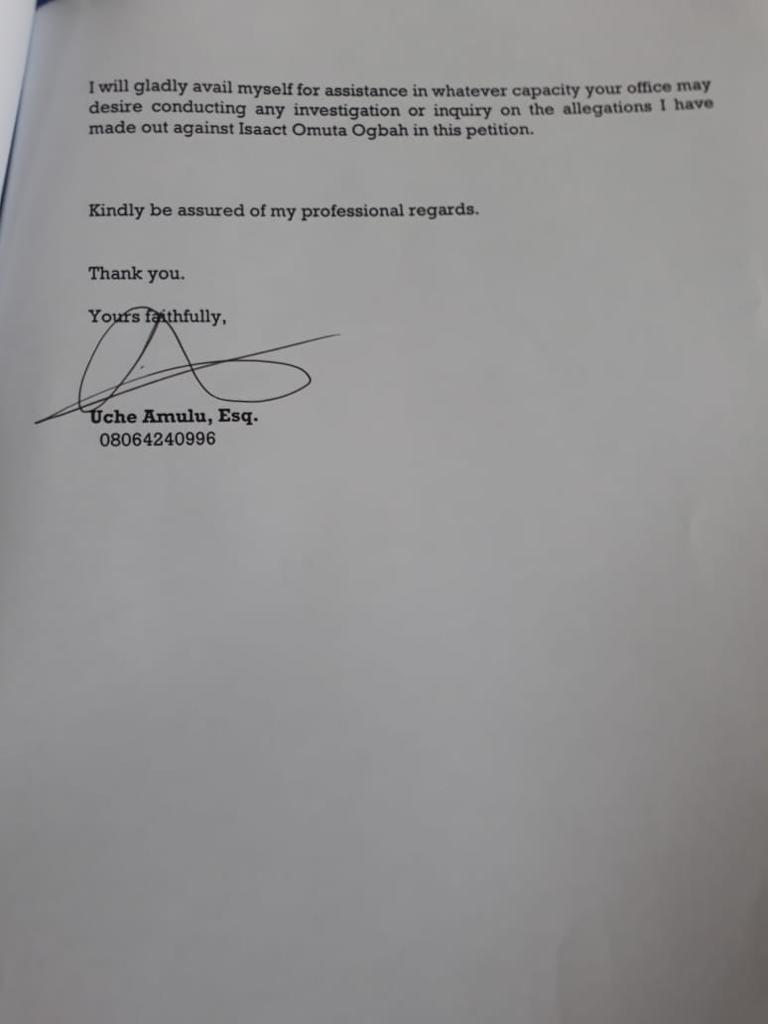 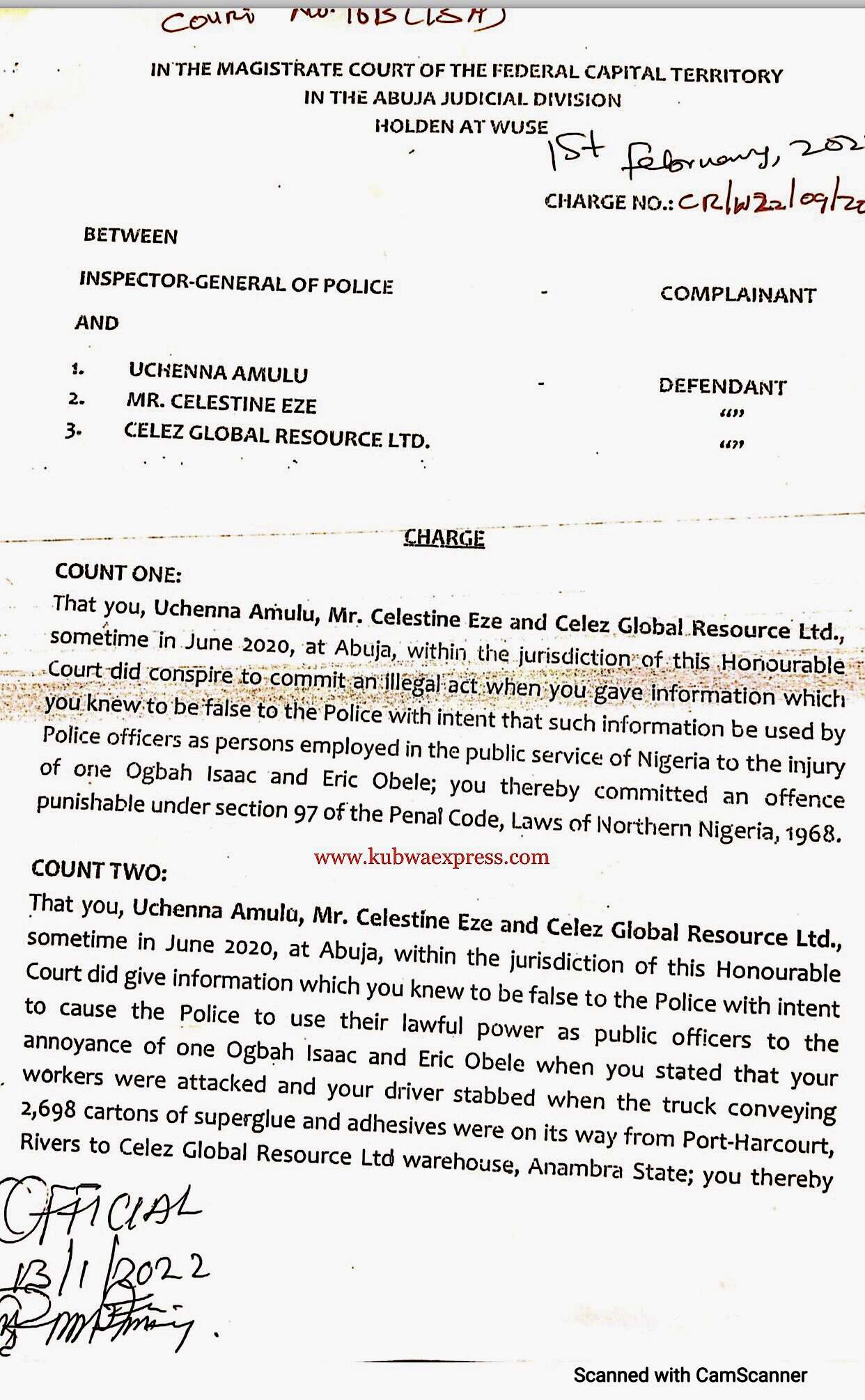