On his part, Chief Robert Clarke SAN observed that the “leadership of the Nigerian Bar Association is very key to the fundamental issues of independence of the Judiciary, the advancement of the Legal Profession itself, and the sustenance of Constitutional Democracy In Nigeria.”

Delivering his verdict on the candidates, Clarke declared that the former NBA General Secretary “towers above the other candidates and that is why I recommend him as “

Popular litigator, Mr. Kemi Pinheiro SAN described Adesina as a “passionate human being with demonstrable commitment to whatever he believes in,” adding that he has a “strong and assertive personality.”

Below are the full texts of the statements:

I rise to join my other colleagues who have endorsed Dele Adesina SAN for election as President of the NBA. At this time of vanishing respect for the rule of law by those who govern us, challenges confronting the administration of justice, the need to make the juniors upward mobile in our noble profession and a host of other matters, it is indisputable that we need in the saddle, a dynamic, well – informed, focused, respectable and above all, courageous hardworking individual.

The individual is Dele Adesina SAN, a strong and committed member of the NBA, who has served our association meritoriously in various capacities and evidently parades rich experiential credential for service at a higher level. I can confirm from my interaction with Dele that he is pulsating with a lot of fresh ideas, fresh thinking and fresh vision that will take our dear NBA to a higher level. Vote Dele Adesina for President.

“Another round of Election of the Nigerian Bar Association is less than a month ahead and interested candidates are already jostling for the Office of the President of the Association.

“These include Mr. Dele Adesina SAN, Dr. Babatunde Ajibade SAN and Olumide Akpata ESQ. The leadership of the Nigerian Bar Association is very key to the fundamental issues of independence of the Judiciary, the advancement of the Legal Profession itself, and the sustenance of Constitutional Democracy In Nigeria.

“Recently, the general administration of justice in Nigeria has also faced contending issues of serious dimensions capable of eroding the trust and confidence of the people in our justice system.

“This Election should produce the best that is available among these candidates in terms of experience, firm understanding of the issues of our judicial system, including leadership courage to speak truth to power. Rhetoric and promises should be of no value, but knowledge, antecedents, and experience of what the candidates have done in the past in the above areas must constitute the principal considerations.

“It is my opinion that Mr. DELE ADESINA SAN, whom I have seen at close quarters, listened to at several fora and more importantly, a past General Secretary of the Nigerian Bar Association in an administration adjudged to be dynamic and progressive in the defence of Rule of Law, towers above the other candidates and that is why I recommend him.”

I knew Dele Adesina SAN a long time ago. How did we meet each-other? We appeared against each-other in a matter at the Federal High Court. About four Senior Advocates were involved in that matter.

Heated and prolonged arguments had taken place at two different court sessions. At the end of each session, Mr. Adesina and I will appreciate each other for the candour and passion demonstrated in the course of advancing our respective client’s interest in court. One thing led to the other, we became close friends and of course we started paying attention to each-other’s advancement in the Profession.

I found in him a strong and assertive personality. A passionate human being with demonstrable commitment to whatever he believes in. Mr Adesina is a Bar man per excellence, a gentleman to the core. As Chairman, he raised the bar of NBA Ikeja Branch to an unprecedented level.

As General Secretary of the Bar, during the Presidency of Chief Wole Olanipekun SAN OFR, the Executive left a foot-print and verifiable legacy for the Bar. As the Chairman of the Nigerian Bar Association, Rule of Law Action Committee during Okey Wali’s Presidency, he brought tremendous focus and attention into the issues of Rule of Law in the nation.

It is for these reasons and many more that I am supporting him for the Office of the President of the Nigerian Bar Association. He is a performer who will effectively bring his great experience in leadership to bear not only on the affairs of the Association but also on the Profession.

I have no doubt that he will promote the interest and welfare of young Lawyers. His capacity and courage to defend the Rule of Law and independence of the judiciary is well-known. The Nigerian Bar Association needs him at this period. 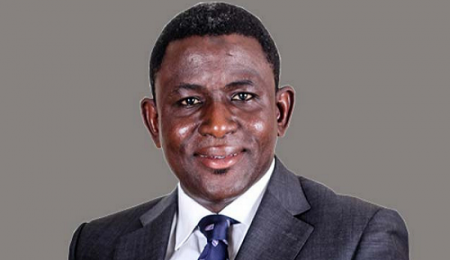 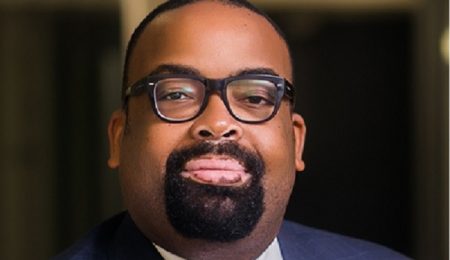 ‘WHY WE’RE BACKING GADZAMA,’ BY BAR LEADERS, OTHERS