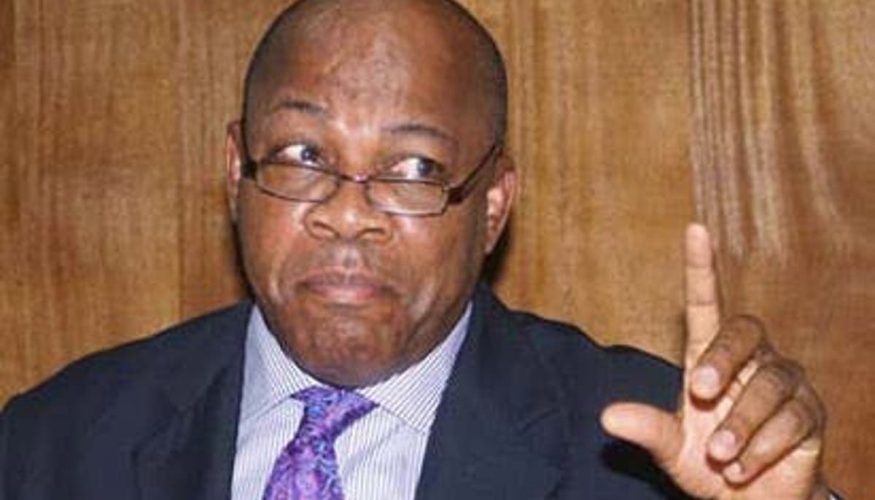 The controversy trailing amendment of the Rules of Professional Conduct for Legal Practitioners peaked today with the former Nigerian Bar Association (NBA) president and Chairman of its Board of Trustees, Dr. Olisa Agbakoba (SAN) stating that the 2007 amendment was endorsed by the General Council of the Bar (GCB).

Controversy has trailed the issuance of the 2020 version of the rules by the Attorney-General & Minister of Justice, Mr. Abubakar Malami SAN. While many lawyers said the amendment did not follow due process, as it was not approved by the Bar Council, others disagreed.

The NBA President, Mr. Olumide Akpata in a press statement he personally signed also stated that the bar association does not recognize the new rules, saying that “the NBA maintains that the RPC has not been amended and enjoins all legal practitioners to remain calm and continue to conduct their affairs in the same manner as they did prior to the issuance of the Instrument.”

Endorsing the position of his then Secretary-General, Mr. Rafiu Lawal-Rabana SAN that the 2007 Rules of Professional Conduct were approved by the Bar Council, Agbakoba said on the influential online platform “State of the Bar” that that was the correct position. His words: “Well said my GS, as I was president together with Lawal-Rabana SAN.”

Lawal-Rabana had stated on the platform that though he did not want to join issues on the controversial amendment, “I was the General-Secretary in 2007 when the RPC was drafted and presented to the GCB for approval.”

Continuing, he said: “There was a full meeting of the council and I did the presentation on behalf of the NBA. I emphasize it was not a unilateral document made by Chief Bayo Ojo SAN, the AGF at the material time. (Prof.) Ernest Ojukwu SAN who coordinated the draft can bear witness.”

He however advised the combatants to sheath their swords, saying: “Since the NBA has issued a statement we all should allow the NBA address the issue.”

Former NBA presidential candidate, Prof. Ernest Ojukwu SAN also told CITY LAWYER that 2007 Rules were duly approved by the Bar Council, saying: “The difference between what AGF Malami is purported to have done now and what Chief Bayo Ojo did in 2007 is that there was a Bar Council meeting then that approved the Rules. Olisa Agbakoba and Rabana presented the Rules. Dr. Justice Orojo also attended. I didn’t attend, though I made the draft.”