There are serious concerns over the integrity of the forthcoming Nigerian Bar Association (NBA) National Officers Elections as CITY LAWYER can authoritatively report that CHAMS Plc deployed a “GMAIL” account for the recently concluded 2018 ICAN Council Election.

CITY LAWYER investigation shows that CHAMS Plc, the ICT Partner hired by the NBA to conduct the voting exercise, deployed a GMAIL account in notifying ICAN members who voted during this year’s Council Election.

This has raised questions on the credibility of the election, moreso as ICAN elections had suffered integrity issues. In fact, following an investigation of CHAMS’s role in the 2014 ICAN Council Election, former ICAN President, Dr. Catherine Okparaeke had in a minority report indicted CHAMS Plc on its role in the election and recommended that it should be sanctioned and barred from conducting ICAN elections.

Okparaeke, a member of the ICAN probe panel, had noted that the panel’s report should have reprimanded CHAMS for their role in the election. Her words: “The majority report failed and or ignored to put the searchlight on CHAMS Plc, the IT firm that hosted the voting platform. They received an authentic voters list from ICAN. I cannot understand why their system could not screen out fake voters that permitted the level of fraud being alleged in the report. As per the report, they supplied the forensic auditor with ‘suspicious list’ containing 630 names which are begging so many questions. It is therefore not possible to rule out compromise and or incompetence on their part. I therefore recommend that they be sanctioned and they should no longer be engaged for future exercise.”

When CITY LAWYER sought an explanation from CHAMS on the deployment of a GMAIL account instead of its official email account (info@chams.com), the ICT firm did not provide an explanation.

CITY LAWYER had last Wednesday sent a message to Mr. Omotolani Bakare of the company’s Corporate Brand Management Department seeking an explanation. This was followed today with a reminder. Mr. Bakare replied thus: “Morning sir, my apologies.” At the time of going to press, CITY LAWYER again dialled Bakare’s telephone number. It rang without response.

It is recalled that NBA President, Mr. Abubakar Mahmoud SAN and the Professor Auwalu Yadudu-led ECNBA had repeatedly assured stakeholders of “free, fair and credible” elections. Following an exclusive report by CITY LAWYER, the NBA had aside from cancelling the discredited verification exercise by CHAMS, the NBA had also dis-aggregated the electoral process and appointed CRENET Techlabs Limited, another ICT Partner to conduct a fresh verification exercise.

CHAMS will tomorrow deploy its e-voting platform for the NBA Elections which will kick-off at noon and end at 00:15 Hrs on Monday. The ECNBA has stated that the election results will be declared “immediately,” even as the electoral committee is silent on the details of the “collation” and audit processes. 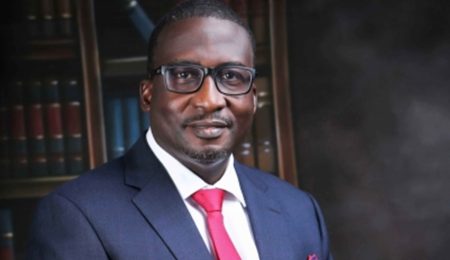 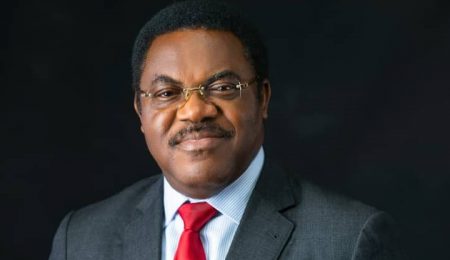