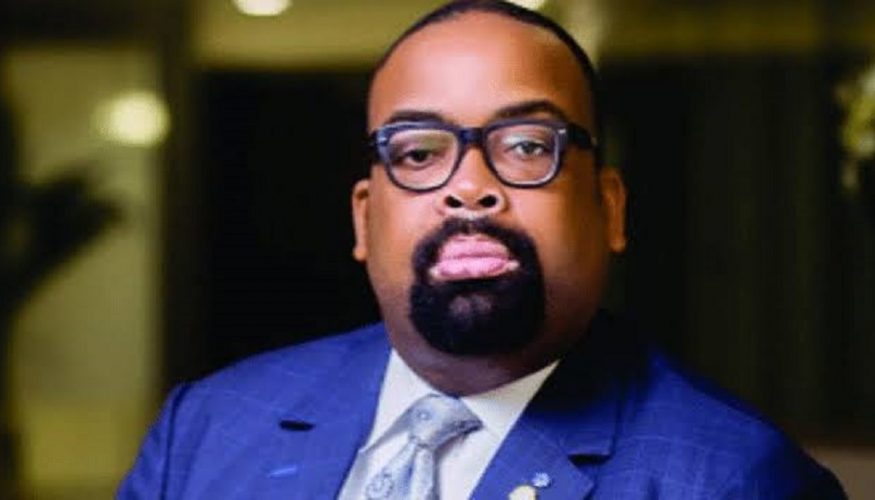 ‘WHY I WANT NBA ABA ELECTORAL C’TE DISBANDED,’ BY APPELLANT

BRIEF SUMMATION OF THE GROUSE OF THE APPELLANT

2.1 INTRODUCTION:
2.2 This Appeal is against the decision of the Electoral Committee of the Nigerian Bar Association Aba Branch published on the 16th day May 2022 upon the grounds ex facie the Notice of Appeal.

2.1 I am a member of the Nigerian Bar Association Aba Branch.

2.3 After a deep study of the Constitution of Nigerian Bar Association 2015 as amended in 2021 and the Third Schedule, Part 1 of the Nigerian Bar Association Uniform Bye-Laws for Branches as it relates to the constitution of Electoral Committee and the validity of the Notice of Election issued by them, it became obvious that the exercise of their constitution as an “Electoral Committee” and the election they purport to carry out is illegal.

2.4 Consequent upon that, I wrote a petition to the Electoral Committee to that effect. Same was considered by them and they ruled against me which led to my appeal to this Committee.

b. Whether the Notice of Election date issued by the Electoral Committee is valid taking into consideration the provisions of the Nigerian Bar Association Uniform Bye-Laws for Branches. (Ground Three).

c. Whether the Electoral Committee is competent to fix the date of an election for a branch taking into consideration article 9(2)b of the uniform bye law for branches. (Ground Four)

4.0 ARGUMENT OF ISSUES.
4.1 I shall respectfully argue the issues raised in this appeal seriatim.

4.2 The committee tagged the “Electoral Committee” was constituted with the following members:

4.3 Furthermore on or about February 2022, other persons were equally added to the already illegal body as members of the committee. These are;

4.4 I submit that the Committee in the first instance was illegal and the lumping of the other members compounded the illegality and therefore they cannot engage in the conduct of a valid election. After all, as we say, “you cannot put something on nothing and expect it to stand”.

4.5 First and foremost is the sacred provisions of ARTICLE 9(2)(A) OF THE THIRD SCHEDULE PART 1 OF THE NIGERIAN BAR ASSOCIATION UNIFORM BYE-LAWS FOR BRANCHES which provides as follows;

“2 The Electoral Committee:
(a) shall consist of five members;”

4.6 Respectfully, the above number is the valid committee to be established and not otherwise. The key words in Article 9(2)(a) referred to above are the word “Shall” and “Consist”. The word shall by all authorities and definitions is mandatory. Further, by the BLACK’S LAW DICTIONARY SIXTH EDITION AT PAGE 308 the word “consist” is defined as follows;

“To stand together, to be composed of or made up of”. (emphasis mine)

4.7 In effect for there to be a valid Electoral Committee, it must be one composed of or made up of five members as that is what will create a valid and legal entity. Any other thing is illegal and unconstitutional.

4.8 This word consist has equally been given judicial interpretation in DR OLUBUKOLA ABUBAKAR SARAKI VS. F.R.N (2016) 3 NWLR PT 1500 PG 531 where a full panel of the Supreme Court made up of seven Justices per Kekere Ekun (JSC) stated thus;

“The phrase “consist of” is defined in the Oxford Advanced Learner’s Dictionary of Current English, 8th Edition (International Student’s Edition) page 310 as follows:
“Consist of make up something; constitute; be comprised of;
These words all mean to be formed from the things or people mentioned, or to be the parts that form something.”

4.9 Sirs, flowing from this, it is obvious that the creation of 12 man committee as an Electoral Committee is illegal and the attempt rather unfortunately raising it to Sixteen (16) is equally a void act by virtue of the Constitution of Nigeria Bar Association.

4.10 The effect therefore is that for there to be a valid Electoral Committee, it must consist of five members.

4.11 Furthermore, I am not unmindful of the provisions of Article 9(d) of the Third Schedule, Part 1 of Nigerian Bar Association Uniform Bye-Laws for Branches which provides as follows:

“Each Committee shall have a minimum of 5 members each of whom must be a financial member of the Branch”.

4.12 Sirs, reliance on the above provision is simplistic as the said provision does not brook the increase and or forming of a committee outside the provisions of The Nigerian Bar Association Uniform Bye Law for Branches. With respect holding on same to validate an otherwise illegal body is clutching on straws.

4.13 More so, the above do not excuse the committee as while the provision dictates the minimum, the specific provision on the constitution of the committee insists that it must “Consist” only of five members.

4.14 A further look at the said provision of Article 9(d) of the Third Schedule, Part 1 of the Bye Law will show that it is intended for other Committees in the bye law that have no number of persons to constitute same but was left open for the appointing authority or body to fix as they deem fit. These committees include: the Continuing Legal Education Committee, The Welfare Committee, Human Rights Committee, Ethics and Disciplinary Committee, Law Reform Committee, Bar and Bench Relations Committee and the Election Appeal Committee. The provisions of Article 9(d) do not concern the Electoral Committee whose membership were clearly spelt out by the Constitution. It is trite that the express mention of a thing means the exclusion of others. It is instructive to note that the operative word in that article is “shall” which connotes mandatory compliance. If the draftsmen of the Uniform Bye Law intended the said provision to be permissive, they would have used the word “may” instead of “shall”.

4.15 My Lord ONNOGHEN (JSC) (as he then was) put a note of finality on the issue in DR OLUBUKOLA ABUBAKAR SARAKI VS F.R.N (SUPRA) when he held thus:

“By submitting that the above relevant provisions of the 1999 Constitution (as amended) and sections of the Acts constitute both the composition and quorum of the Code of Conduct Tribunal, learned senior counsel for appellant admits that there is a difference between composition and quorum but that in the case of the tribunal in question, the terms/words mean the same thing.
To resolve the issue, we shall have to start by understanding some relevant words used in drafting the provisions; these are “consist of”.
At page 208 of New Webster’s dictionary of English Language, International Edition, the word “consist” is defined inter alia, thus:-
“To be made up or composed… to reside or lie essentially”.
On the other hand, the word is defined in Black’s Law Dictionary, 6th Edition at page 308 as follows:-
“To stand together, to be composed of or made up of”.
From the above definitions, it is very clear, and I hold the view that paragraph 15(1) of the 5th Schedule to the 1999 Constitution (as amended) and section 20(1) and (2) of Cap. C15, LFN, 2004 provide for the establishment and composition of the Code of conduct Tribunal as consisting of a Chairman and two other members. This construction is clearly the literal meaning of the words used by the draftsman in the relevant sections concerned”.

4.16 In the circumstances, the committee is therefore illegal and such an illegal body cannot midwife a valid election.

4.17 The Electoral Committee on the 14th day of April 2022 issued a Notice which was pasted at the Notice Board of the Nigerian Bar Association Aba Branch wherein it was published that the election of the Nigerian Bar Association Aba Branch by the Committee is fixed for the 17th day of June 2022. This publication with the greatest respect is void as same is made contrary to the provisions of THIRD SCHEDULE PART 1 OF THE NIGERIAN BAR ASSOCIATION UNIFORM BYE LAWS FOR BRANCHES AT ARTICLE 16(1) which states thus:

4.18 Respectfully, the words of the said Article 16 are very plain and brooks of no side stepping. By the provisions of the above Article, the least time for publication of election date is a day that is not less than Ninety (90) days. A simple calculation of not later than the Ninety (90) days window by the publication is the 14th day of July 2021. It’s therefore a shock that contrary to the above provision, instead of the said 14th day of July 2022 or thereabout for the holding of the election the Committee stated that the Election has been fixed for the 17th June 2022 contrary to the basic law for the holding of the election. Despite my petition, the Electoral Committee glossed over this.

4.20 Sirs, unless it is shown that election is not being conducted under the Nigerian Bar Association Uniform Bye-Laws for Branches as if it is to be held under the said enabling law, the purported election allegedly fixed for the 17th day of June 2022 is an illegal act. As a body of lawyers, it will be most wrong not to follow our own laws which we gave to ourselves.

ISSUE THREE:
4.21 We submit that the electoral committee cannot by any stretch of imagination be competent to fix the date for the election because it is contrary to the provision of the Uniform Bye-law for branches. Article 9(2)(b) provides thus:

(b) Shall conduct the election of officers of the branch on a date in the month of June of an election year as the branch Executive Committee may determine and shall inter alia undertake due publicity for the elections and nominations thereto, the printing of ballot papers and compilation of the list of eligible candidates and voters”

4.24 Respectfully Sirs, the Electoral Committee after holding that they will strictly apply the provisions of the Bye Law in the conduct of the branch election turned round to pick the provisions they desired to apply and jettison the other provisions which they don’t like.

4.25 Where the affairs of an organization are regulated by a given set of rules or constitution, that constitution must be followed and applied to the latter. The committee cannot decide to apply one provision and leave the other the inherent power which is imbibed in a constitution lies in its strict applicability.

4.26 Furthermore, this act of the Electoral Committee if not stopped will create disunity, malice and or crisis among the members of the Aba Branch as the persons who are affected by the strict interpretation of the Bye Law against them will feel bad, cheated and or scammed knowing that a provision of the same Bye Law was jettisoned in favour of another person.

4.27 I therefore urge you to resolve the issues in my favour and make the following directive:

3. A decision that the document dated 14th day of April 2022 calling for election on the 17th day of June 2022 is in violation of Article 16 (1) Of the Nigerian Bar Association Uniform Bye Law for Branches and therefore invalid. 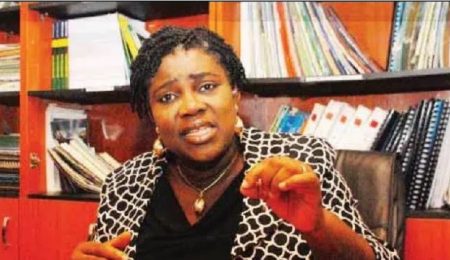 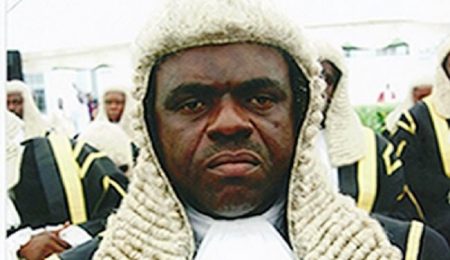 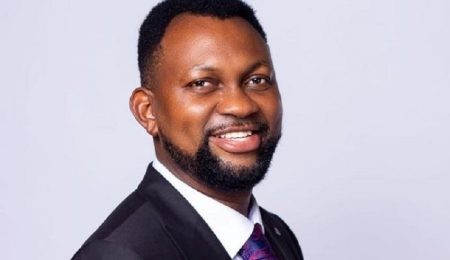