NBA ELECTIONS: Usoro Wins ‘Round One’

Nigerian Bar Association (NBA) President-elect, Mr. Paul Usoro SAN has scored a major victory with the ratification of his election by the NBA National Executive Committee meeting that held today in Abuja.

The motion for the ratification of the election was moved by Chief Solomon Umoh, SAN and seconded by Chief Ferdinand Orbih, SAN.

CITY LAWYER gathered that plans by some segments of the Bar to truncate the ratification did not materialize. There was an unsigned notice yesterday urging lawyers to mobilize to nip the ratification exercise in the bud.

Though the NBA Constitution provides that NBA National Officers Elections must be held in the month of July, it enacts that any variation in date must be ratified by NBA NEC.

The NBA-NEC also approved the N750 Million budget proposed for the 2018 Annual General Conference. This confirms CITY LAWYER’s exclusive report that the NBA leadership had approved the sum for the Technical Committee on Conference Planning (TCCP).

Meanwhile, congratulatory messages have continued to pour in for the president-elect.

In his message, Senate President, Dr. Bukola Saraki tweeted: “Congratulations @PaulUsoroSAN, on your election as the President of the Nigerian Bar Association (NBA). I wish you a successful tenure as you work to promote and protect human rights, the rule of law, and good governance in Nigeria — through the NBA.” Usoro is a part of Saraki’s legal team.

Delta State Governor, Dr. Ifeanyi Okowa wrote: “As a top telecom lawyer and IT savvy lawyer it is our hope that the ‘Prince of Telecom’ as he is fondly called will bring to bear information technology in the legal practice in Nigeria.”

Three former NBA Presidents added their voices to the floodgate of goodwill messages in response to an email by Usoro.

In his message, former NBA President, Chief Wole Olanipekun SAN noted that though each of the presidential candidates is qualified to lead the Bar, “there can only be one President at a time.” He however admonished the incoming president to “assuage feelings and ensure the emergence of a united Bar.”

Turning to the challenges that bedevilled the elections, Olanipekun said: “Put behind you the soap box rhetorics, and take the bull by the horns. Kickstart the process of healing and reconciliation within the NBA, and unite all the diverse factions and interests. Put in place a transparent system that will ensure all and sundry that the NBA presidency is for service , rather than self aggrandizement.

“Like the late President Umoru Yar’adua, be humble and manly enough to admit that the system that brought you to office was/is faulty, and say it loud and clear that through you, our Association will never pass through that way or path again.

“Please don’t mount any high horse! Very important. For the past three elections or so of NBA Presidents, similar allegations as are now being made and repeated against you had dominated the Bar landscape and hemisphere. Presently , the case challenging the election of the outgoing President by Chief JK Gadzama SAN is still in court! For God and goodness sake, put a halt to this mess!”

Both Chief O. C. J. Okocha SAN and Chief Bayo Ojo SAN also harped on the need for reconciliation, with Okocha promising that “I will do my best to convince them (defeated presidential candidates) to heed your very timely call.”

Usoro has set up a Transition Committee towards his inauguration as NBA President. 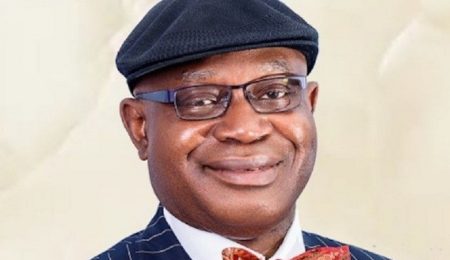