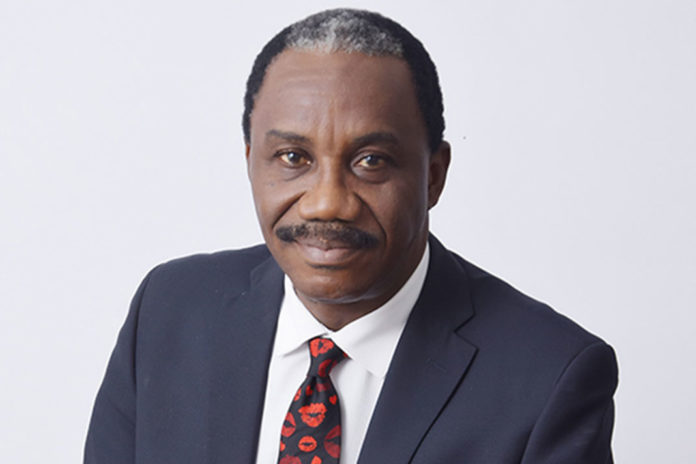 Nigerian Bar Association (NBA) chieftain, Prof. Ernest Ojukwu SAN has asked NBA President, Mr. Paul Usoro SAN to “step aside” from the exalted office and face the charges brought against him by the Economic and Financial Crimes Commission (EFCC).

In a statement made available to CITY LAWYER, Ojukwu observed that the NBA President had stated that “EFCC has become a tool for fighting personal and political fights,” wondering why NBA is being dragged into the matter.

According to him, “This is simply the reason why the NBA past presidents should advise Mr. Usoro, SAN to step aside temporarily and conclude this case very fast.”

The former Nigerian Law School Deputy Director-General also urged past NBA presidents to steer clear of the money laundering charge, saying: “Do not allow yourselves to be used. This case is Paul’s case not NBA’s. The less we try to hang this on NBA the better for NBA and the future of the legal profession.”

The full text of the statement is below:

EFCC v PAUL USORO – DON’T RAILROAD US INTO A FIGHT WITH EFCC: OPEN LETTER TO PAST NBA PRESIDENTS

In that statement Mr. Usoro, SAN acknowledges that his “current travails have roots, in part, in vendetta missions that go right back to the 2015 Akwa Ibom State Election and the 2016/2017 Code of Conduct Tribunal trials of the Senate President…” and that “EFCC has become a tool for fighting personal and political fights.”

Mr. Usoro, SAN clearly knows and shows as he has acknowledged that the charges of money laundering against him are personal to him. Why is he dragging NBA into it? Why is he trying to railroad us into a fight with the EFCC for his personal battle?

Mr. Usoro’s use of the NBA letterhead in this case is an abuse of office in the same way he recently signed the NBA NEC resolutions relating to his charges. This is simply the reason why the NBA past presidents should advise Mr. Usoro, SAN to step aside temporarily and conclude this case very fast.

I am happy that Mr. Usoro, SAN notes broader issues of justice, and rule of law in which he condemns past NBA leadership for not taking up. Regrettably, Mr. Usoro, SAN did not say a word on these issues before he became President and is only saying them now that he has been charged by EFCC. Those fights are fights the NBA must take up or the NBA should completely go dead but Mr. Usoro, SAN should not use that platform to blindfold us into a fight with EFCC for his personal interests.

In that statement released by Mr. Usoro, SAN he stated that “I …kept past presidents of our Association fully informed of my current trials and it is my understanding that they are having discussions amongst themselves and will soon meet to formulate a common position and issue a statement on the matter.”

I hope I read Mr. Usoro, SAN correctly and hope that past NBA Presidents will not as a body be used by Paul Usoro, SAN against the Bar to protect personal interests?

It is on record as much as I know that Past NBA Presidents as a body has never issued any statement on the following:

3. Maltreatment of young lawyers by many senior or older lawyers

4. Molestation of lawyers by police and other law enforcement agencies

5. Disobedience of court orders and judgments by Federal and state governments and their agencies

6. Refusal by State Governments to allow the complete autonomy of the judiciary

7. Mistreatments and discrimination against our member colleagues in the ministries and agencies

8. Lack of support to our members with disabilities

9. Molestation and sexual abuse of our female colleagues in law firms, public and private agencies/companies and our law students in the universities

10. Terrible state of human right abuse across the country

11. The terrible security situation in the country

13. The state of Nigerian economy

14. The challenges and decline of legal education and the massive abuse of intake quota of law students by universities

16. The overpricing without approved budgets of NBA annual conferences and yet poor deliverables

17. The conflicts and fractionalizations going on in our NBA branches and in some cases massive abuses of financial control and accountability

18. The shoddy and undemocratic conduct of 2018 primary elections by all political parties in Nigeria which is a harbinger of unfair general elections

19. The failed anti-corruption programme of the country

20. The challenges of corruption and ethics in the NBA and refusal of universities to teach ethics in our LLB

21. The proper recognition and capacity support for our lawyer colleagues in the Police, Army and other law enforcement agencies

22. The rigging of NBA elections

Please past Presidents, we need you now more than ever before to help the Bar chart a course for rebirth. But please when you meet advice Mr. Paul Usoro, SAN to quietly focus on his personal charges in court so that he can as soon as possible clear his name and return to lead the Bar positively and effectively. Do not allow yourselves to be used. This case is Paul’s case not NBA’s. The less we try to hang this on NBA the better for NBA and the future of the legal profession.

Season’s Greetings to you all.