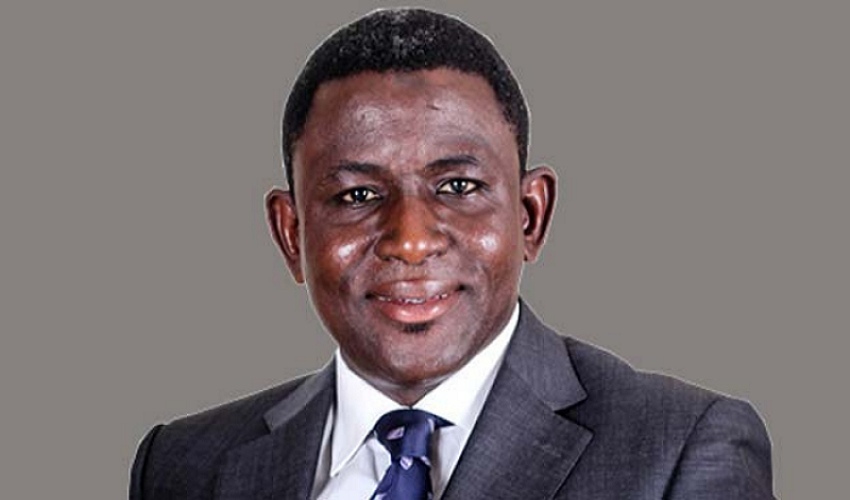 The influential umbrella body of lawyers of Yoruba extraction, Egbe Amofin O’odua has distanced itself from the assertion by its Deputy Leader and prominent lawyer, Chief Niyi Akintola SAN that the bloc took a decision to boycott the Olumide Akpata-led Nigerian Bar Association (NBA).

In an interview with a national daily, the Chairman of Egbe Amofin O’doua and former NBA General Secretary, Mr. Isiaka Olagunju SAN said that he is “not aware of that decision.” Olagunju also stated that the Yoruba cannot abandon NBA.

Saying that “Chief Akintola is entitled to his opinion,” the Egbe Amofin helmsman however stated that aside from being absent from the meeting where the alleged decision was taken, “I didn’t receive any handing over note to say that the Yoruba Lawyers Association should not participate in any of the NBA’s indices (sic).”

According to the PUNCH report, Olagunju was reacting to comments by Akintola on the unruly actions of some lawyers at the just concluded NBA  Annual General Conference.

CITY LAWYER recalls that Akintola had in an interview with FRESH FM, Ibadan said: “When that boy Akpata came on board, we the Yoruba leaders, the Egbe Amofin, we took the unified position that we will not dignify that boy with our presence at any of his Bar gathering. Unfortunately, some of our people who took that decision alongside with us betrayed that trust.”

But Olagunju, in a chat with Judiciary Watch, on Tuesday, said he was not aware the group took such decision.

He said, “I am not aware of that decision. However, Chief Akintola is entitled to his opinion, and I was not in the meeting. By the record you can get from Akpata’s administration, you can see that Yoruba lawyers played prominent roles. There are quite a number of Yoruba lawyers who chaired some committees, even the election was led by a Yoruba man.

“I was at the NBA conference, Professor (Folake) Solanke was there, Lateef Fagbemi, Mallam Yusuf Ali, Dr Babatunde Ajibade (all Senior Advocates of Nigeria), several leaders and elders in Yoruba land were at the conference. So I am not aware, because I didn’t receive any handing over note to say that the Yoruba Lawyers Association should not participate in any of the NBA’s indices.

“It is our bar; Yoruba are the cutting edge of the NBA, how could we abandon the house that we have built?”

Mr. Ifedayo Adedipe, SAN, a member of the association, asked to be counted out of such an agreement if it ever existed. The lawyer said Akintola spoke for himself “and maybe people who attended such a meeting with him.”

He said, “I can tell you for free that any attempt at dividing the association along ethnic, regional or religious grounds, is bound to fail. It is a purely professional body, and while I recognise the right of people to hold views, I do not think it would be helpful to say that a regional body would be set up to say that whomever the president at one point or the other would not be supported for whatever reason.”

Disagreeing with Akintola’s position, Seyi Wemimo (sic), SAN stated that the legal luminary should have gone further to say what would have been done better had Egbe Amofin supported Akpata’s administration.

He said, “The reality is that Akpata has already finished his term, and I don’t know whether if the Egbe Amofin group had supported him, we would have seen any greater performance.

Mr. Dele Adesina, SAN, who seemed to be in agreement with the learned silk, stated that the Egbe Amofin had their grievances, and nobody can blame them for taking the decision they think they wanted to take, and they took.

“I don’t think that is an issue you should flog, because that administration is over. Generally, there are people who don’t hide their feelings; they say it as it is. Different folks and different strokes, that is what life is made of.

“The fact that the administration has ended made the discussion a little academic. They had their (Egbe Amofin) grievances, they had the point they were stressing at the time, and nobody can blame them for taking the decision they think they wanted to take, and they took.”

Former NBA Akure Branch Chairman, Mr. Ola Dan Olawale had in a CITY LAWYER report given a detailed account of how the boycott decision was taken by Egbe Amofin O’odua.