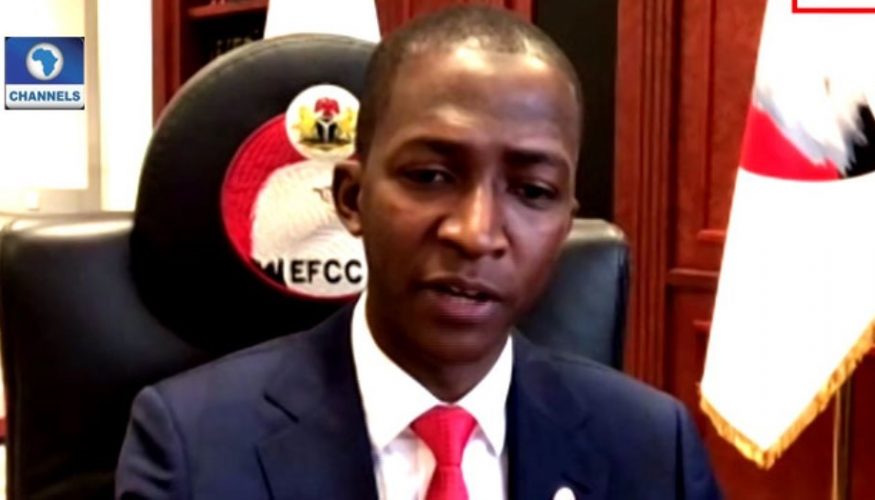 There is controversy over the invasion of the home of Presiding Justice of the Court of Appeal, Kano Division, Justice Ita Mbaba by Economic and Financial Crimes Commission (EFCC) operatives.

His words: “Armed operatives who claimed to be from EFCC invaded the premises of the Presiding Justice of the Court of Appeal, Kano Division in the early hours of this morning. When will this madness stop? We will surely not let this slide. #impunitymustend”

Adesina told CITY LAWYER that while the operatives were able to access the jurist’s compound, they were unable to gain entrance into the main building.

He added that the invasion may have been a case of mistaken identity, adding that a clarification is being awaited from the anti-graft agency.

CITY LAWYER recalls that massive outrage had greeted the mass arrest of Supreme Court justices by the anti-graft agency. This came against the backdrop of court decisions that the judges must first be proceeded against by the National Judicial Council (NJC) before facing any criminal prosecution.

The anti-graft agency is yet to confirm the invasion. 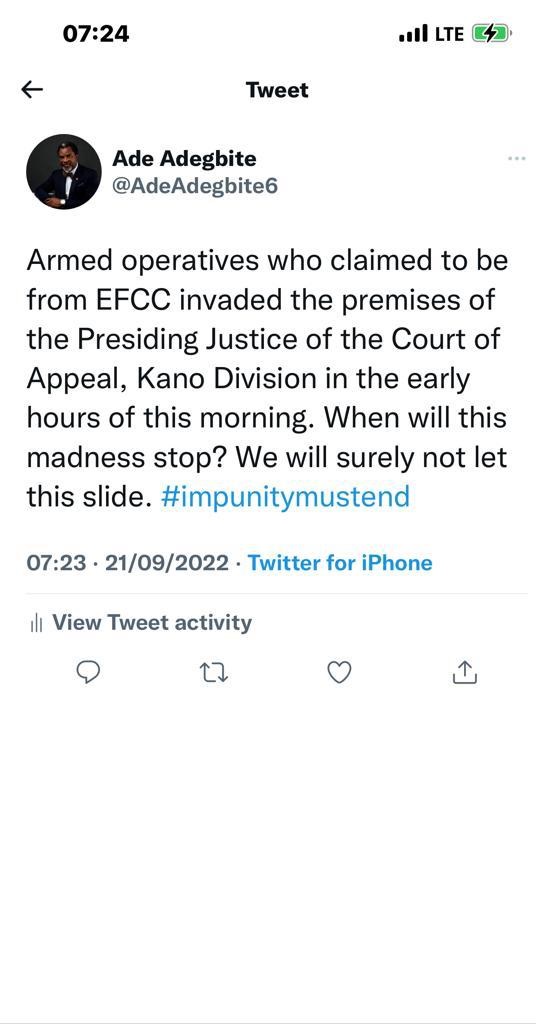