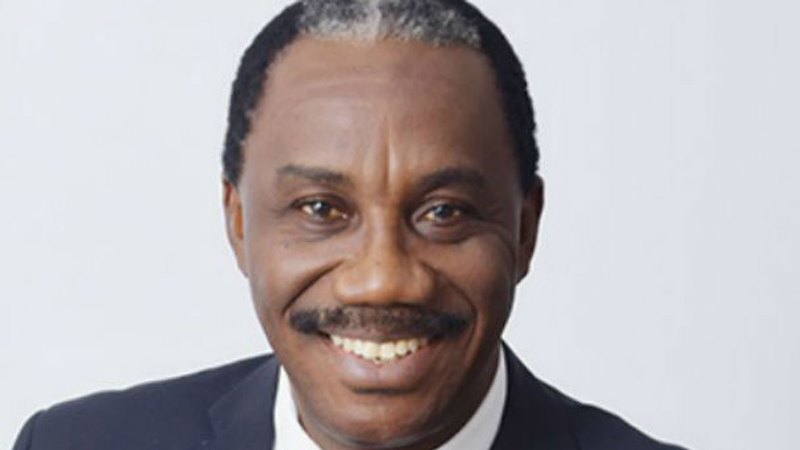 A major split may have occurred in the camp of erstwhile Nigerian Bar Association (NBA) presidential candidate, Mr. Dele Adesina SAN as one of his staunchest backers has urged stakeholders to support NBA President-elect, Mr. Olumide Akpata.

Though former NBA presidential candidate, Prof. Ernest Ojukwu SAN had profusely endorsed Adesina in the run-up to the election, he however told CITY LAWYER today that “we should focus our energy on how to support the new officers.”

Adesina is reputed to have been a major anchor for Ojukwu’s campaign especially in the Lagos area when he sought the much coveted NBA Presidency in the 2018 NBA Elections.

In a statement to CITY LAWYER, the former Nigerian Law School Deputy Director – fondly referred to as “Teacher” – while decrying the lapses that bedeviled the poll, however congratulated Akpata on his victory.

His words: “I congratulate Mr. Akpata and the rest of the members that won at the NBA 2020 election. It is a shame that the process was yet again flawed but now we should focus our energy on how to support the new officers to regenerate the Association to be able to deliver on her objectives that have been lying dormant in our Constitution for sometime now. We should all support them.”

CITY LAWYER recalls that Ojukwu had in an elaborate statement endorsed Adesina as his preferred presidential candidate, saying: “Dele Adesina is the best for Bar Presidency at this time of our history and the future of our profession.

“He not only packs a punch on progressive ideas and execution but has the most experience at leadership and change for the Bar and the legal profession. After NBA was resuscitated following the Port Harcourt imbroglio, it was under the regime of Chief Wole Olanipekun SAN 2002 – 2004 when Dele Adesina was the General Secretary that the Bar witnessed so many firsts in her development. Dele Adesina was in the Centre of them all and highly active in all those activities. I recall some of them like-

● First NBA conference to be conducted in break-out sessions and simultaneous sessions. Before then annual conferences were organized in one hall like ‘dugbe’ market. The General Secretary was the administrator of annual conferences.

● First to resuscitate and relaunch the Nigerian Bar Journal. Seven editions were published in that tenure alone.

● First enactment of the Stamp and Seal Regulation. The Regulation which was suggested by a committee was first captured in the draft Legal Practitioners Act of 2004, but later enacted in the RPC of 2007; and

● Of course, a first comprehensive reform of the administration of the NBA Secretariat.

“I personally know Dele and vouch for his integrity. The Bar needs a progressive President, a dedicated leader, a non-dictator, a democrat, a result-oriented leader, and a compassionate and strongly experienced Bar leader.

“Dele Adesina is the man. He will bring total turn around for the Bar and the Legal profession.

“I endorse Dele for NBA President without any hesitation whatsoever.”

It is recalled that Adesina had demanded cancellation of the poll due to alleged irregularities, calling it a “sham election.” It was unclear how the split will affect Adesina’s quest to upturn the poll, as call to his campaign directorate was not returned at press time.