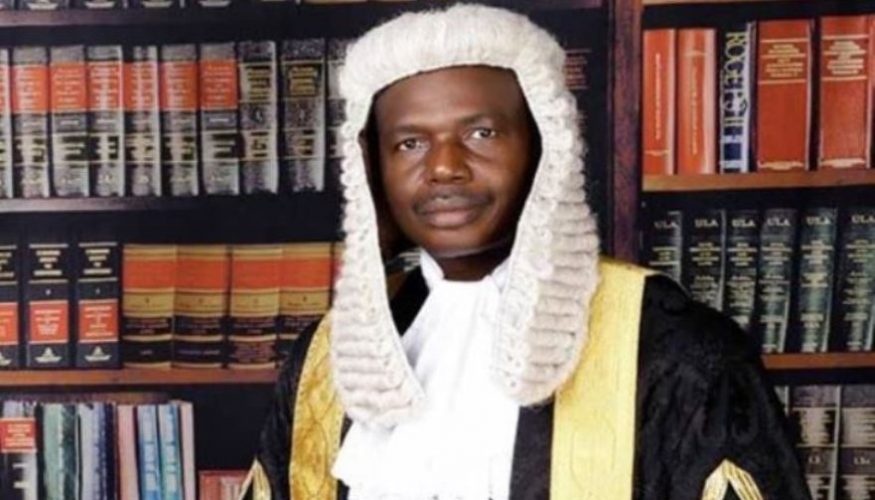 In this article, leading human rights activist, By Ebun-Olu Adegboruwa, SAN argues that cable television service providers must change their billing system to a more humane model, urging the National Broadcasting Commission (NBC) to wake up to its regulatory duties.

It was like a movie, watching the proceedings of the Ad Hoc Committee set up by the House of Representatives, to probe the hike of subscription rates by cable television service providers. The Chairman of the said Committee, Hon Unyime Idem, took me back to my Aluta days at Obafemi Awolowo University (Great Ife), roaring like a lion and reeling out the will of the people of Nigeria with such vehemence, on these shylock entities called cable television companies. The Committee had summoned the lameduck Nigeria Broadcasting Commission, NBC, which has for years unleashed a monopoly upon Nigerians, to milk us dry, without effective statutory regulation. NBC was asked to explain why DSTV and other cable service providers have blatantly and arrogantly refused to introduce pay as you view to their customers. For the avoidance of any doubt whatsoever, let me restate the status quo of this broadcasting brouhaha.

The cable television service providers force their customers into a monthly regime of subscription, irrespective of the conditions of viewing, the quality of the service or even its availability. So, you pay for DSTV in your house for a whole month or a whole year, you pay for DSTV in your office, you pay for DSTV in your village, you pay for DSTV in your guest house in Abuja or anywhere else you have some presence. The cable television company keeps collecting money for dormant viewing or no viewing and keeps smiling to the bank everyday, upon the sweat and suffering of its customers. Not being God with the capacity to be omnipresent, a human being can only be at a single location at a given time. Whilst your television in the office is off at night or anytime you are not there, you keep paying for viewing nothing; when you travel outside Nigeria or you are away from your house or your office, you keep servicing the empty apartment through monthly or yearly payment. When you happen to pop in and you are ready to watch the television just may be once in a month, it would suddenly go off, due to bad weather, poor connection, thunderstorm or common rainfall, but you have paid to the company and you must keep paying. Thus, the situation with many Nigerians is that we are forced to subsidize the greed of the cable television service providers, which profit from services not rendered and they are not willing to change, taking this as some kind of windfall.

“All people of good conscience must commend the House of Representatives for this bold initiative, while we urge the Senate to join the crusade to free us from this commercial exploitation. How many more years does DSTV require to recoup capital since these many decades of extortion? This must not be another flash in the pan, or the usual noise-making gathering, that will be swept under the dirty Nigerian carpet.”

The National Broadcasting Commission Act is very clear, in terms of the powers vested upon the NBC to regulate the broadcasting industry in Nigeria, especially in section 2 thereof. The NBC is empowered to regulate and control the broadcasting industry, to investigate complaints regarding the contents of a broadcast and the conduct of broadcasting stations and upholding the principles of equity and fairness in broadcasting, etc. As you would well agree with me, the NBC has so far turned a blind eye to the exploitative tendencies of the cable television service providers, with scant regard for the onerous responsibility imposed upon it by law to ensure “strict adherence to the national laws, rules and regulations relating to the participation of foreign capital in relation to local capital in broadcasting”.Nigerians have before now protested, they have filed cases in court and they have written several complaints to the National Assembly, all to no avail, as the service providers have insisted on maximum profit, without regard for the satisfaction or plight of their customers. And the questions keep popping up all the time: why is there only one company in a country of about two hundred million people, providing cable television service? Why DSTV only? Why has NBC become so weak and dysfunctional to become totally incapable of protecting the people that it was set up to serve? When will the exploitation end? Why is it impossible to hold DSTV accountable to the same pay per view policy that the same company is implementing in its home country and indeed other African countries? So many questions indeed.

If your subscription to cable television expires, you are disconnected instantly and automatically, but when you renew it, you have to call customer service to get reconnected, going through all manner of manipulative regimes that may cause you days of inactive service despite payment which is already running. What has NBC done, to advocate for extension of viewing time to correspond to the period of inactive service after payment? How do you allow a company floated by private individuals for their own personal profit, to ride roughshod over a whole nation, rendering all of us helpless and exploited? During the initial life of GSM service providers in Nigeria, we heard all manner of stories and arguments why it was impossible to provide calls per second, until another network came on board and revolutionized GSM in Nigeria, thus freeing us from the commercial bondage. It is the same story with DSTV and other cable television service providers. Attempts have been made in the past to compete with DSTV and break its monopoly, through HITV and lately TSTV, all of which did not materialize. Why? Only NBC can answer that question successfully.

This was the scenario until June 25, 2020, when the House of Representatives through its Ad Hoc Committee gave a marching order to DSTV and other cable television service providers to begin the implementation of the pay per view policy immediately.There had been a debate on the floor of the House earlier, when Honourable Idem and other members took up this challenge. Let us go through the newsreport of the proceedings of the House:

“DSTV and other Direct-to-home service providers have deliberately refused to implement the pay as you go plan but rather charge users on a fixed monthly tariff plan, unlike what is obtained outside Nigeria.”

He also explained that Nigeria constitutes over 40% of the total subscribers of DSTV, adding that Nigerians do not get to use the monthly subscription due to one reason or another. Also speaking in support of the motion, Aminu Suleiman called for an end to the monopoly enjoyed by DSTV.

“I have attempted for over a year now to sponsor a motion on the inhuman treatment the DSTV is dishing out to TV watchers in Nigeria. I say that because it is not only in Kenya that DSTV is operating the Pay-As-You view. It is just an abuse and playing with the intelligence of Nigerians. And the monopoly they enjoy contributes to this fact. We will have to encourage NCC to unbundle the entire process and allow investors to come in. They are South African companies, and they don’t do this general viewing to the South African viewers.”

This was the background, when the cable television companies met with the Ad Hoc Committee of the House on June 25, 2020. The Committee did not mince words at all, as it thundered and roared, very loud and clear. The Committee Chairman, Honourable Idem, stated in no uncertain terms that there will be no way for the companies to maneuver the system this time around, as a decision had been taken already, to ensure pay per view. It is for the companies to go back and fine tune the process of implementation, he said. I was moved to tears watching the proceedings of the Committee. I mean this is why we elected them in the first place, or else why should we all become so helpless to continue to tolerate the insensitivity of just one company, for these many years? When there is a power outage and your television and cable network are not powered, you are still paying for viewing nothing! Come on DSTV, this profiteering must come to an end! It is sheer wickedness and economic witchcraft, to continue to insist on the regime of monthly subscription; indeed it is ungodly, especially when this is not the practice in the home country of your company, South Africa. How do we allow a foreign investor, in the name of recouping capital, to invade our land with a shylock policy that it would dare not implement in its own country? How do people take us for granted in this way, if not for the active collusion of our citizens who have been entrusted with power to regulate but have surrendered themselves to be regulated instead?

All people of good conscience must commend the House of Representatives for this bold initiative, while we urge the Senate to join the crusade to free us from this commercial exploitation. How many more years does DSTV require to recoup capital since these many decades of extortion? This must not be another flash in the pan, or the usual noise-making gathering, that will be swept under the dirty Nigerian carpet. No, we must follow up with this to ensure it is implemented to the letter. The NBC must wake up and assert its authority on behalf of the people of Nigeria, to implement the pay per view policy, by all means necessary. Our representatives in the National Assembly have spoken our minds and there is no further assurance than the words spoken at the proceedings of the Ad Hoc Committee of the House of Representatives. Enough is enough. Do I hear your loud voice in support, roaring like thunder!