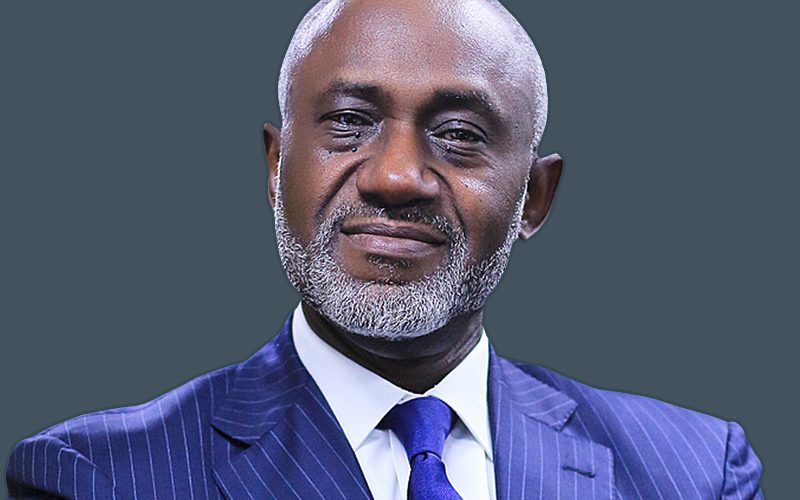 There is palpable anxiety within the legal circles as the Technical Committee for Conference Planning (TCCP) meets today to determine the fees for this year’s Annual General Conference (AGC).

The “proposed fees” which were presented to members of the Nigerian Bar Association (NBA) National Executive Committee (NEC) at their meeting in March have been viewed by many lawyers as prohibitive. The TCCP also seems divided on the appointment of a Consultant and an Event Planner for the flagship conference.

CITY LAWYER gathered that till date, the committee has been working without a budget, even as it continues to make payments for some of the AGC activities.

According to a member of the committee who spoke on condition of anonymity, “I can tell you unequivocally that there is no budget yet at the TCCP. There is also no information on the package for which the AGC fees have been proposed. This issue was raised at the March NEC Meeting but till date, nothing has been done.”

The TCCP member said that “part payment” has been made for EKO Hotel & Suites which is the main venue for the AGC. Other venues being considered to host some AGC events are Nigerian Law School and the highbrow Harbour Point in Ikoyi.

Querying the appointment of a “Consultant” for the conference, the member said that the NBA “has never used a consultant to organize its AGC,” adding, “What is the fee for the consultant?” Prof Konyinsola Ajayi, SAN was appointed “Consultant” by NBA President, Mr. Paul Usoro SAN. The member stated that the Consultant has been sparsely attending TCCP meetings.

The TCCP member also carpeted the committee for hiring an “event planner” for the conference, saying that former NBA General Secretary, Chief Phillip Umeh kicked against the plan during the March 28, 2019 NEC Meeting in Abuja. “We have colleagues who can discharge these duties,” the member said. “But instead TCCP is using an event planner.” Eventful Nigeria Limited is the designated event planner for the conference. It has been alleged that such event planners are often used as conduits to siphon AGC funds. The allegations remain unproven.

The member stated that it was such alleged profligacy that led to the current NBA debt over-hang in excess of N50 million, with AGC arrears forming the bulk of the debt. It is also recalled that NBA is yet to redeem the 2018 AGC Raffle Car Prize won by Rabiu Ayuba, a lawyer.

Asked whether the appointment has been firmed up, the member said: “The event planner has been attending meetings, thereby siphoning NBA’s scarce resources. Everything is shrouded in secrecy.”

Reputed as the largest gathering of lawyers on the African continent, the AGC has often been beset by hiccups and occasional scandals. The NBA does not seem to have gotten a handle on the logistical nightmares posed by its flagship conference, with the result that every succeeding year has witnessed a litany of complaints by participants.

CITY LAWYER recalls that former NBA presidential candidate, Prof. Ernest Ojukwu (SAN) had in a May 14, 2018 letter to former NBA President Abubakar Mahmoud (SAN) called for a reduction in the 2018 AGC fees. He wrote: “At the NBA NEC meeting Kano, all the speakers (including me) spoke in support of a reduction of the conference fees and Mr. President graciously directed the TCCP not to impose fees more than that of 2017.

“Mr. President may need to guide the TCCP further on this especially on the amount to be paid by lawyers under 10 years for the early bird. There is need to review the rate of 2017 further down especially as members have rejected the use of tablets for the 2018 conference. While everything should be done to support a high standard conference, everything must also be done to reduce the burden on members. Our members are really seriously complaining.”

The inability of TCCP to generate a budget upon which expenditures are made seems to be a recurring decimal. Regarding the 2018 AGC, Ojukwu, a former Deputy Director-General of the Nigerian Law School, wrote: “Mr. President expressed surprise during his remarks at the NEC meeting that the TCCP did not submit a budget for the conference. It would be very necessary that this anomaly be rectified as an urgent action Sir to conform to Section 21(c) of our constitution and the principle of openness, transparency and accountability. In fact it is only by providing a budget shall we be able to assess the conference costs by determining what is necessary and reasonable cost we must incur at this time of members’ serious economic difficulties.”

Ojukwu had also queried the absence of the accounts for the 2017 AGC, saying: “At the Uyo NEC meeting of November 2017, the TCCP Report of the Annual General Conference was deferred to the next NEC meeting. See the Para 9.1 of the NBA NEC minutes of 28th Feb-2nd March 2018 at Ilorin.

“That 2017 account was not rendered at the Ilorin NEC or at the recent Kano NEC. It seems to me that this is a fundamental omission. I missed the matter earlier otherwise. I would have drawn your attention to it.”

A source told CITY LAWYER that there are no records at NBA House on the 2017 and 2018 AGC. But there are strong indications that the 2018 AGC Committee led by Mr. George Etomi presented accounts showing that N1.2 Billion was spent on the conference.

An attempt by Ajayi to present the 2017 AGC Report at Uyo NBA-NEC was truncated as NEC members demanded a more detailed breakdown. CITY LAWYER however learned that the accounts ran into troubled waters when Ajayi discovered that some National Officers who were also TCCP members allegedly incurred over N70 million hotel bill on “Bar Leaders,” claiming that was “the tradition.” The source said that while about N1.4 Billion was raised by the committee, the bulk of which was through Ajayi’s goodwill and hands-on marketing, the entire sum was allegedly frittered away. Ajayi was said to have sought a budget ceiling of N800 Million, with the remainder ploughed into NBA coffers. It was unclear at press time whether this has stalled the report. A member of the 2017 TCCP committee however told CITY LAWYER that members never made input into the draft committee report as it was not circulated to members.

The AGC fees were first jerked up in 2017 by almost 100%, with young lawyers who hitherto paid N8,000 compelled to pay N20,000 as “early bird” fee prior to a reduction by the NBA-NEC. Onsite registration was pegged at N25,000 for young lawyers. The hike was attributed to the introduction of tablets as a part of the AGC package. But some lawyers claimed that the tablets were of inferior quality. 2018 fees saw young lawyers in year 1-5 bracket cough out N20,000 each. Unlike 2017 when tablets were dangled as a bait, no such package was included. N25,000 has been proposed by TCCP for young lawyers for this year’s registration, even as the package remains unknown. However, the AGC portal http://nbaconference.com/loader/register_home.php records N20,000 as the early bird fee payable by young lawyers. But registration is yet to commence. 6-10 years post-call fee is N30,000 and 11-15 years post-call fee is N40,000. 16-20 years post-call is pegged at N60,000 while above 20 years post-call is set at N100,000. Senior Advocates of Nigeria, Honourable Attorneys, General Benchers are to pay an early bird fee of N200,000 while Magistrates pay N50,000. Honorable Justices, Honorable Judges, Grand Khadis, Khadis will pay N75,000 while another category tagged “Senior Citizens (Lawyers age 75 years and above)” is to pay N50,000. This category was introduced in 2017.

While inaugurating the 42-member AGC committee, Usoro had especially assured that the AGC fees would be “pocket-friendly.” His words: “In my discussions with the Committee, I have impressed on them the expectations of our members for the best and most memorable Conference in 2019, both in terms of content and in being pocket-friendly vis-à-vis the conferees and the Conference output. I have in that wise extracted the commitment of the Committee, through its Chairman, that the 2019 AGC will live up to those billings. As National Officers, we are mindful of the promises that we made to our members in my Inaugural Address and we shall strive to keep and live by those promises in the planning and hosting of the 2019 AGC.”

He also emphasized that the NBA-NEC must approve all the activities of the committee, saying: “The Committee would report directly to me and would, as required obtain specific approvals from NEC for its assignments.”

NBA Publicity Secretary Kunle Edun again echoed this commitment in a press release when he said: “At the last NEC meeting of the NBA held in Abuja in Abuja on 28/3/2019 the TCCP Chairman presented the Committee’s report to NEC. NEC approved the report and members will be advised soon on the conference fees, which would be pocket friendly.”

The TCCP is chaired by renowned lawyer, Mr. Gbenga Oyebode MFR. It remains to be seen whether the committee will retain the current regime of fees even in the absence of any significant package for conferees and in light of shrinking opportunities for lawyers. 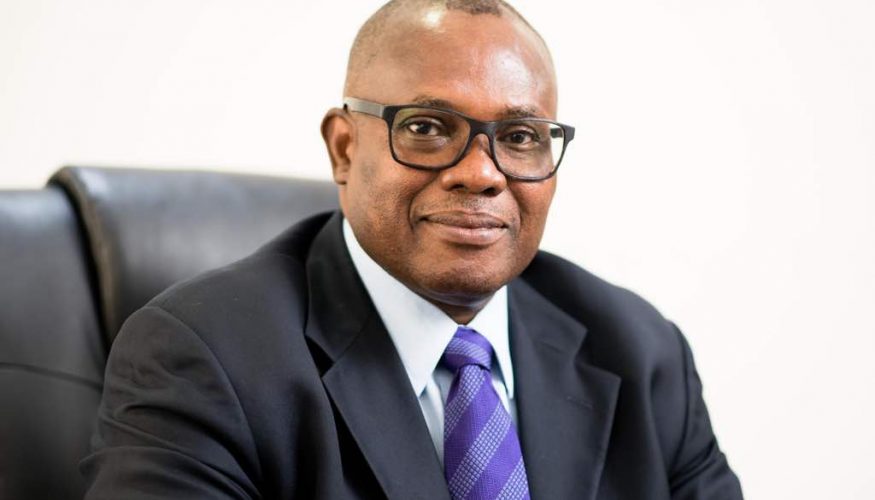