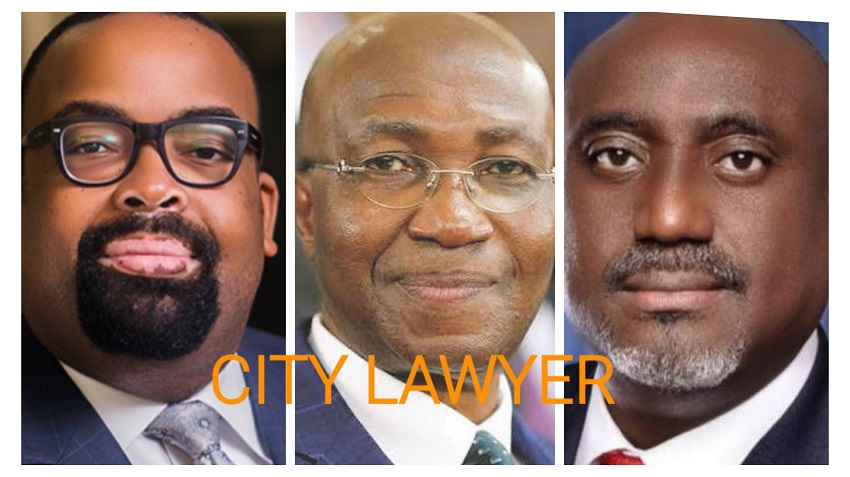 The Body of Benchers, Nigeria’s elite regulatory authority for the legal profession, has “stepped down” consideration of the nomination of the immediate past Nigerian Bar Association (NBA), Mr. Olumide Akpata as an NBA representative to the body, CITY LAWYER can authoritatively report.

This is coming against the backdrop of the approval of two other NBA nominees, Mr. Solomon Umoh SAN and Mr. Sule Usman Ogwu SAN, by the body. While Umoh is returning to the elite body, Ogwu joins the body as a new member. The duo were among the three names forwarded by NBA President, Mr. Yakubu Maikyau SAN to the Body of Benchers for approval as NBA representatives.

CITY LAWYER gathered from unimpeachable sources that trouble started for Akpata when the retired Justice Umaru Abdullahi-led Appointments Committee noted that his curriculum vitae was not submitted alongside the Letter of Nomination as required by the Body of Benchers.

Sources told CITY LAWYER  that Maikyau, at the last pre-Call to Bar meeting held penultimate Monday, took responsibility for the omission and noted that it had been corrected, while urging the benchers to approve Akpata’s nomination.

Following interventions on both sides, CITY LAWYER gathered that the Chairman of the Body of Benchers, Chief Wole Olanipekun SAN stated that the procedure must be rigorously applied, even as he hinted at an additional hurdle of seeking NBA National Executive Committee (NEC) approval for Akpata’s nomination. Olanipekun had added that that was the procedure during his tenure as NBA President.

Sources who spoke to CITY LAWYER however stated that NBA-NEC approval is not statutorily required for nomination as NBA representative to the Body of Benchers. According to a CITY LAWYER source who was at the meeting, “Any suggestion that NBA-NEC approval is required for Body of Benchers appointment is, with respect, totally misconceived. It is only appointment to the National Judicial Council (NJC) that must be subjected to NBA NEC approval. I believe that Akpata’s predicament is more political than otherwise.”

The source wondered why the nomination of a former NBA President would be put in abeyance on the basis that his curriculum vitae was not attached, adding that his pedigree both as an erstwhile member of the Body of Benchers and an immediate past NBA President “are notorious facts.”

It was unclear whether Maikyau would request NBA-NEC approval at tomorrow’s meeting for Akpata’s nomination.

Though CITY LAWYER sought a response from Body of Benchers spokesman, Mr. Daniel Tela on whether the body actually requested an NBA-NEC approval prior to confirming Akpata’s nomination, he was yet to respond at press time.

The NBA and Body of Benchers have been at loggerheads over a call by the lawyers’ body for Olanipekun to recuse himself as the benchers’ chairman following an allegation of solicitation by his co-partner, Ms. Adekunbi Ogunde.

CITY LAWYER had in an exclusive report cited a complaint by former Minister of Energy and Petroleum ministries, Mr. Odein Ajumogobia SAN over an email from Ogunde, a Partner in Wole Olanipekun & Co, allegedly soliciting to take over a brief his law firm was handling from his client, SAIPEM SPA. Following his demand for an apology, Wole Olanipekun & Co apologized for the debacle and disowned the Partner. NBA has since filed a petition against the embattled senior lawyer at the Legal Practitioners Disciplinary Committee (LPDC), an arm of the Body of Benchers.