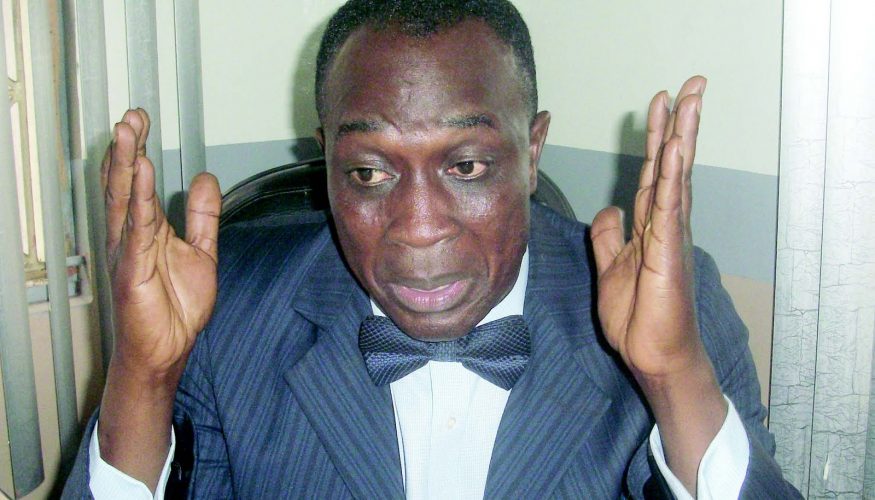 NBA ELECTION: OGUNLANA VOWS TO FORGE AHEAD WITH MAIN SUIT

Former Chairman of Nigerian Bar Association (NBA), Ikeja Branch, Mr. Adesina Ogunlana has vowed to go ahead with a lawsuit to determine his eligibility for the forthcoming NBA National Election, saying today’s ruling by a Lagos High Court sitting at Ikeja did not tamper with his right to institute the substantive action.

Though Ogunlana’s telephone numbers were switched off when CITY LAWYER attempted to contact him, his close aide and RAMINBA Secretary, Mr. Ayo Ademiluyi, said there is “serious misconception” regarding the court ruling, adding that “our main claim is very much alive.”

He said that the movement will proceed to conclude the Pre Action protocols within the next seven days before filing the substantive suit “to determine whether Mr. Ogunlana was validly excluded from the race and whether any NBA Chairman can on his own issue a Letter of Good Standing or refuse same as he wills.”

It is recalled that the court had dismissed Ogunlana’s application asking it to set aside his disqualification by the Electoral Committee of the NBA (ECNBA) or restrain the defendants from conducting the NBA Elections without his inclusion in the race. The electoral body had disqualified the former branch chieftain on the ground that his nomination forms did not include a “Letter of Good Standing” from his branch chairman.

But the Nigerian Bar Association asked the court to dismiss the suit. Represented by high-profile lawyer, Dr. Paul Ananaba SAN, the NBA brought a Notice of Preliminary Objection pursuant to Order 43 (Rule 1) of the Civil Procedure Rules 2019 of the High Court of Lagos State and under the inherent jurisdiction of the court. The motion was served on the Lead Counsel for Ogunlana, Mr. Dare Akande at exactly 6:12 pm yesterday. The matter is slated for hearing today before Justice Adedayo Oyebanji.