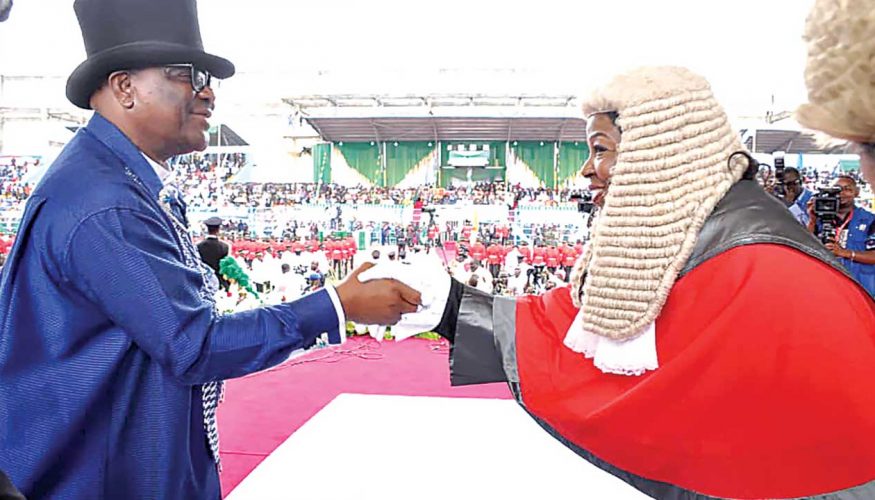 The Eastern Bar Forum (EBF) has commended the Rivers State Judiciary on the one year anniversary of its e-Filing and Court Automation platform which commenced on Tuesday, March 9 and will continue till the end of March.

In a congratulatory letter to the Chairman of the Rivers State Judiciary ICT Committee, Hon. Justice Elsie Thompson dated 12th March, 2021 and titled “Rivers State e-filing platform: Letter of commendation,” the forum noted that “What many saw as impossible has been made possible because of your sincerity of purpose, doggedness and sense of responsibility.”

Signed by Mr. S. Long Williams and Sir Ray Akanwa, Chairman and Secretary of the forum respectively, the influential regional Bar forum said: “We, on behalf of the entire forty five (45) NBA Branches in the Eastern Bar Forum felicitate with you and the entire Rivers State Judiciary on the one year anniversary of the launch of the e-filing platform in the Rivers State Judiciary.”

While commending Justice Thompson “for a work well done,” the Eastern Bar Forum said: “We urge you to continue with your good works as you join the Hon. Chief Judge of Rivers State to make the Rivers State Judiciary the cynosure of all the Judiciary in Nigeria.”

Commenting on the milestone at a press conference held to celebrate the anniversary, the State Chief Judge, Hon. Justice Adama Iyayi-Lamikanra said: “Good justice systems are independent, transparent, accountable and efficient. Citizens depend on the judicial arm of government for key decisions that affect their daily lives and the society they live in. A good justice system is an inalienable right of the citizen.

“In order to initiate lasting reforms in the justice sector and to replace the archaic procedures and outmoded administrative and management systems, information and communications technology (ICT) solutions have been deployed holistically at the Rivers State Judiciary to provide end-to-end automation of the caseflow system.

“I believe that Information and communications technology have brought a turning point in the history of human civilization. It has brought about numerous changes and innovations in all fields of human activity. It has resulted in enhanced efficiency, productivity and quality of output in every walk of life. And the Justice sector should not be an exception.

“The last 365 days in the Rivers State Judiciary has been a journey of automating processes for improved speed in the administration of justice. The journey has been experiential with a lot of positive feedbacks and improvements on an ongoing basis.

“Most of the Rules that operate in our courts today date back to decades of manual and analogue practice that always require human intrusion to achieve the desired goal of effective justice administration.

“More than ever before, the pandemic revealed most of the inadequacies of the manual system and informed how the use of technology can greatly improve the access to justice and speed up the delivery of same. The all-round support from the State Government gave the needed impetus for us to embark on the audacious journey of automating the Rivers State Judiciary.”

The project is receiving technical support from Mr. Emeka Albert, a Justice Sector Reform Consultant and Chief Editor of LEGALPEDIA, who told CITY LAWYER that “more special modules and features of the platform have been scheduled for roll out soon.” 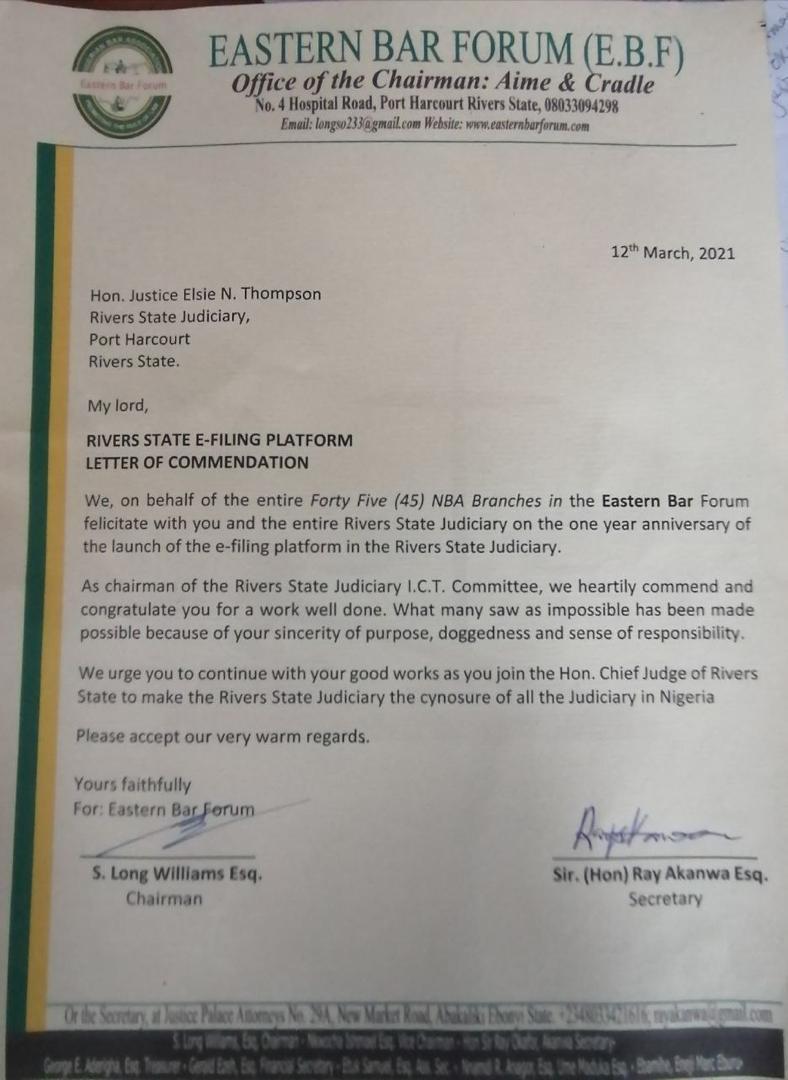