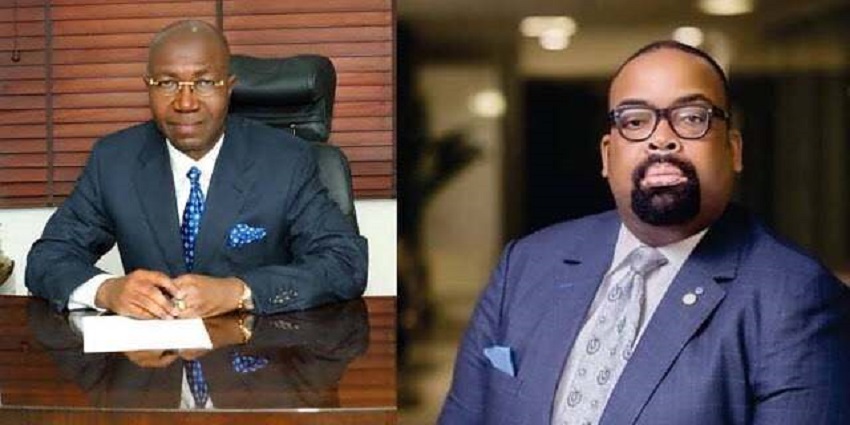 It has become imperative that the letter written by Mr. Olumide Akpata requesting that one of his predecessors in office who is also one of the undisputed leading lights of the legal profession, Chief Wole Olanipekun, SAN recuses himself as the chairman of the Body of Benchers (BOB) because of a pending petition against a member of his firm be objectively considered against the backdrop of applicable laws. Olumide Akpata is himself a lawyer and currently president of the NBA, thus imbuing him with responsibility to make representations that align with law in manners that are not easily questionable if not all together untenable.

Olumide Akpata had confidently asserted as the basis of his letter that:
“As you know, LPDC is a Standing Committee of the BOB whose processes come under the supervision of the Chairman of the BOB – an office which you currently occupy”

The letter did not state any law relied upon by the NBA President to inform the conclusion that the processes of the Legal Practitioners Disciplinary Committee (LPDC) come under the supervision of the Chairman of the BOB. Supervisory powers over an adjudicating body like the LPDC is one of law and not conjecture and this must be obvious to the President of the NBA. One would have expected the NBA President to validate his assertion with statutory provisions since he was writing about organizations set up by law and with clearly defined and written statutory documentation regulating their operations. The reason he chose not to do this is easily discernible, and it is because there is no statute that supports his position. Conversely, statute(s) expressly negate(s) his position. It is expected that every lawyer or at least the NBA President is familiar with the Legal Practitioners Act. Section 12 (7) of the Legal Practitioners Act, in respect of punitive directions given by the LPDC, provides:

“The person to whom this section relates may, at any time within 28 days from the date of service on him of notice of the direction, appeal against the direction to the Supreme Court; and the disciplinary committee may appear as respondent to the appeal and…..”

Furthermore, Order 24 of the LPDC Rules gives the LPDC the power to revoke its own findings in certain circumstances. As lawyers, we know that statutory provisions are interpreted according to the ordinary dictionary meanings of the words in the Statute and that the express mention of a thing in a statute is the exclusion of all other things. See the Supreme Court decisions in the cases Abegunde v. OSHA & Ors. (2015) LPELR – 24588 (SC) 41 and Marwa & Ors. v. Nyako & Ors. (2012) LPELR – 7837 (SC) 172 (cases which coincidentally were handled by the law firm of Wole Olanipekun & Co.). There is no single provision of the Legal Practitioners Act, RPC, or LPDC Rules on substantive hearing of a complaint that reserves any decision-making role for the BOB or its chairman and I challenge the NBA President to state any if it exists.

In the face of all these statutory provisions stating the contrary, on what basis did the President of the umbrella Body of lawyers in Nigeria conclude in his letter that the processes of the LPDC come under the supervision of the Chairman of the BOB? The NBA President went on to state in his letter that:

“As Lord Denning put it “Justice must be rooted in confidence; and confidence is destroyed, when right-minded people go away thinking that the Judge is biased”

The NBA President could not even bother to be detailed or meticulous enough to state the exact case where Lord Denning MR made the postulation. In any event, it was Metropolitan Properties Co (FGC) Ltd v. Lannon (1969) 1 QB 577. As lawyers, one of our basic trainings is to reference cases properly and deploy precedents appropriately in subsequent circumstances. Accordingly, it will be necessary to do a brief recap of the circumstances that made Lord Denning MR to make the comments stated in the NBA President’s letter. In the said case, the respondent, Mr. Lannon (a legal practitioner) was living with his father at a flat in Regency Lodge, Swiss Cottage London and was also helping his father out in a dispute on appropriate rent payable with his Landlord. Other tenants were involved in the dispute, and it was referred to the Rent Assessment Committee where Mr. Lannon sat as the Chairman. The said committee fixed the applicable rent at a ridiculously low rate, that was even lower than the amount proposed to be paid by the tenants. It was on realizing the relationship of Mr. Lannon with the property that the Appellant made a case against his qualification to sit as chairman of the Rent Assessment Committee. Therefore, Mr. Lannon was actual decision maker and Judge. Is Olanipekun a Judge in the same manner as Mr. Lannon when it has been shown statutorily that the BOB and its chairman do not participate in the decision-making process of the LPDC and Olanipekun is not also a member of LPDC?

If anything gives the impression of injustice, it is the request by the NBA president and 1st Vice President to the LPDC for a determination of whether Olanipekun is liable to be disciplined by the LPDC. Imagine the incongruity – the NBA President wants the LPDC to first determine Olanipekun’s liability so that, after a determination of that liability, a complaint will now be made to the same LPDC for a trial to enable the same LPDC formally make a decision in line with its earlier finding on liability. Would the trial not be a circus or dress rehearsal and case of “come and receive your predetermined verdict”. And all these requests are made in a petition where Olanipekun is not a party. What a crass breach of fair hearing.

Any lawyer who paid proper attention at University (Nigerian) and Law School will still recall the celebrated case of Legal Practitioners Disciplinary Committee v. Chief Gani Fawehinmi (1985) LPELR -1776 (SC) where the Supreme Court held that the LPDC populated by the same members who already had a guilty predisposition against the iconic Chief Gani Fawehinmi could not sit to try him for professional misconduct.

I had made my points in this write up with both case law and statute unlike the NBA President’s letter which referred to none. Would it be that the NBA President is not aware of these statutory provisions and case law or he chose to ignore them? Either scenario is unpalatable. The Legal Practitioners Rules of Professional Conduct (RPC) mandate lawyers to be candid and not present positions that are clearly untenable. In fact, Rule 32 (a) requires lawyers to disclose positions of law that are adverse to their case if same is known to them. Can it be said that Akpata’s submission to the general public that the processes of the LPDC are under the supervision of the Chairman of the BOB is candid? I do not think so.

The National Judicial Council (NJC) is the appointor and employer of all Judges in Nigeria; yet litigants sue NJC successfully before courts manned by Judges and Justices who are NJC employees. That is even in more direct relationships and yet, nobody asks Judges to disqualify themselves in these cases; NJC even loses some of these cases and an example is the Court of decision in National Judicial Council v. Hon. Justice P.N.C Agumagu & Ors. (2018) LPELR-25403 (CA) – a case also handled by Chief Wole Olanipekun, SAN. Is Akpata also impugning the characters of the members of the LPDC by stating that they are susceptible to influence? So many questions that beg for answers.

My advice to Olanipekun is that he should remain calm. These times shall pass and he will continue to stand tall and tower. As for me, I pray that I will be like Olanipekun and let those who don’t pray for similar feats like his genuinely pray to God that they will not be like him. These kinds of orchestrated attacks were made against those before him, and this will also fail. What further evidence of orchestration does one need aside that of Akpata himself that his own role in was to write the letter and he has done it but it was the role of others to challenge Olanipekun at the recent BOB meeting as if it is a relay race where batons are being passed. If I may query, why did Akpata write a letter to Olanipekun as sole addressee, and he decided to send it to every single member of the BOB even before a response from Olanipekun? This is aside the fact that he released the letter to the entire world before even delivering same to Olanipekun.

The real addressees of the letter are obvious and its intention palpable, which is to set up a mob against Olanipekun and put him on a slab. All of these will also fail. As for John Aikpokpo-Martins who swore to the affidavit in support of the Petition against Ms. Ogunde, he should please refer to the implication of giving false evidence under Order 17 of the LPDC rules especially as it relates to his inconsistent position on Ms. Ogunde’s ostensible authority from the other Olanipekun partners even when he had stated under oath that both Ms. Ogunde and the firm expressly stated that she had no such authority. He has not brought evidence to show the said ostensible authority and he also knows when ostensible authority can be presumed under the partnership law of Lagos State.