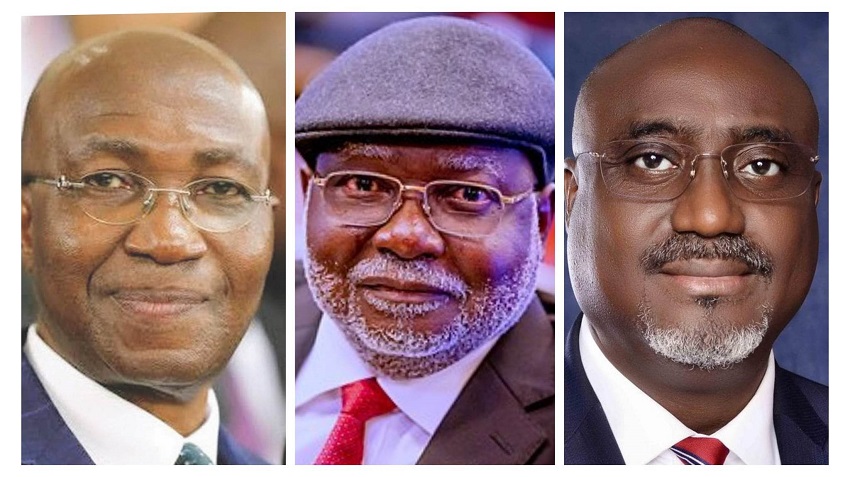 The elite Body of Benchers have thrown its weight behind its embattled Chairman, Chief Wole Olanipekun SAN through a confidence vote.

The benchers also gave a cold shoulder to a letter by the embattled Law Society of Nigeria (LSN) urging the body to recognize the new lawyers’ group. Its solicitor and former NBA General Secretary Nimi Walson-Jack was recently suspended by the NBA National Executive Council.

CITY LAWYER gathered that in discussing NBA’s letter calling for Olanipekun’s resignation as benchers’ chairman, it was noted that a preliminary report of the Legal Practitioners Disciplinary Committee (LPDC) had absolved partners at Wole Olanipekun & Co from any complicity in the solicitation letter written by Ms. Adekunbi Ogunde, a partner at the law firm.

The benchers argued that in the absence of any appeal on the decision, there was no basis to demand Olanipekun’s departure from the post.

Instead, Life Bencher, Chief Adegboyega Awomolo SAN commended Olanipekun as a highly successful lawyer on several fronts, urging the benchers to pass a vote of confidence on him. The call was seconded by another jurist.

Turning to Gadzama’s strident quest for a probe of the 2022 NBA Elections, CITY LAWYER gathered that NBA President Yakubu Maikyau SAN warned the benchers to steer clear of the matter.

Though Olanipekun had mooted the setting up of a committee to probe the elections, Maikyau stated that he won the election overwhelmingly, adding that the Legal Practitioners Act (LPA) did not give the benchers any oversight role on NBA Elections.

The benchers also dumped a request by the nascent Law Society of Nigeria (LSN) urging the body to recognize it as another association of lawyers. The benchers resolved that there was no basis to discuss LSN’s letter, arguing that the body is unknown to the LPA. It was agreed that the LPA must be amended for the new lawyers’ association to have a legal footing that would enable the benchers to accord it a hearing.

CITY LAWYER recalls that Maikyau had in a recent searing letter urged Olanipekun to resign as Chairman of the Body of Benchers, citing Ogunde’s email.

CITY LAWYER had in an exclusive report cited a complaint by former Minister of Energy and Petroleum ministries, Mr. Odein Ajumogobia SAN over an email from Ogunde, a Partner in Wole Olanipekun & Co, allegedly soliciting to take over a brief his law firm was handling for SAIPEM SPA. Following his demand for an apology, Wole Olanipekun & Co apologized for the debacle and disowned the Partner. NBA has since filed a petition against the embattled senior lawyer at the LPDC.