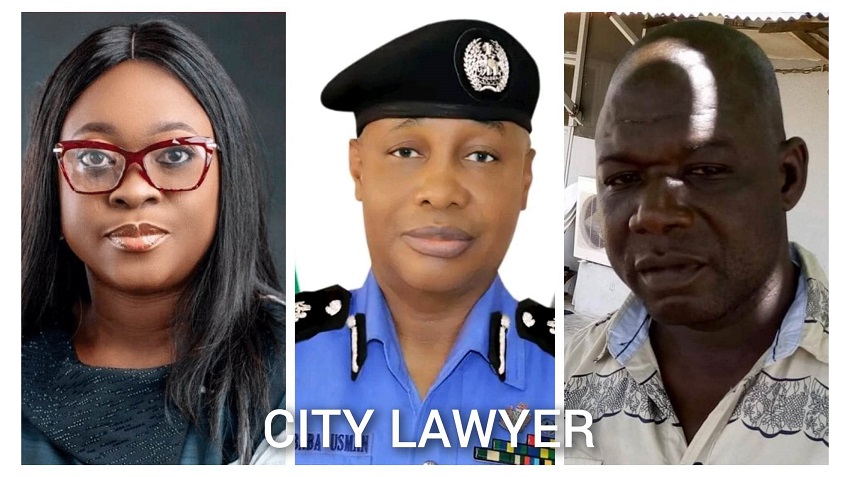 A former Director in the Federal Ministry of Justice has told CITY LAWYER that he is almost certain that ASP Drambi Vandi who killed Lagos lawyer Omobolanle Raheem and her unborn twins on Christmas Day was the same officer who killed a Nigeria Customs officer at a checkpoint in Niger State in the mid-1990s. Vandi joined the Nigeria Police Force around 1989.

In this no-holds-barred interview with CITY LAWYER from his current base in the United States, Chenge who retired meritoriously from service seven years ago, said that some powerful forces in the Nigerian Police Force frustrated his effort to bring Vandi to justice.

TELL US A LITTLE ABOUT YOURSELF
My name is Nevkaa Richard Chenge. I worked as State Counsel in the Federal Ministry of Justice from 1993 to 2015 when I retired normally at age 60 as a full Director. From 1993 to 1997, I was posted as Assistant Legal Adviser to the (Nigeria) Customs headquarters in Abuja.

HOW DID YOU FEEL WHEN YOU HEARD ABOUT THE KILLING OF A LAWYER ON CHRISTMAS DAY BY A POLICE OFFICER?
I was very grieved when I learnt a police officer exhibited hooliganism to kill a lawyer in Lagos.

WHAT STRUCK YOU ABOUT THE NEWS REPORT?
What struck me first was the name Drambi VANDI. This is because in about 1995/96 I was detailed by the Legal Adviser Nigeria Customs Service to whom I was Deputy to proceed to Minna, Niger State to take up and prosecute a police officer in Minna by name Zara VANDI who at a Customs check-point in Niger State gunned down without any justification a Customs officer who was on duty at the check-point.

When I arrived in Minna the Customs Controller, Niger State detailed a vehicle that took me to the Police headquarters. The police commissioner sent the IPO who gave me the duplicate case file to study. He brought the suspect to me. His defence was that he thought the Customs men at the check-point were armed robbers. My plan was to obtain a fiat from the State AG to prosecute, since murder is a State offence.

After some time, the police became uncooperative. I could no longer see the IPO not to talk of the witnesses I intended to interview. I therefore asked the police to send the duplicate case file to the State AG while I watch brief for Customs. For a long time nothing happened till I left Customs for another Agency. I was frustrated in my purpose of prosecuting the suspect by the police.

TELL US THE CIRCUMSTANCES SURROUNDING THE SHOOTING
He was a constable at that time and he was in a vehicle coming to Minna. When they arrived at a Customs check-point, he simply got down and shot dead one of the customs officers on duty and calmly walked back and his vehicle drove off. He later claimed in his defence that he thought they were armed robbers. How could there be two different Vandis doing a similar thing. Someone is going to frustrate linking him to his former deeds.

ARE YOU AWARE THAT THE NAMES OF THE SUSPECTS ARE DIFFERENT?
Since the suspect who killed the lawyer is said to be 33 years in Police service, I strongly suspect he is the same person operating with a different first name.

Let us find out if he ever worked in Niger State in the mid-90s. If he did, he must be the one. You know police. They may not have ever sent the file to the State AG or they sent a deliberately watered-down file. In such a case, the AG will have no choice but to advise no prosecution, and that becomes their shield.

DOES THE SUSPECT HAVE ANY RESEMBLANCE WITH THE SUSPECT IN THE INSTANT CASE?
I saw the suspect in Minna. It is a very long time now but the suspect I saw on the net could be the same suspect, with the police aiding him to cover his tracks under a different first name. He must have escaped from the case in Minna by some crooked means, assisted by the police.

IN THE CIRCUMSTANCES, WHAT DO YOU RECOMMEND?
I am now a Pastor in the House of the Lord but I do not claim to be a prophet. But I can bet all of you that the suspect, if he is the same person, is going to put up the same defence that he thought the lawyer and his wife were armed robbers – similar facts evidence of a man doing the same thing again and again in a peculiar manner.

I therefore would recommend investigation at the Customs headquarters and Police headquarters in Minna what became of the case of Zara Vandi and whether at any time this so-called Drambi Vandi worked in Niger State in his career.

I now live in America with my wife and children and will not rest on my oars until justice is done.