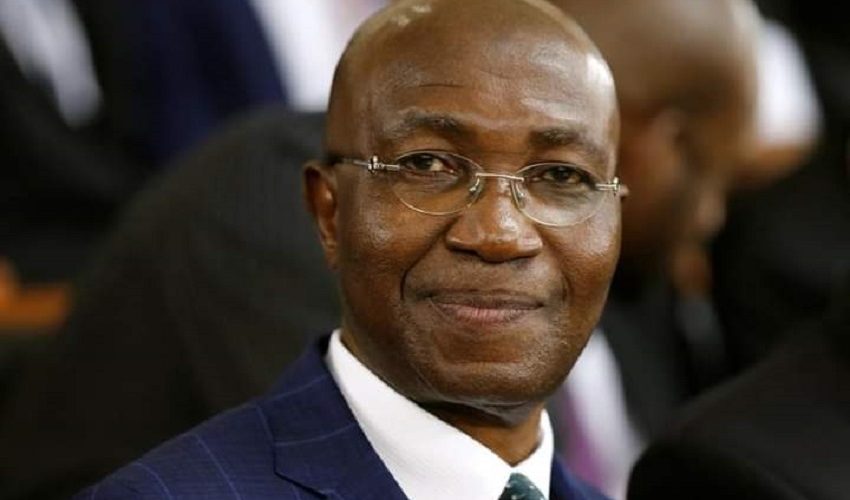 The Nigerian Bar Association (NBA) has urged the Legal Practitioners Disciplinary Committee (LPDC) to sanction the Chairman of the Body of Benchers, Chief Wole Olanipekun, SAN and other partners in his leading law firm for professional misconduct, CITY LAWYER can authoritatively report.

In a petition, THE INCORPORATED TRUSTEES OF THE NIGERIAN BAR ASSOCIATION AND ADEKUNBI OGUNDE, ESQ. filed yesterday at the LPDC, NBA urged the LPDC to “consider whether the partners of the firm of Wole Olanipekun & Co. are not liable to be disciplined by this august body seeing that the Respondent has the ostensible authority to act as a partner, and indeed acted for and on behalf of the said firm.”

The association also dragged a Partner in the law firm, Ms. Adekunbi Ogunde to the committee over the controversial email she allegedly wrote to an international oil company seeking a brief.

CITY LAWYER had in an exclusive report cited a searing complaint by an apparently embittered senior lawyer and former Minister of Energy and Petroleum ministries, Mr. Odein Ajumogobia SAN where he referenced an email to the oil company from Ogunde and demanded an apology from the law firm. The firm apologized for the debacle and disowned the Partner.

In the petition obtained by CITY LAWYER and numbered as BB/LPDC/901/2022, NBA 1ST Vice President, Mr. John Aikpokpo-Martins stated that he was applying “on behalf of the Applicant that ADEKUNBI OGUNDE of WOLE OLANIPEKUN & CO of God’s Grace House, 5, Maple Close, Osborne Foreshore Estate Phase 11, Ikoyi, Lagos be required to answer to the allegations contained in the Statement/Affidavit which accompanies this Application and that such Order be made as the Committee shall think right.”

Filed on behalf of the Incorporated Trustees of the Nigerian Bar Association and dated July 19, 2022, the petition was titled “PETITION AGAINST ADEKUNBI OGUNDE, ESQ., A NIGERIAN LAWYER DULY CALLED TO THE NIGERIAN BAR WITH HER NAME ON THE ROLL OF LAWYERS KEPT IN THE SUPREME COURT FOR THE VIOLATION OF THE EXTANT RULES OF PROFESSIONAL CONDUCT FOR LEGAL PRACTITIONERS (RULE 1 OF THE RPC) BY SOLICITING FOR BRIEFS AND PEDDLING THE INFLUENCE OF THE PRINCIPAL PARTNER OF HER LAW FIRM CHIEF WOLE OLANIPEKUN, SAN AS HAVING THE ABILITY TO EXTRA-LEGALLY INFLUENCE DECISIONS OF COURTS IN NIGERIA BEING THE CHAIRMAN OF THE VERY DISTINGUISHED BODY OF BENCHERS THEREBY PUTTING THE ENTIRE LEGAL PROFESSION TO NATIONAL AND INTERNATIONAL PUBLIC RIDICULE AND ODIUM.”

In the Statement of Facts accompanying the application, NBA noted that Ogunde is “expected to exhibit and maintain a very high standard of conduct, professionalism, respect for the integrity of court and the judicial process when discharging her professional duties and responsibilities to clients, the legal profession and members of the general public.”

The Applicant however stated that “Sometime in the month of June 2022, members of the legal profession and indeed the general public were rudely confronted with unbelievable reports in the social media of a letter alleged to have originated from the very esteemed and revered office of Wole Olanipekun & Co and authored by the Respondent.”

Continuing, the Applicant stated that “In the said letter, the law firm of Wole Olanipekun & Co unprofessionally and surreptitiously solicited for a brief from Saipem SPA, an international conglomerate known (knowing that another firm of lawyers was handling the said brief in the court) and further shamelessly touted the supposed overriding influence of the principal partner of her firm, Chief Wole Olanipekun, SAN, the current chairman of the very revered and distinguished Body of Benchers, and a very respected past President of the Applicant herein.”

Citing the letter from Ogunde to Mr. Francesco Ciao of Saipem SPA, NBA stated that “Members of the legal profession particularly members of the Applicant were very disturbed by this infamous letter alleged to have originated from arguably one of the most successful, biggest, respected and most distinguished law firms in Nigeria,” adding that its hope that the allegations contained in the letter were “false, misleading and outright mischief orchestrated by some rabble-rousers” was dashed by letters from the law firm of Wole Olanipekun & Co apologizing for the action of the Respondent and disclaiming her.

Justifying the filing of the application, the NBA stated that “The entire members of the Applicant arising from their comments on the social media and calls to the President of the Nigerian Bar Association have been feverishly and fervently demanding and calling on the Applicant to rise up and refer the Respondent and the partners of Wole Olanipekun & Co. to the Legal Practitioners’ Disciplinary Committee for gross and grave professional misconduct that brought unprecedented shame, ridicule, opprobrium and odium on the entire administration of justice system and the legal profession in Nigeria.”

NBA urged the LPDC “to immediately commence the disciplinary process and prosecute ADEKUNBI OGUNDE Esq. for the violation of the sacred provisions of the Rules of Professional Conduct, particularly Rule 1 thereof.”

The NBA Trustees then asked the LPDC to “consider whether the partners of the firm of Wole Olanipekun & Co. are not liable to be disciplined by this august body seeing that the Respondent has the ostensible authority to act as a partner, and indeed acted for and on behalf of the said firm.”

Accompanied by a 16-paragraph “AFFIDAVIT OF FACTS IN RE: THE PETITION OF THE NBA AGAINST ADEKUNBI OGUNDE, ESQ.” dated July 19, 2022 and deposed by Aikpokpo-Martins, the Applicant urged “your quick consideration of this Petition.”

It is recalled that the Respondent had in a Press Release on the controversy titled “RE: CITY LAWYER MAGAZINE PUBLICATION WITH THE TITLE – AJUMOGOBIA ACCUSES OLANIPEKUN’S LAW FIRM OF MISCONDUCT; AND ALL OTHER RELATED PUBLICATIONS IN THE SOCIAL MEDIA” acquitted Olanipekun and the law firm from any blame.

It was unclear at press time whether the petition has been communicated to the Respondent.

The LPDC is a committee of the Body of Benchers.

CITY LAWYER recalls that the Olumide Akpata-led NBA had also dragged an unnamed Senior Advocate of Nigeria and six other lawyers to the LPDC over their alleged roles in a series of conflicting ex-parte court orders issued by some  courts.