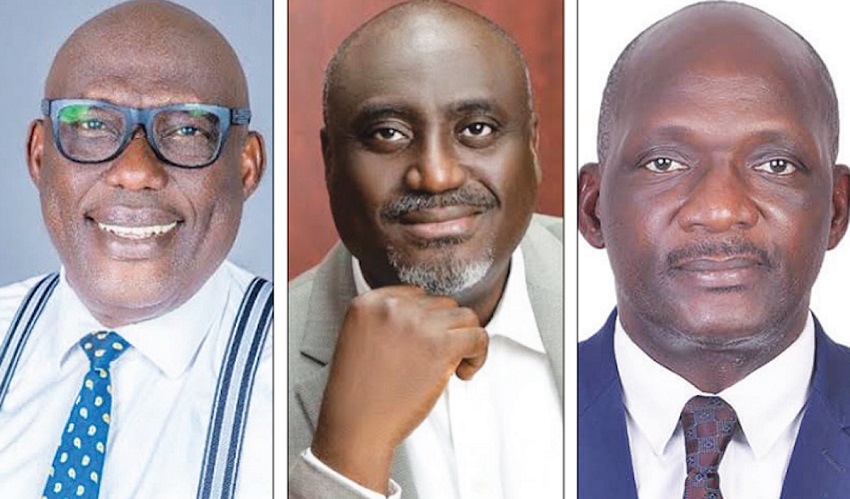 The last has not been heard about the recent Nigerian Bar Association (NBA) Elections as erstwhile presidential candidate, Chief Joe-Kyari Gadzama SAN has vowed not to file any petition at the reconstituted NBA National Election Appeal Committee (NBA-NEAC) unless the reconstitution is ratified by NBA National Executive Council.

Signed by Chief Chukwudi Oli, Director-General of Joe-Kyari Gadzama Campaign Team, and copied to the Chairman and Members of NBA-NEAC, Gadzama also asked “That an independent forensic audit of the NBA National elections of July 16, 2022, including but not limited to election logs, be mandated and conducted forthwith particularly that of the presidential election.”

The Campaign Organisation also decried the “levity visited upon the petition dated 6th May, 2022 (“the Petition”) hereto attached as “Annexure 3”, addressed to the ECNBA by Mr. Tochukwu E. Ohazuruike,” saying it “is a cause for grave concern.”

According to the Organisation, “The Petition was not considered on its merit and this leaves much to be desired. Of substance, the Petition was hinged on the ground that one of the NBA presidential candidates, Mr. Yakubu Chonoko Maikyau, SAN is not constitutionally qualified to contest for the office of President in the 2022 NBA National Officers’ election due to his failure to meet the eligibility criteria of not less than two years membership of NEC at the time of nomination, mandatorily required under section 9(3)(c)(i) of the Constitution and page 1 of the ECNBA’s Preliminary Notice of Election dated 17th day of March, 2022. The Petition also made copious references to verifiable minutes of NEC meetings and signed attendance lists within the period of 2018 to 2020, confirming that Mr. Maikyau, SAN was absent for three consecutive meetings by virtue of which he automatically lost NEC membership at the time under reference pursuant to section 8(8) of the Constitution. And that such period of Mr. Maikyau’s non-membership of NEC cannot be reckoned with for purposes of computation of time as NEC member for his nomination, qualification and participation in the 2022 NBA National Officers’ election, held on the 16th day of July, 2022.

“The Petition also averred that assuming that Mr. Maikyau had not absented from three consecutive meetings under the Mr. Olumide Akpata led NBA dispensation, Mr. Maikyau, SAN has still not and could not have met the NEC eligibility criteria of not less than two years between the timeframe of August, 2020 to the 15th April, 2022 deadline for nomination of candidates which is barely 20 months and thus less than the requisite two years. Thus, the NEC membership of Mr. Maikyau, SAN under the Olumide Akpata led NBA does not also meet the minimum two years’ requirement of NEC membership as stipulated in the Constitution.

“The issues raised in the said Petition, prima facie, are plausible grounds for disqualification and their veracity should have been explored and not waived aside on the basis of technicality. This is more so considering that the response given by Mr. Y.C. Maikyau, SAN (Annexure 4 attached hereto) is a confirmation/admission that, indeed, he was absent from three consecutive NBA-NEC meetings.

“Furthermore, having due regard to paragraph 2.2(d) of the second schedule to the NBA Constitution, an aspirant to the Office of the Presidency of the NBA has to be from a section/geo-political zone in the geographical zone where the Presidency is zoned, in this case the North for 2022 NBA election, in compliance with the constitutional rotation requirement. Owing to the fact that previous Presidents of the NBA have emerged from the North West and North Central geopolitical zones of the Northern Zone in times past, the import of section 9(3) of the Constitution and paragraph 2.2(d) of the second schedule of the Constitution on the 2022 NBA general election is that it is only the North Eastern geographical zone in the North that is yet to produce the NBA President, and therefore only candidates from the North East are eligible to contest the 2022 NBA Presidential election in view of the rotational principle enshrined in paragraph 2.2(d) of the second schedule to the Constitution. This line of thinking represents the clear and mandatory provision of the Constitution.”

The Campaign Organisation stated that “There is therefore a clear testimony of the incompleteness of the electoral process, which makes it unfair, unfree, non-transparent and non-credible.”

It stated that “While it presently seems that the legal profession in Nigeria is sitting gingerly on a ticking time-bomb, may I ultimately reiterate that the leadership of the Bar has an all-important statutory, legal, professional and moral duty to ensure the protection, promotion and defence of the unity, indivisibility and indissolubility of the Bar in Nigeria which has been glaringly bedevilled by too many a crisis in recent times.” 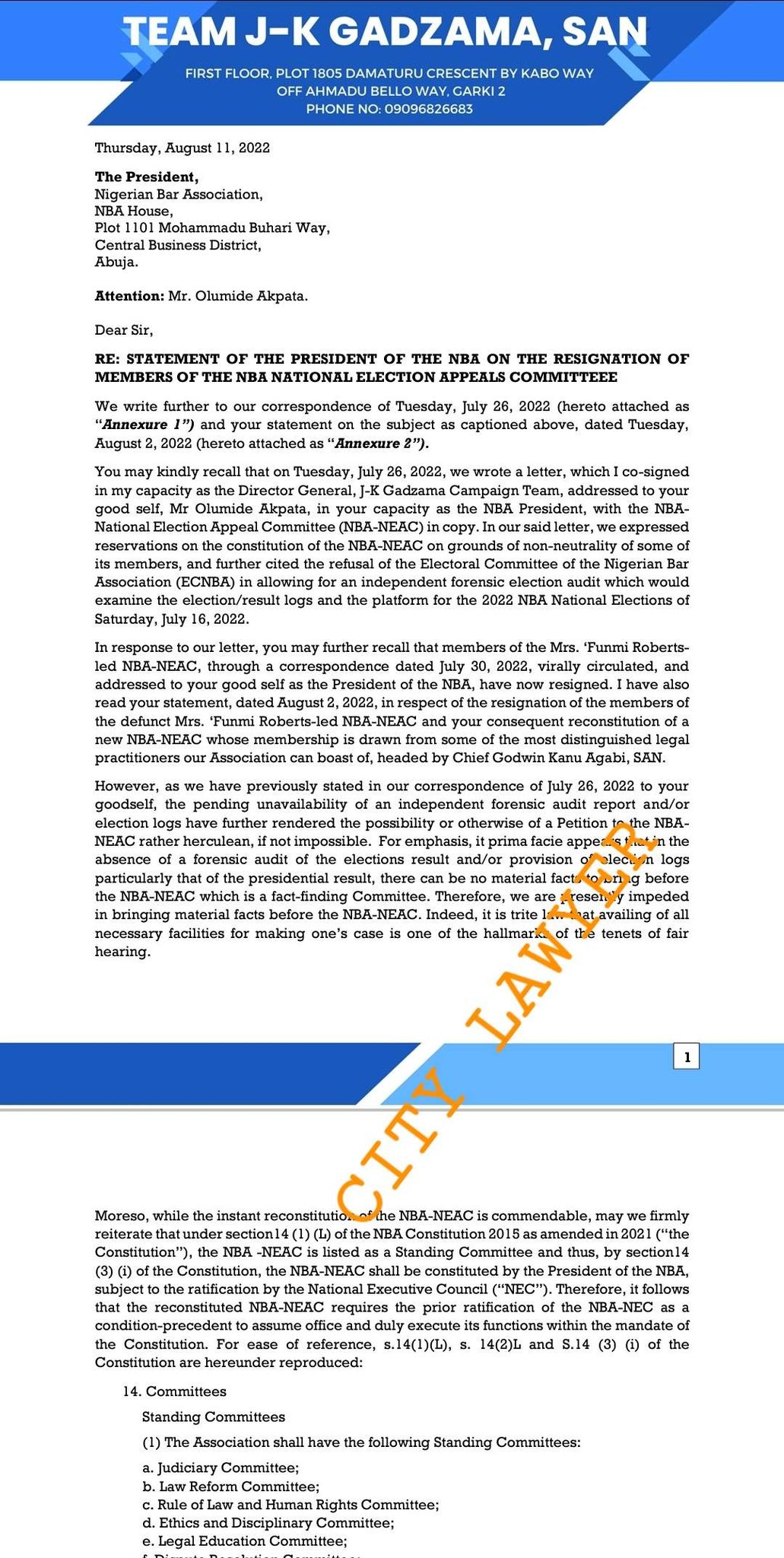