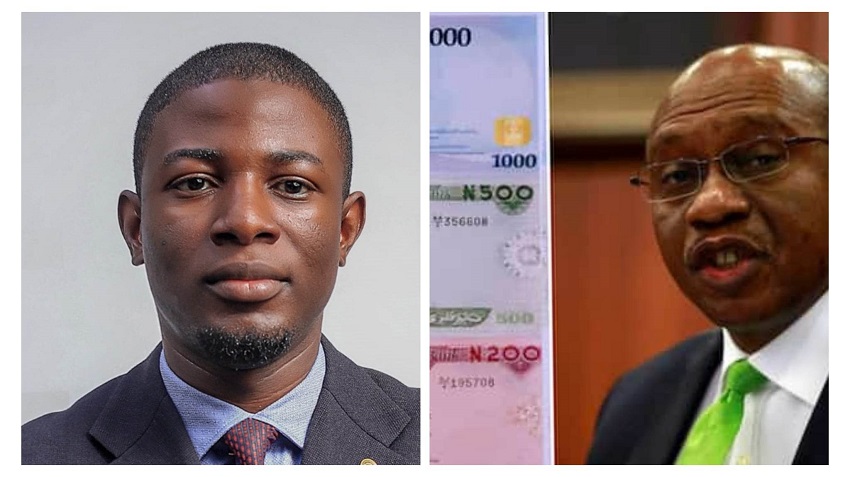 On Wednesday, November 23, 2022, the President of the Federal Republic of Nigeria launched the redesigned N200,N500 and N1000 Naira notes. The Central Bank of Nigeria (CBN) Governor, Mr. Godwin Emefiele and other dignitaries were in attendance. The new currency notes are now supposedly in circulation since December 15, 2022, with both the new and old notes to run concurrently as legal tenders until January 31, 2023.

In explaining the overriding objective behind this initiative, the CBN in a press release dated November 11, 2022, signed by Mr. Osita Nwanisobi, the CBN’s Director of Corporate Communications, claims it is committed to preserving the integrity of the local legal tender by reducing the significant amount of cash outside the banking system and its use for criminal activities, curtailing currency counterfeit and promoting financial inclusion, amongst others.

While these objectives are lofty really, the response of the banking public to the implementation of the policy has been mixed and deservedly so. On one hand, the policy has ensured an increased currency deposit across banks and other financial institutions. In fact, the CBN stated that of the N3.23 trillion currency in circulation, N2.73 trillion was outside the vaults of commercial banks across the country; and supposedly held by the public. However due to the instant naira redesign initiative, it is reported that more than N2 trillion has been pulled back into the vaults of banks as well as that of the CBN.

On the other hand, the banking public have expressed their concerns over the continued scarcity of the new naira notes which now puts the preparedness of the CBN in doubt. Although officially, commercial banks across the nation have commenced dispensing the newly redesigned N200, N500 and N1,000 Naira notes on Thursday, December 15, 2022, many banks’ branches in reality are yet to begin giving out the new notes. Commercial Banks still issue old notes over the counter and continue to load ATMs with the same. As to why the scarcity of the new notes linger, most of these commercial banks have arrogated their inability to dispense new notes to inadequate supply from the CBN. These realities now cast doubts on the CBN’s ability to meet its January 31 deadline, leaving many to wonder and indeed this writer too, if the implementation of the CBN’s redesigned naira policy and the circulation of same is a well-thought-out venture or a thoughtless one? And in view of the extant laws governing the issuance, form and design of legal tenders in Nigeria, is the newly redesigned legal tender, even legal?

Thoughtful or Thoughtless?
The CBN commenced officially dispensing the newly redesigned noted on December 15, 2022. Deadline for use of the old note is presently pegged at January 31, 2023. This means a total of 47 days within which to adequately supply the newly redesigned notes to Nigerians. This is a period less than two months. This timeframe is less than 7 weeks cumulatively.

In view of the foregoing, the World Bank in its report accessed that the timing and short transition period for the new naira may have negative impacts on economic activity. The World Bank thus advised that “international experience suggests that rapid demonetizations can generate significant short-term costs, with small-scale businesses, and poor and vulnerable households, potentially being particularly affected due to being liquidity-constrained and heavily reliant on day-to-day cash transactions”. The CBN would have none of these advisories and have continued to push for its January 31, 2023 deadline even in light of the many bottlenecks stifling a successful circulation of the redesigned naira.
This has left many wondering if the in-situ stance was a thoughtful one, especially considering that the CBN had only recently revised its policy on Cash Withdrawal Limit after much ruckus from the public and the request from the National Assembly to considerably adjusts same.

Is the New Redesigned Legal Tender, Legal?
Even more worrisome is the legal status of the newly redesigned naira notes and whether due process was followed. The CBN Act provides in Section 19(1)(b) that the currency notes issued by the CBN shall be of such forms and designs and bear such devices as shall be approved by the President on the recommendation of the Board.

Firstly, this writer cannot access any public record/gazette containing recommendations on the form and design of the new notes by the CBN Board of Directors to Mr. President, especially preceding Mr. President’s purported approval. It was only reported that Mr President had approved the redesigned naira after the Minister of Finance claimed that her ministry was not consulted or carried along in the naira redesign plans. However as to the form and substance of this purported approval, this writer, as well as the people he had interviewed, cannot tell or confirm. It is also curious whether the form and design of our currency should only be reported as approved by Mr President, through a public show of approval and fanfare and photo ops. This writer is not aware of any written instrument of approval from Mr. President and can also not confirm that there was any recommendation by the Board of the CBN to Mr President on the form and design of the redesigned naira notes.

Secondly, the CBN Governor cannot ipso facto declare a new design. According to Section 6(2) of CBN Act, the Board of Directors (the Board) of the CBN shall consist of a Governor who shall be the Chairman, four Deputy Governors; the Permanent Secretary, Federal Ministry of Finance; five Directors; and the Accountant-General of the Federation.

Though the Permanent Secretary of the Federal Ministry of Finance is a member, the Minister of Finance, Budget and National Planning, Zainab Ahmed had declared that the CBN did not carry her ministry along in its naira redesign plans. This suggests that the Board may have never met to make any recommendation in respect of the redesigned naira, or that the Board was not properly constituted before her recommendations for the redesigned currencies or that the Board formed a quorum with the Permanent Secretary in absence, or just outrightly that the Minister of Finance was being economical with the truth. Whatever the case, it is quite crystal that a proper and valid recommendation of the Board must precede the approval of a change in the form and/or design of the naira, before the approval of the President can be validly obtained and properly granted. This is doubtful in light of the suggestions herein.

On the withdrawal of old currency notes and cessation as legal tender on or before January 31, 2023, there are also legal implications. Section 20(3) of the CBN Act states that the CBN “shall have power, if directed to do so by the President and after giving reasonable notice in that behalf, to call in any of its notes or coins on payment of the face value thereof and any note or coin with respect to which a notice has been given under this sub-section, shall, on the expiration of the notice, cease to be legal tender”.

In essence, there must be a DIRECTIVE from Mr. President and REASONABLE NOTICE must be given for recalling old notes in circulation where a new currency is introduced. Again, it is not within the immediate confirmation of this author that Mr president had issued such a directive to the CBN and it is not verifiable on the CBN’s official website. Moreso giving less than three months’ notice for the change to a new currency and calling for all old currency within that timeframe cannot in good conscience and for a country with over 200 million population be reasonable, especially as the Apex bank is even yet to, as claimed by commercial banks, adequately and appropriately supply the redesigned currency for onward dispensing to customers.

The Way to Go?
As a matter of urgency, the Economic and Financial Crimes Commission (EFCC) must pursue currency hawkers, Persons of Interest/Politicians and others who have mopped up the very few new naira notes recently released by the CBN. Some claim that the CBN and Deposit Money Banks are in collusion with currency hawkers who sell the new notes on the black market to wealthy “customers”. If we must not transmute to the days of yore where 90 percent of the Nigerian currencies were in the hand of a select few, the trend must be looked into and nipped in the bud. Section 21 (4) of the CBN Act has already made it an offence punishable with a fine of N50,000 naira or 6 months imprisonment or both, for any person to hawk, sell or otherwise trade in the Naira notes, coins or any other note issued by the CBN. The CBN is empowered by section 6(3)(f) of the CBN Act to carrying out such other activities as are necessary and expedient for the purposes of achieving its objectives and should take a more active role in ensuring the prosecution of offenders. At the very least, the CBN, as a regulator, cannot afford to be complicit in this nefarious and illegal venture and any of its staff found wanting must and should accordingly face the necessary sanction.

This writer has also read in the Thisday Newspaper of Wednesday the 11th of January, 2023, that the CBN has warned that it will penalize banks that fail to comply with its directive to dispense the newly redesigned N200, N500 and N1000 through their ATMs. The Apex bank is also insistent on the January 31, 2023 deadline for the withdrawal of old notes in circulation. It is interesting to note that even in the face of all these “threats”, there is no clear-cut punitive measure in the event of a breach. And at the moment, there is no implication for non-compliance from the Bank save the threat of a penalty. There is also no monitoring mechanism for the implementation of the policy.

As with the CBN policy on Cash Withdrawal Limit which was revised after much ruckus from the public and the request from the National Assembly that withdrawal limits be considerably adjusted, the CBN must urgently review its naira redesign policy within the prism of legality and practicability. It must also consider the viability of its logistics just so the issue of inadequate supply is taken care of. It is not rocket science that there is a scarcity of the new redesigned notes. The feasibility of achieving an adequate supply of the notes to Nigerians through the commercial banks is looking slim given the narrow timeframe.

Hassan Olalekan Sherif is an Abuja based legal practitioner. He is a Legal Associate with J-K Gadzama LLP and can be reached at hassanolalekansherif@gmail.com. The views expressed in this article are solely those of the author.