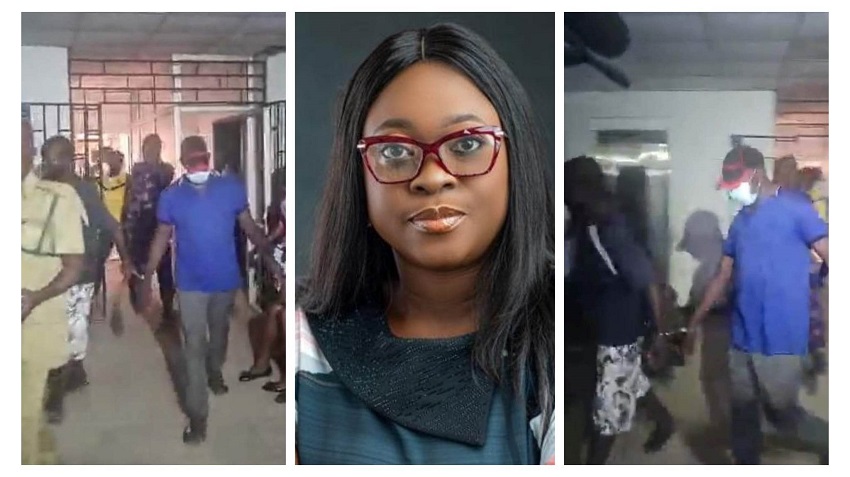 The Lagos State Government has commenced prosecution of an Assistant Superintendent of Police (ASP), Mr. Drambi Vandi for the alleged murder of a Lagos-based lawyer, Mrs. Omobolanle Raheem on Christmas Day.

Meanwhile, the deceased will be buried today after a funeral service at the Olive Tree Parish of the Redeemed Christian Church of God, Banana Island, Lagos.

This is coming on the heels of a Service of Songs held yesterday at the same venue as well as a Day of Tributes organized by the Nigerian Bar Association (NBA) in honour of the deceased.

Lagos Attorney-General and Commissioner for Justice, Mr. Moyosore Onigbanjo, SAN yesterday led the prosecution as Vandi was arraigned before Justice Ibironke Harrison of the Lagos State High Court sitting at Tafawa Balewa Square (TBS) on a one-count charge of murder.

The charge read: “ASP Vandi on the 25th of December 2022 at Ajah roundabout along Lekki-Epe Expressway Lagos in the Lagos Judicial Division unlawfully killed one Omobolanle Raheem (F) by shooting her in the chest.” Vandi pleaded not guilty.

Onigbanjo informed the court that the prosecution had two witnesses, Mr. Matthew Ameh and Mr. Ebimini – both Police Inspectors.

He explained that before they were posted out for work that morning, the Divisional Police Officer of the Ajah Division cautioned all the police units under his control against indiscriminate firearms use.

Ameh said: “(The DPO stated) That as we were going out, our duty was to protect life and property, that on no account should anyone use his firearm unless someone’s life is in danger or your life is in danger.”

He stated that they were on a “stop and search” duty under the Ajah Bridge on Christmas Day when a Toyota car approached.

He said: “Ebimini was in front, I was in the middle while Supol Vandi was the last man behind (us).”

Ameh said as the car approached Ebimini, he flagged it down but the car drove past.

“The next thing I heard was a gunshot. I looked back to see what was happening and I saw the vehicle with the glass falling.”

He told the court that “It was the front screen (windscreen)” that fell off.

“The next thing I saw again was a dark woman jumping down from the vehicle and holding Supol Vandi. She said: ‘Oga, you have killed my sister.

“The woman held him and before I and Ebimini could get to them, they had entered the car, locked it and zoomed off. We do not know where they drove to.”

He said when they returned to their police station, their Divisional Police Officer (DPO) drove in with Vandi in a patrol van.

The NATION reports that proceedings were delayed for over an hour following Odutola’s absence.

Justice Harrison stood down Vandi’s arraignment until the lawyer showed up at past 11am.

The judge, upon being informed of the presence of Nigerian Bar Association (NBA) President Mr. Yakubu Maikyau, SAN, and the NBA Lagos Branch Chairman, Ikechukwu Uwanna, urged them to make interim arrangements for a lawyer to defend Vandi pro bono. Maikyau agreed.

Vandi, an Assistant Superintendent attached to the Ajiwe Police Station in Ajah, Lagos State, allegedly shot Raheem while she was returning from a Christmas Day outing with her family members.

He was arrested and appeared before Chief Magistrate C.A. Adedayo on December 30, 2022, a day after the Police Service Commission (PSC) approved his suspension.

The magistrate ordered that he be remanded at the Ikoyi custodial facility pending advice of the Lagos State Director of Public Prosecutions.

To view some highlights of the trial, click here.