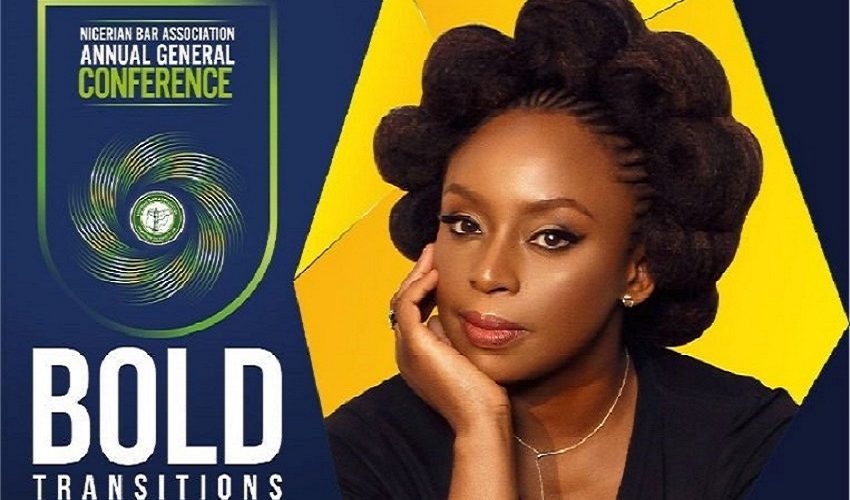 The Nigerian Bar Association has announced Chimamanda Ngozi Adichie as Keynote Speaker at its forthcoming Annual General Conference in Lagos.

Adichie, author of Purple Hibiscus, Half of a Yellow Sun, Americanah, and several other works, will be speaking at the opening ceremony of the conference in August.

The conference, themed “Bold Transitions”, will take place at the Eko Atlantic City, Victoria Island, Lagos from 19th to 26th August, 2022. Registration for the conference is ongoing at www.nbaconference.com, with and early bird window which will run until 17th July.

Chimamanda Adichie was born in Enugu, Nigeria in 1977 and grew up on the campus of the University of Nigeria, Nsukka, where her father was a Professor and her mother was the first female Registrar.

Ms. Adichie has delivered two landmark TED talks – her 2009 TED Talk ”The Danger of A Single Story” and her 2012 TEDx Euston Talk ”We Should All Be Feminists”, which was published as a book in 2014.

Adichie’s work has been translated into over 30 languages. Her first novel, Purple Hibiscus (2003), won the Commonwealth Writers’ Prize; her second novel, Half of a Yellow Sun (2006), won the Orange Prize; and her 2013 novel, Americanah, won the US National Book Critics Circle Award and was named one of The New York Times Top Ten Best Books of 2013. A story from her collection, The Thing Around Your Neck, was awarded the O Henry Prize.

Her other works include Dear Ijeawele, or a Feminist Manifesto in Fifteen Suggestions, published in March 2017, and Notes On Grief, an essay about losing her father, published in 2021.

“The aim is to have leading lawyers and thought leaders in the various fields to discuss and harmonise positions on the way forward on building a more effective Bar and a resilient country able to thrive amidst changing global dynamics,” Erojikwe said. 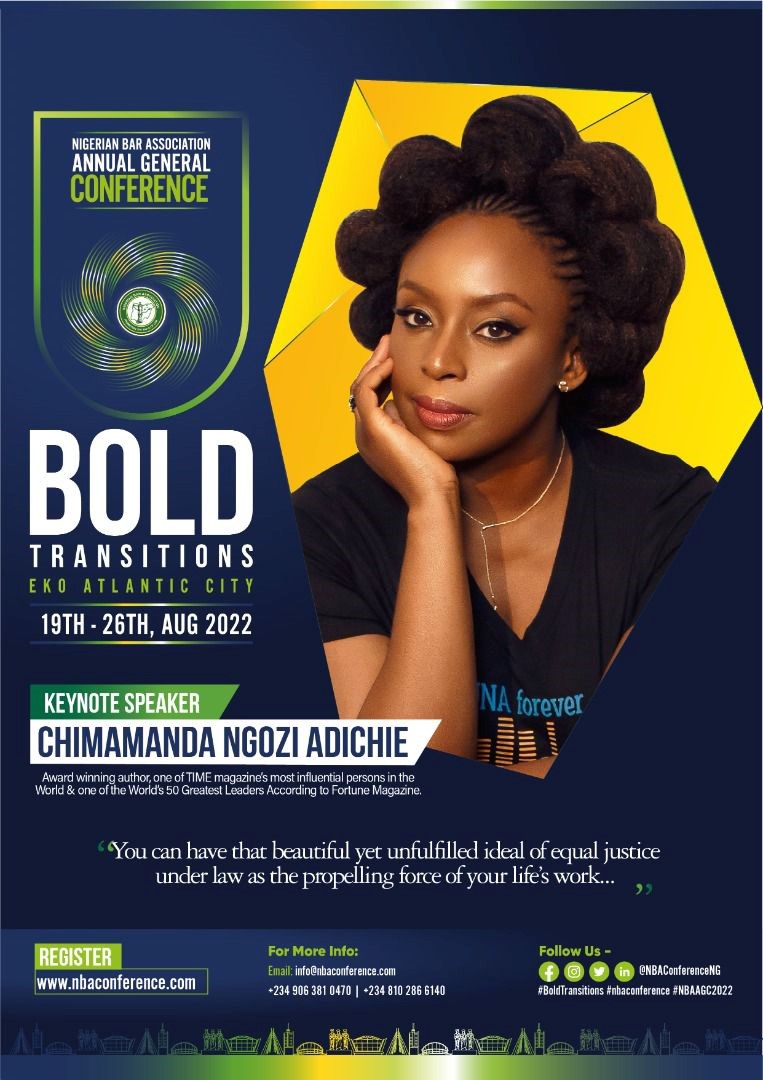