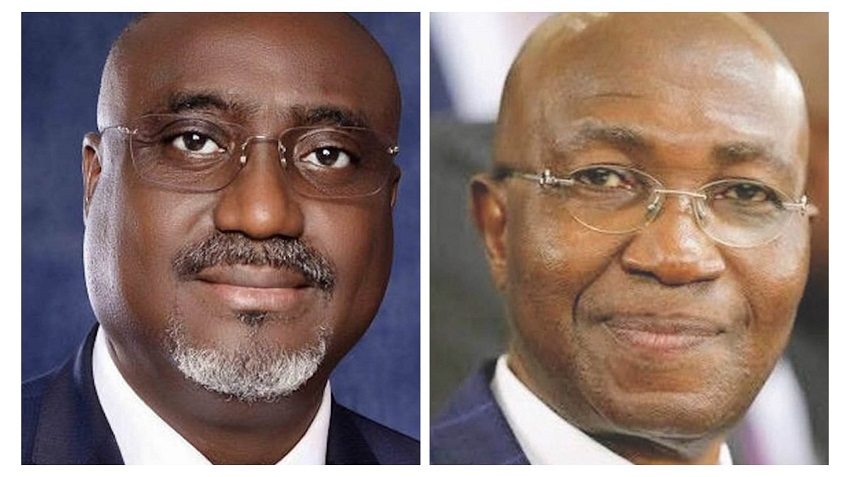 Members of the Nigerian Bar Association National Executive Council (NBA-NEC) rose from their maiden meeting under the leadership of NBA President, Mr. Yakubu Maikyau SAN with a unanimous resolution that leading lawyer and embattled Body of Benchers Chairman, Chief Wole Olanipekun SAN should recuse himself from office.

This followed a motion to ratify Maikyau’s letter to Olanipekun asking him to recuse himself from both the recent Call to Bar ceremonies and as Chairman of the Body of Benchers.

Following a heated debate on the matter, members resolved that the demand for recusal was not a personal battle of the NBA President but an issue that affects the entire legal profession.

Meanwhile, the NBA-NEC has also ratified the nomination of the immediate past NBA President, Mr. Olumide Akpata as a returnee-member of the elite Body of Benchers alongside two others. CITY LAWYER had in an exclusive report noted that the benchers had “stepped down” consideration of Akpata’s nomination on the ground that his curriculum vitae was not attached to Maikyau’s nomination letter. Olanipekun had during the debate on the matter at the last Body of Benchers meeting hinted that NBA nominees to the body were presented to NEC for ratification during his tenure as NBA President.

CITY LAWYER had in an exclusive report cited a complaint by former Minister of Energy and Petroleum ministries, Mr. Odein Ajumogobia SAN over an email from Ms. Adekunbi Ogunde, a Partner in Wole Olanipekun & Co, allegedly soliciting to take over a brief his law firm was handling from his client, SAIPEM SPA. Following his demand for an apology, Wole Olanipekun & Co apologized for the debacle and disowned the Partner. NBA has since filed a petition against the embattled senior lawyer at the Legal Practitioners Disciplinary Committee (LPDC), an arm of the Body of Benchers. An ancillary prayer to indict other partners in the law firm was dismissed by a preliminary investigative panel of the committee.

The NBA-NEC also ratified the decision of the National Executive Committee to hold next year’s Annual General Conference (AGC) in Abuja from August 25 to September 1, 2023. Maikyau was given anticipatory approval to constitute committees for the association, including the Technical Committee on Conference Planning (TCCP).

The meeting ratified a list of Co-opted NEC Members issued by Maikyau. Notable among the highlighted members was the Registrar-General of the Corporate Affairs Commission (CAC), given that the CAC had lately been estranged from NBA activities. Also listed was the Solicitor-General of the Federation among others. Controversy has however trailed the “list,” as CITY LAWYER gathered from unimpeachable sources that not even NBA National Officers have seen the full list of Co-opted Members. This has raised issues as to the exact list that was ratified by NBA-NEC.

CITY LAWYER gathered that the meeting also resolved that NBA should sanction all promoters of the new lawyers’ association, the Law Society of Nigeria (LSN). Sources told CITY LAWYER that former NBA General Secretary, Mr. Nimi Walson-Jack was singled out for serious lampooning, even as some argued that he was merely a solicitor to the promoters of the new law society.

Meanwhile, the NBA may soon publish images of those suspected to have participated in the invasion of NBA booths designated for distribution of materials at the last Annual General Conference. CITY LAWYER gathered that the Mr. Wale Fapohunda SAN-led Conference Incident Investigation Committee has identified some suspects whose pictures were displayed at the meeting.

CITY LAWYER also gathered that Maikyau berated his erstwhile opponent at the last NBA Elections, Chief Joe-Kyari Gazama SAN for his petition to the Body of Benchers over the conduct of the recently concluded NBA Elections. Noting that Olanipekun had apologized to Gadzama at the last benchers’ meeting for not reading out his letter of complaint on the alleged infractions during the elections, Maikyau reportedly berated Gadzama for the complaint, noting that he dusted him at the poll with more than half of Gadzama’s tallied votes.