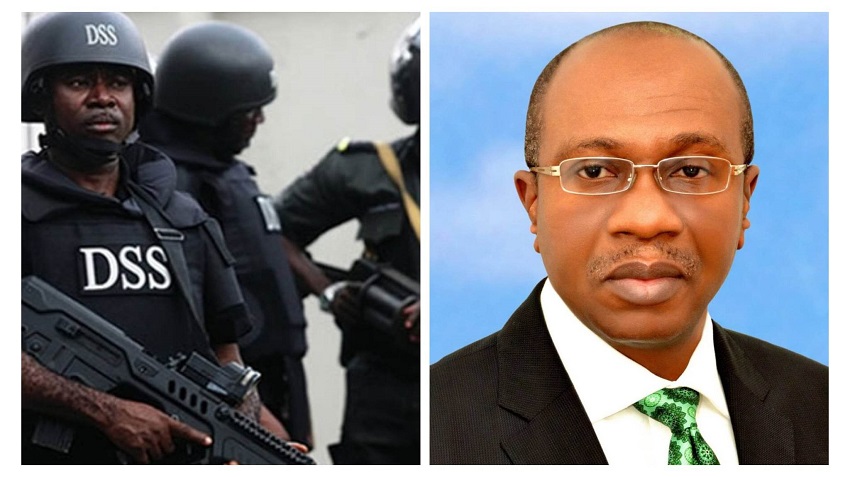 The Federal High Court has berated the State Security Service (SSS) for its plot to use the court to arrest Central Bank of Nigeria (CBN) Governor, Mr. Godwin Emefiele.

The court also wondered why the secret police did not fully disclose the identity of the “Godwin Emefiele” that it plans to arrest, even as it also noted that the SSS application is riddled with procedural irregularities.

The Chief Judge of the Federal High Court, Justice John Tsoho noted that the requisite consent of Emefiele’s “boss” was not sought and obtained prior to the application, saying: “This is not the situation here, as Godwin Emefiele, the CBN Governor was shown on Television, even last night, having audience with the President of Nigeria. It therefore seems that the Applicant Intends to use the Court, as a cover for an irregular procedure, which is unacceptable.”

The jurist stated that the usual procedure had been for the secret service to seek detention or further detention of a suspect after arrest, adding that the SSS has not placed any evidence before the court to justify its quest to arrest the CBN Governor.

Below is the full text of the ruling:

“Upon perusal of the documents that constitute the Applicant’s Motion Ex Parte dated and filed on 7/12/2022, I am constrained to make the following vital observations:

“The entire affidavit depositions, especially as per paragraph 4 of the supporting affidavit, purport that preliminary investigation has revealed various acts of Terrorism Financing, fraudulent activities perpetrated by the Respondent and his Involvement in economic crimes of national security dimension. These are no doubt, grave allegations, but which the Applicant has not presented any concrete evidence to support. The Applicant should have taken the Court into confidence, while seeking the exercise of its discretion in favour of granting Its application. It is my respectful opinion that the ipse dixit of the Applicant standing on its own, is not sufficient evidence upon which to deprive a person of his liberty.

“The Respondent in this application is named as “Godwin Emefiele” without disclosure of his status or position anywhere; not even in the affidavit. It is left to speculation if the “Godwin Emefiele” is the same person as the serving Governor of the Central Bank of Nigeria. If it is, then he is unarguably a high ranking Public Official In Nigeria and indeed occupies a sensitive position as one of the key drivers of the Nation’s Economy. Therefore, an application of this kind should have evidence of the approval of the Respondent’s boss, that such measures are authorised to be taken. I however do not find such evidence in this instant application, whereas it is a necessary procedure in the observance of the Rule of Law.

“It is noted that it has been the practice of the Applicant to seek detention of a Respondent or further detention, for a definite period of time, when such Respondent is already arrested and is in their custody and that fact is clearly disclosed in the supporting affidavit. This is not the situation here, as Godwin Emefiele, the CBN Governor was shown on Television, even last night, having audience with the President of Nigeria. It therefore seems that the Applicant Intends to use the Court, as a cover for an irregular procedure, which is unacceptable.

“In the light of the foregoing reasons, I decline to grant this application Ex parte. If the Applicant believes that the evidence available to it so far is sufficient, then it can as well arrest and detain the Applicant, even without the Order of this Court. If however the Applicant desires to still pursue this application, then It should place the Respondent on Notice, considering the sensitive Public Office that he occupies.

“This application as presently constituted is refused.”