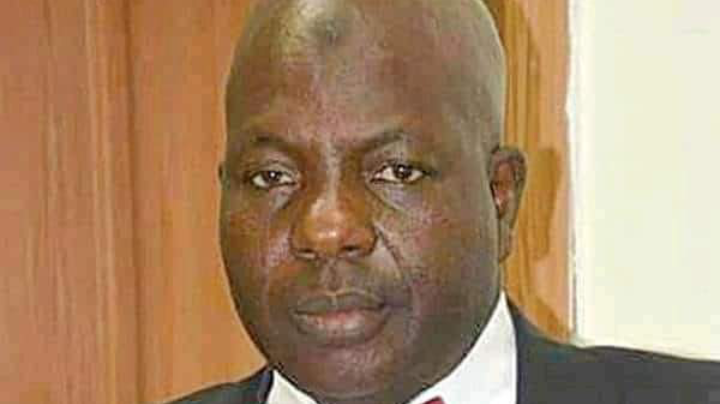 Asked whether he was satisfied with the outcome of yesterday’s NBA-NEC meeting which fell short of impeaching Oduah due to a pending lawsuit at the Federal High Court, Abdul-rasheed said cryptically: “Not at all!”

He told CITY LAWYER that “It (ratification) is a decision that made mockery of the fundamental objective of the NBA.”

Oduah however fought back, dragging NBA to the Federal High Court. Her attempt to secure interim reliefs and superintend over the NBA Secretariat at today’s meeting failed as the court refused to grant her interim reliefs. The matter has been adjourned to Tuesday for hearing of her Motion on Notice.

Oduah had urged NBA-NEC members to refrain from taking any action that may lead to her removal as General Secretary, citing the court case.

In an email sent to all NBA-NEC members among others, Abdul-rasheed stated that the suspended NBA General Secretary “received notice of a purported resolution passed by the Members of the National Executive Committee the NBA under the supervision and manipulation of Mr. Olumide Akpata, the 31st President of the Nigerian Bar Association.”

Dated August 18, 2022, the email was copied to the Attorney-General of the Federation and Minister of Justice, NBA Trustees, all Senior Advocates of Nigeria, members of the Body of Benchers, National Executive Committee members, chairmen and secretaries of NBA branches, co-opted NBA-NEC members, past NBA National Officers, and all NBA members.

Abdul-rasheed argued that the suspension of a National Officer “is not contemplated by the Constitution of the NBA,” adding that “members of the Executive Committee have no vires to discipline or suspend our client from office as they purport to do in their misguided resolution.”

He prayed the NBA-NEC members to respect the pending case, noting that Oduah is “the center gravity and engine room of NBA-NEC meetings” and that “The purported suspension of our client was illegally carried out.”

The email which was titled “RE: SUIT NO : FHC /ABJ/CS/1426 /2022 Between: Mrs . Joyce Oduah V . The Incorp. Trustees of the NBA,” noted that the matter came up for hearing last Thursday, adding that “At the proceedings, the Incoorporated (sic) Trustees of the Nigerian Bar Association was represented by Mr. Solomon Umoh, SAN, while Mr. Olumide Akpata, the President of the NBA, was in Court in person and represented by Mr. Godwin Omoaka, SAN. The Defendants therefore are aware of the pendency of the action.”

Noting that NBA’s core objective “is promotion and protection of the principles of rule of law and respect for fundamental rights, human rights and people’s rights, Oduah’s counsel stated that “we have our client’s instruction to to respectfully pray the NBA-NEC thus:

i. that all steps be taken by the NEC to ensure the pending litigation and proceedings of the Honourable Court is respected;

ii. that all parties to the pending litigation respect the rule of law and desist from taking any steps, action(s), move motion(s) and/or pass resolution(s) and/or not doing anything capable of jeopardizing and/or disrespecting the pending proceedings before the Honourable Court; and

iii. that the subject matter of the pending litigation, which is now caught by the doctrine of les pendens, is not discussed, put to vote, motion(s), resolution(s) and/or decided upon by the NEC.”

In a veiled reference to Akpata, Abdul-rasheed prayed that “NEC will NOT allow any member, no matter how highly placed or influential, to surreptitiously move her to take any of the above actions.”