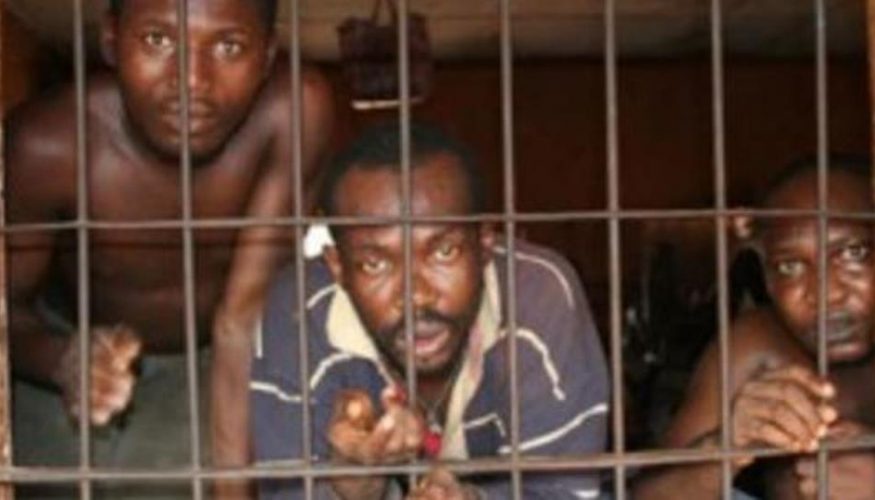 The Avocats Sans Frontières France (ASF France) has secured the release of three suspects detained for about eight years in Lagos State. According to a statement by Angela Uwandu, the Head of Office of Avocats Sans Frontières France, the victims are beneficiaries of ASF France’s pro bono legal aid, on the wings of the European Union and AFD funded “Strengthening the National Actors Capacities and Advocation for Ending Severe Human Rights Violations in Nigeria project” (SAFE) project.

Condemning a system which subjects suspects to prolonged pre-trial detention, Uwandu said: “No justice system should subject anyone to 8 years awaiting trial. It is simply a failure of the system and a gross violation of the rights of citizens.”

Meanwhile, ASF France in collaboration with its local partners, the Carmelite Prisoners Interest Organisation (CAPIO) and the Nigerian Bar Association (NBA), also held trainings for security agencies, media and CSOs in Lagos State. Said Uwandu: “The insightful trainings were on the wings of the “Strengthening the National Actors Capacities and Advocation for Ending Severe Human Rights Violations in Nigeria project” (SAFE), funded by the European Union and the Agence Française de Développement (AFD), which is targeted at addressing human rights violations of torture, extra-judicial killings and arbitrary detention.

The statement on the freed detainees is below:

As part of its efforts in promoting the enjoyment of Human Rights in Nigeria, Avocats Sans Frontières France (ASF France), has successfully enforced the fundamental human rights of three victims of arbitrary detention in Lagos state. The victims are beneficiaries of ASF France’s pro bono legal aid, on the wings of the European Union and AFD funded “Strengthening the National Actors Capacities and Advocation for Ending Severe Human Rights Violations in Nigeria project” (SAFE) project.

The cases of Mr. Adewale F, Mr. Ifekoya S and Mr. Kola A were all handled between the months of September 2020 and December 2020. The striking similarity amongst the three (3) cases is that all beneficiaries had been arbitrarily detained for over 8 years, with Mr. Kola spending the most (over 9 years) in arbitrary detention.

Mr. Adewale had gone to the Police station to report a case of theft which occurred when some women were confronting him on the issue of a missing child. He was arrested because the women made a counter-report against him, accusing him of being in possession of the missing child. Mr. Adewale couldn’t afford the finances required to process his bail, thus he was transferred to SARS Office at Lagos State Police Command Headquarters, Ikeja and was then charged with armed robbery and remanded in custody. Mr. Adewale had never appeared in Court since 20/05/2013.

Similarly, in the case of Mr. Ifekoya, who was accused of failure to prevent a felony. He had given a lift to a friend who was wanted by the Police. Mr. Ifekayo couldn’t produce his friend when requested by the Police. He was then remanded in Kirikiri Medium Security Custodial Centre since 2012. The third detainee, Mr. Kola, was also remanded in the same custody since 2012 without trial until ASF France’s intervention.

ASF France, tendered separate applications to the Lagos State High Court on behalf of the 3 detainees, particularly seeking for the unconditional or conditional release, citing the violation of their fundamental human rights, their rights to personal liberty and freedom of movement, provided under the sections 35 and 41 of the constitution of the Federal Republic of Nigeria 1999 as amended.

All three applications were successful at the Lagos State High Court. In one of the judgments delivered by the Judge, Justice O.O. Abike-Fadipe, she said “No amount of money can compensate for 8 years of one’s life.”

While commending the Judges for the Rulings, Angela Uwandu, the Head of Office of Avocats Sans Frontières France said, “no justice system should subject anyone to 8 years awaiting trial. It is simply a failure of the system and a gross violation of the rights of citizens.” The arbitrariness of these detentions entitles the victims to a remedy and this is what the ASF France legal team has achieved in this case. Avocats Sans Frontières France celebrates these victories, and recognizes them as a step forward for rule of law and human rights protection in Nigeria.

The SAFE project is co-funded by the European Union (EU) and the Agence Française de Développement (AFD), and is being implemented by Avocats Sans Frontières France in Nigeria, in partnership with the Nigerian Bar Association and the Carmelite Prisoners’ Interest Organization.