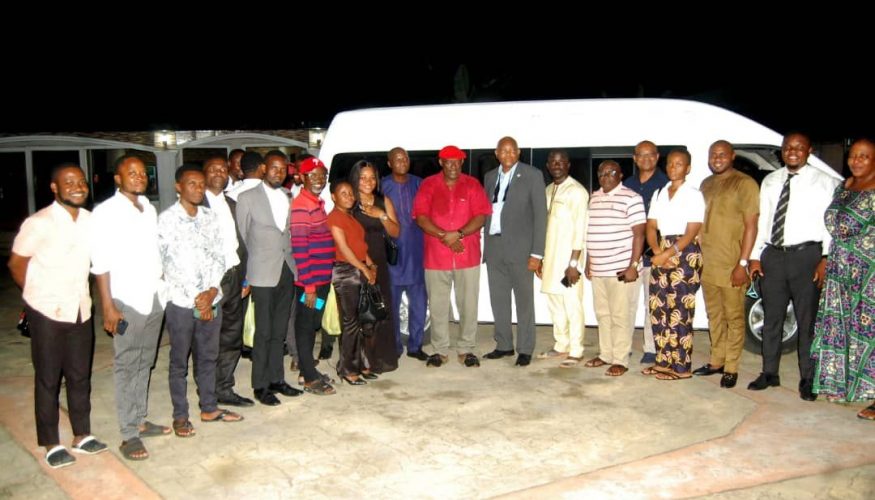 During his stay in Uyo, Akwa Ibom State, Chief Joe-Kyari Gadzama, SAN; Hon. Nimi Walson Jack, past general secretary of the NBA; Kunle Ogunba, SAN; Raphael Udoh; Hillary Ojeke and Blessing Eyibio joined members of the NBA, Uyo branch for a sit out. Mr. Uko Essien Udom, SAN (Attorney General and Commissioner for Justice of Akwa Ibom State) was also present at the sit out which was organized by members of the branch for the Learned Silk.

The Learned Silk lauded the efforts of the branch towards his presidential ambition. He informed all that his presidential ambition was born out of his need to serve the Bar as he owes his success in life to God and the NBA. Also, he noted that in his capacity as the Chairman of the Mentorship Committee of the Body of Benchers, he will keep driving the need for adequate mentorship of young lawyers as it plays a significant role in the advancement of the legal profession.

It was indeed an exciting evening as members were seen with radiant smiles on their faces while interacting amongst themselves and with the Learned Silk.

The Learned Silk utilized this opportunity to reconnect with his friend and also, express his gratitude to other members of the Bar who have been the foot soldiers piloting and projecting his NBA presidential ambition. Mr. David Ekpo, the chairman of the NBA, Ikot Ekpene branch assured the Learned Silk of his undying support and noted that action plans have been drawn out to ensure that the Bar is delivered to the Learned Silk. While commenting on the good deeds of the Learned Silk, Hon. Akan Udo expressed his allegiance to the Learned Silk.

In the course of the evening, there were loud chants of “JKNOWNOW” initiated by Kunle Ogunba, SAN and chorused by others present. It was indeed a beautiful evening which came to an end with the Learned Silk and his guests being treated to both local and continental dishes prepared specially by Mrs. Emem Akpabio.