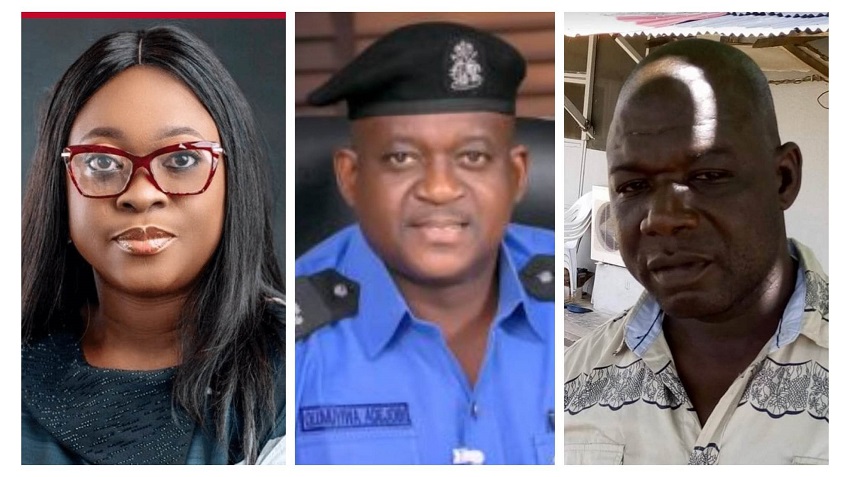 The Nigeria Police Force has debunked the allegation by a former Director in the Ministry of Justice, Mr. Richard Chenge that embattled officer Drambi Vandi had a posting in Niger State.

Vandi allegedly shot and killed Lagos lawyer Bolanle Raheem on Christmas Day while she was returning from church service and Christmas outing with her family.

Chenge had in an exclusive interview with CITY LAWYER alleged that the officer resembles an operative named Zara Vandi who in mid-1990s shot and killed at point-blank range a Nigeria Customs Service officer at a check-point along Minna road. He vowed that his effort to prosecute the case, COP V ZARA VANDI was frustrated by the police high command.

Though he did not disclose Vandi’s full career trajectory, Adejobi said that “The guy has been a very good man. Forget about the story that he was one-time in Niger (State), he was this. He was never in Niger State Command. I debunked that one on a platform yesterday.”

He also alluded to the possibility of a spiritual attack which compelled Vandi to carry out the alleged shooting, saying: “Whatever that happens in the physical realm is controlled in the spiritual realm. That’s the spiritual aspect of it. The man was never drunk; it’s just a news.”

He added that “If something wants to happen, we wouldn’t know the person they have sworn for, whether it is the woman, or the husband or the police; something is wrong somewhere, because it is not common for an ASP to fire. It has always been the rank and file!”

Saying that there is an indictment against Vandi, the police spokesman stated that “We know that Vandi was the one who pulled the trigger based on our preliminary investigation because they gave him twenty-something, I think twenty-three, ammunitions, AK-47 ammunitions; he could not account for two.”

Vandi was charged before a Yaba Chief Magistrate Court for killing Raheem and was remanded at Ikoyi Correctional Centre pending legal advice from the Department of Public Prosecution (DPP). The matter has been adjourned to January 30, 2023.