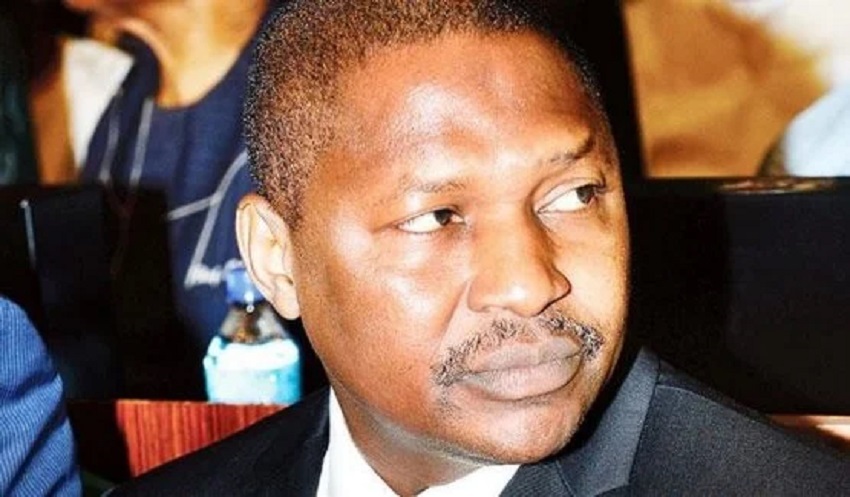 The Federal High Court sitting in Abuja has thrown out an application by the Federal Government for the final forfeiture of $110.5 million (about N45.97 Billion) by Energy Ventures Partners (EVP), the British Virgin Islands company which brokered the sale of the controversial oil licence by Dan Etete’s Malabu Oil & Gas Limited to ENI (Agip).

Justice Obiora Egwuatu, in setting aside the order of interim forfeiture and dismissing the application for final forfeiture, agreed with the Respondents’ submissions, holding that gisince the proceedings were in rem, the proper venue was a Swiss court in the light of the contested fund being domiciled in Swiss banks.

The latest setback to the Federal Government comes on the heels of the recent loss by Nigeria of its $1.8 billion claim against the global banking giant JP Morgan in a London court.

According to the Respondents, Malabu Oil had refused to pay for services rendered by Energy Ventures Partners, which sued and obtained judgment of a London High Court for the fee in 2015. The company kept the bulk of the money in its bank account and those of its sister companies and beneficial owner in Switzerland. It also transferred some of the fund to the companies which funded the litigation through accounts also in Swiss banks.

Nigeria, acting under the International Mutual Legal Assistance scheme, caused the Swiss authorities to freeze the monies and then later embarked upon their recovery by forfeiture proceedings under section 17 of the Advance Fee and Other Related Offences Act.

The Federal Government had obtained by an ex-parte application an order of interim forfeiture of the monies on February 14, 2022 which set the stage for the hotly contested final forfeiture proceedings.

Energy Ventures Partners and its privies – which constituted the first four respondents – however hired leading commercial litigator and white collar defence lawyer, Mr. Chijioke Okoli SAN to lead their legal team and stem the final forfeiture. The litigation funders, constituting the 5th-8th respondents who were initially absent, later joined and filed their papers, adopting the case made by the first set of respondents.

Challenging the forfeiture proceedings, the Respondents faulted the Federal Government’s case on a number of grounds, arguing that it constituted a gross abuse of process.

The court cast aside the Federal Government’s claim of reasonable suspicion of the monies being proceeds of a crime. The court held that “On the contention that the property sought to be forfeited are reasonably suspected to be proceeds of unlawful activities, it was argued by the Respondents that the Italian Court of Appeal cleared the 4th Respondent from allegations of criminal misconduct, the English High Court had adjudged the monies the subject matter of the present proceedings to be legitimate compensation for the services rendered by the 1st and 4th Respondents. The monies paid to the 5th to 8th Respondents are part of the monies legitimately paid to the 1st to 4th Respondents. In the Applicant’s affidavit in support, it was admitted in paragraph 7(xiv) that the dispute between the 1st Respondent and Malabu ended following the rendering of a judgment by Lady Justice Gloster ruling partially in favour of the 1st Respondent (EVP) and awarding it USD 110,500,000 as remuneration for services rendered in the course of negotiations made on behalf of Malabu.

“Indeed by exhibit 2 attached to the 1st-4th Respondents’ counter affidavit, the English (Commercial) Court in a suit between the 1st Respondent herein and Malabu found that… EVP had a contractual right to a reasonable fee and determined that ‘the reasonable (fee) for EVP’s services is $110.5 million, based on a fee of 8.5% of the total disposal consideration of $1.3 billion.’…. By exhibit 2, the English High Court determined with finality that the monies the subject matter of the present forfeiture proceedings was the lawful and just entitlement of the 1st-4th Respondents for services rendered.

“I agree with Respondents’ senior counsel that parties for the purposes of the application of res judicata extends to those with interest in the subject matter of litigation, with the result that if they were aware of the case but chose to stand by and let others fight their battle then they would be bound in the same way as the actual parties. He is deemed to have waived his right to complain and he is certainly bound by the outcome of such action. See Green v. Green (1987) 3 NWLR (Pt.61) 480; Kurma v. Sauwa (2019) 3 NWLR (Pt.1659) 247 at p.261 para. F. The Applicant from the evidence before this Court was aware of the proceedings between the 1st Respondent and Malabu but chose to stand by. They are bound by the decision in exhibit 2. It is not only exact parties to a case that are caught by the doctrine of res judicata and issue estoppel but also their privies. I agree with the learned senior counsel for the Respondents that in the circumstances of this case that Malabu Oil & Gas Ltd (the defendant in exhibit 2) and the Applicant herein are privies for purposes of the monies.”

The Court also held that “the Applicant concealed facts from this Court in obtaining the interim order of forfeiture.”

The multiple losses by the Federal Government in several jurisdictions in cases arising from the Malabu saga has raised concerns on the huge resources being spent on the cases in light of lean and dwindling resources. 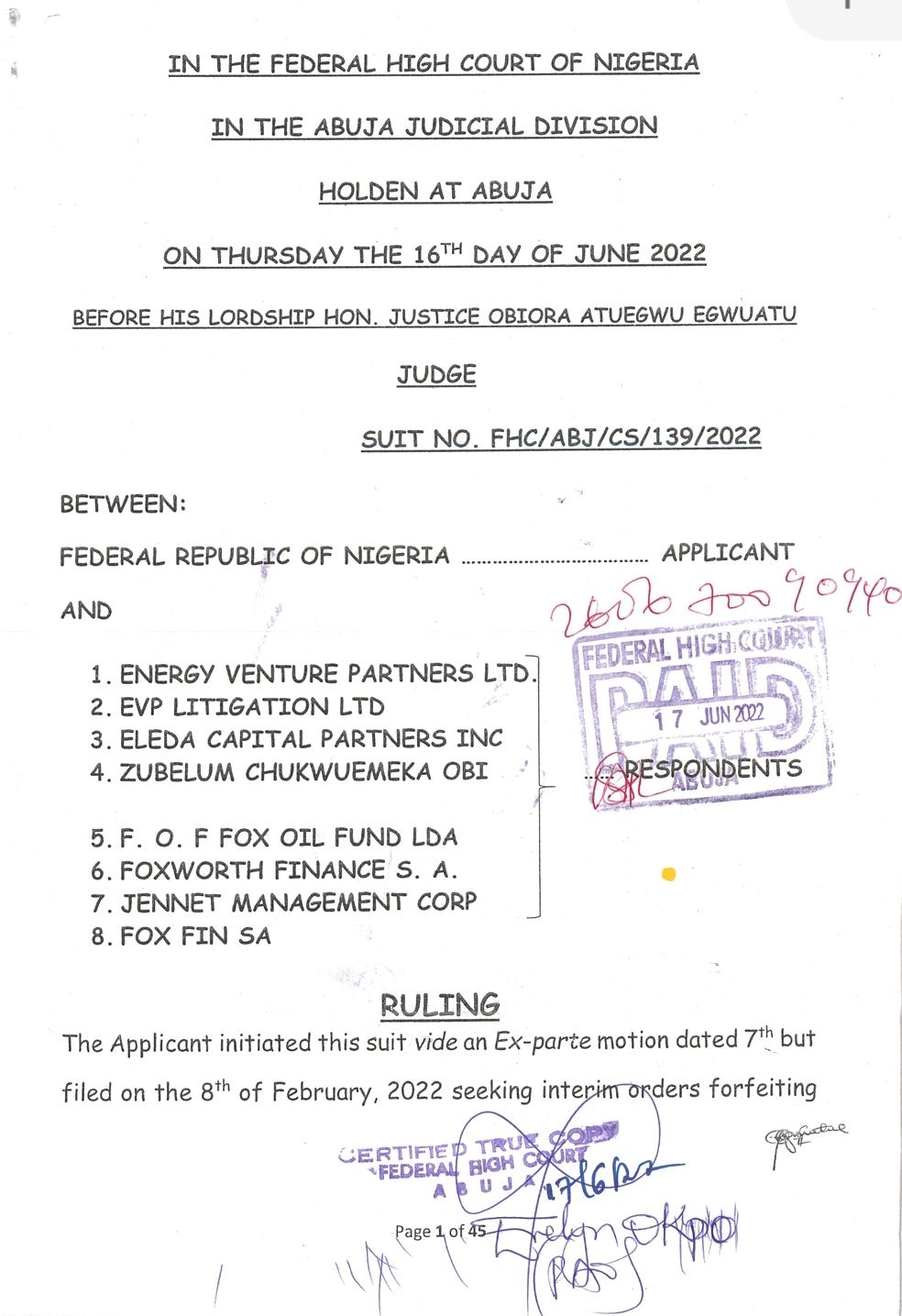 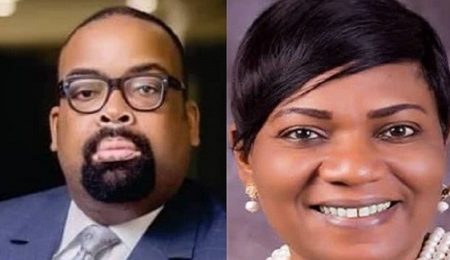 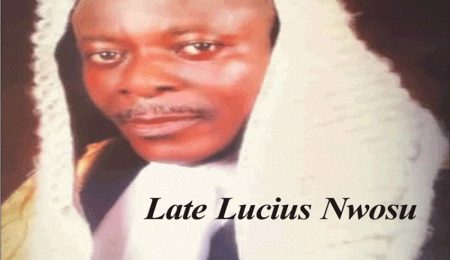 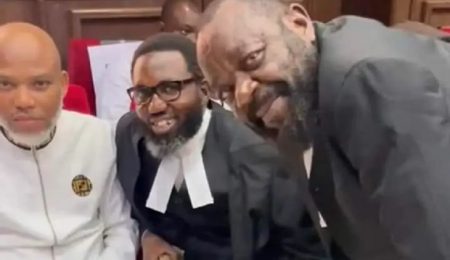